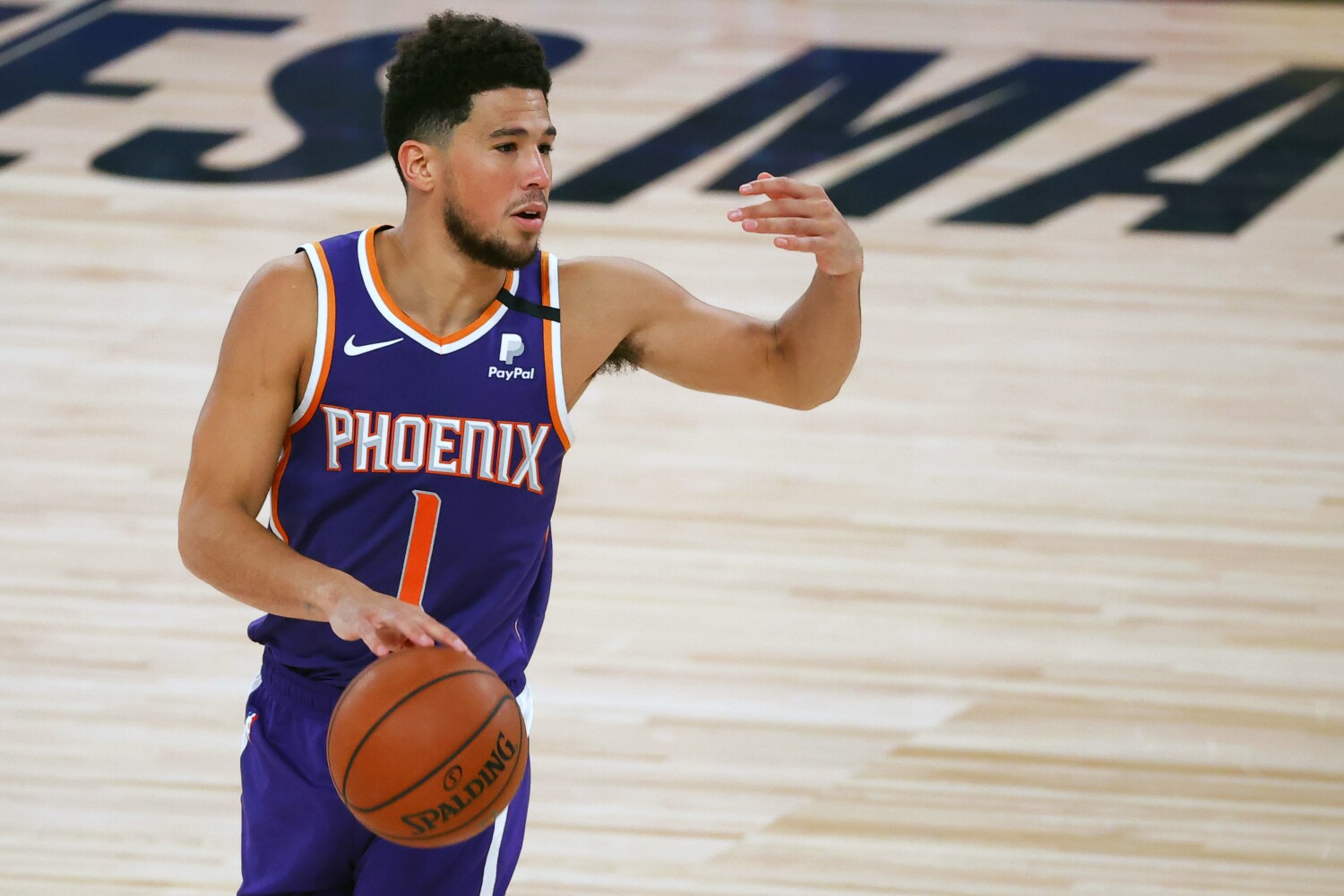 When Devin Booker packed for Orlando, Fla., he probably didn’t think his Suns would be one of the biggest stories during the NBA’s restart to its season. Nobody thought Phoenix would be undefeated at the midpoint of the eight seeding games inside the bubble.

On a day that felt a lot like the first Thursday of the NCAA tournament, with 12 teams playing in games that spanned almost 12 hours, Booker felt like the biggest star, the leader of the bubble’s Cinderella team running through upset after upset, beating the Indiana Pacers, previously unbeaten in the restart, 114-99.

“I mean it’s fun, it’s everything I could ask for. … It’s the winning part that most excited me,” Booker said on a videoconference while wearing a Kobe Bryant shirt. “I’ve been in the NBA five years now and haven’t had that much success. But I’m working hard every day to turn that narrative, to change that narrative. We have a good bunch in here to do it.”

The four straight restart wins have Phoenix firmly in the hunt for the No. 9 spot in the West — a spot that would earn them a shot in a play-in tournament in a massive upset to any projections from a week ago.

“We’re humans, right? We look at that stuff. But it’s not always the primary focus,” Suns coach Monty Williams said of teams’ odds to make the playoffs. “Everyone has the goal of making the playoffs, but there’s stuff you have to do to get there. We just try to dial in on those things. If we take care of those things, we may have a chance. And that’s our mentality.

“We’re grateful to be here, humble for the opportunity and yet, we attack it. That’s something that we’ve hopefully done since I’ve been here.”

When the season was suspended and it wasn’t clear how many teams would be headed to whatever restart the NBA could scrape together, the Suns couldn’t have been counting on an invite. They’ve shown promise in stretches before (a 7-4 start to the season included wins over the Clippers and Philadelphia 76ers), but inconsistency quickly had them submerged below .500.

The Suns have flourished since gaining entrance as the last team into the bubble. Led by Booker, with his 28 points and 6.5 assists per game, and former No. 1 overall pick Deandre Ayton, the Suns are just two games behind Memphis, currently the No. 8 seed.

The Suns have become the embodiment of the bubble, a place where teams believe the unprecedented circumstances have leveled the playing field, where home-court advantage doesn’t exist and where it’s becoming increasingly harder to surprise anyone.

Outside of the Lakers clinching the top spot and the Dallas Mavericks likely stuck in seventh, everything else in the West is in flux. While it’s a fun twist for fans to watch the Suns make things messier, for Williams it’s just part of the work, a small step in Phoenix’s effort to move out of the organizational hell they’ve lived in — a dozen years with nine different coaches and only one playoff trip.

“This is in the fledgling stages for sure,” Williams said. “We’ve got a lot more work to do.”

This isn’t about Booker growing up and playing in meaningful games for the first time in his career. This is a showcase for his talent, with eyes finally fixated on the Suns for reasons other than comedic.

“I think anytime you can play on this stage and get used to it, it’s a bonus. But I don’t think it changes his mentality. This is how this young man plays all the time. And everybody’s just getting a chance to see it now,” Williams said. “I think it’s like an announcement to the rest of the world that wasn’t paying attention to him — even though I thought more people were, especially around the league. I think it’s a testament to the work he puts into his game. And it’s not just his scoring.

“… I’m hopeful that people take notice, that he’s not just one of the top guards in the league but he’s one of the best players.”

When Booker was a 19-year-old rookie, Bryant could sense something special. He signed a pair of sneakers for Booker after he scored 28 points in a win over Bryant and the Lakers.

“Be legendary,” Bryant wrote. It’s a message Booker continues to carry with him.

“Kob’s with me every day,” Booker said. “You guys see what I put on my shoes — to be legendary. That’s a reminder to me.”

And in the bubble, it’s becoming a reality to everyone else.

James Harden and Rockets go with the flow in NBA playoffs