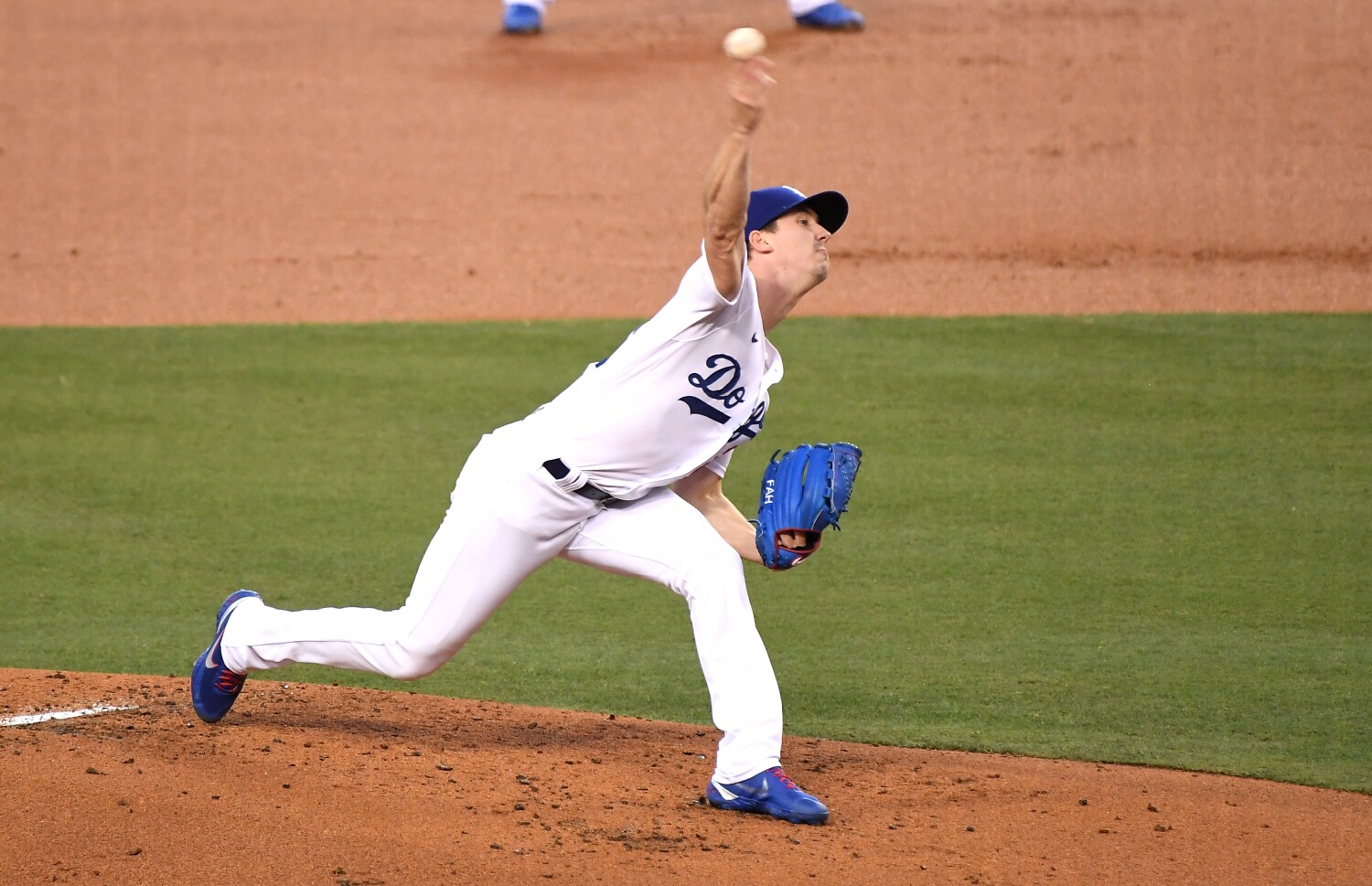 For the second time this season, Walker Buehler is going on the injured list because of a blister on his right index finger.

Buehler was placed on the 10-day injured list Thursday, two days after he lasted less than three innings in a start against the Arizona Diamondbacks. In a corresponding move, the Dodgers recalled reliever Joe Kelly, who will begin a five-game suspension Thursday.

Though Buehler believed his issues in Tuesday’s outing, in which he allowed five runs (two earned) in 2 2/3 innings, were caused mainly by execution mistakes with his fastball, the blister appeared to flare up again in just his second start back from an original IL stint last month.

At one point in Tuesday’s third inning, manager Dave Roberts and a trainer came to the mound to check on Buehler’s finger but let him remain in the game. After he was removed for good later in the same inning, a dugout camera zoomed in on Buehler’s right hand, where a red spot was visible near the top of his pointer finger.

Initially, Roberts said he expected Buehler to make his next start. By Thursday, however, Buehler’s issue was serious enough that it had prevented Roberts from laying out the team’s rotation beyond Saturday, when Julio Urías will start against the Houston Astros.

“We’re still TBD [on the rotation] and trying to figure out where Walker’s at,” Roberts said in a pregame video call that finished before the team announced Buehler’s placement on the injured list. “That’s kind of, a little bit, the thing that’s been front of mind for all of us.”

Buehler’s injured list stint is retroactive to Wednesday, making him eligible to return Sept. 19, 10 days before the postseason is scheduled to begin. In seven starts this season, Buehler is 1-0 with a 3.86 earned run average and 1.01 walks-and-hits-per-inning. In 32⅔ innings, he has 36 strikeouts.

Kelly was suspended eight games for throwing near Houston Astros hitters Alex Bregman and Carlos Correa on July 29. The suspension was reduced to five games on appeal.

Soccer to watch on TV: Iceland vs. England in Nations League