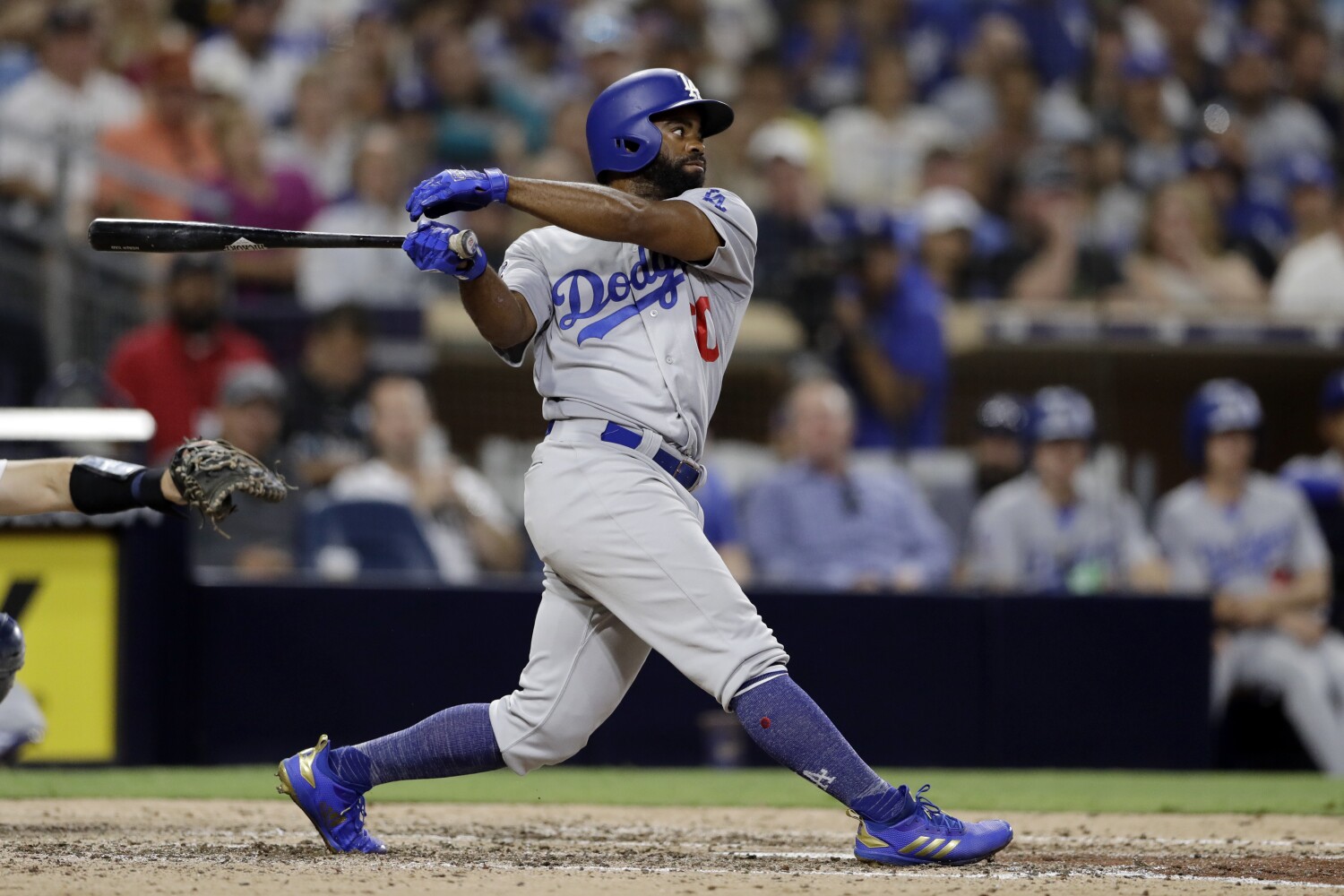 Dodgers outfielder Andrew Toles, who hasn’t played since 2018, was arrested and jailed this week when police found him sleeping behind Key West Airport in South Florida.

Toles, 28, was charged with misdemeanor trespassing Monday night. Police listed his address as “streets of Key West.” The Miami Herald reported he ignored requests by the police to leave.

His arraignment is scheduled for July 2.

Toles didn’t report to spring training last year and has since been on the club’s restricted list.

It was the latest of several setbacks for Toles, who has dealt with anxiety during his baseball career.

Toles was dismissed from Tennessee’s team as a sophomore in 2011 and suspended while at Chipola College. He missed two months of the 2014 season because of personal issues.

The Dodgers signed Toles in September 2015 after the Tampa Bay Rays released him. He made his major league debut the following season and became a valuable contributor.

He appeared in 46 regular-season games in 2016, batting .314 with an .870 on-base-plus-slugging percentage before making the postseason roster. He batted .364 in 26 plate appearances in the playoffs.