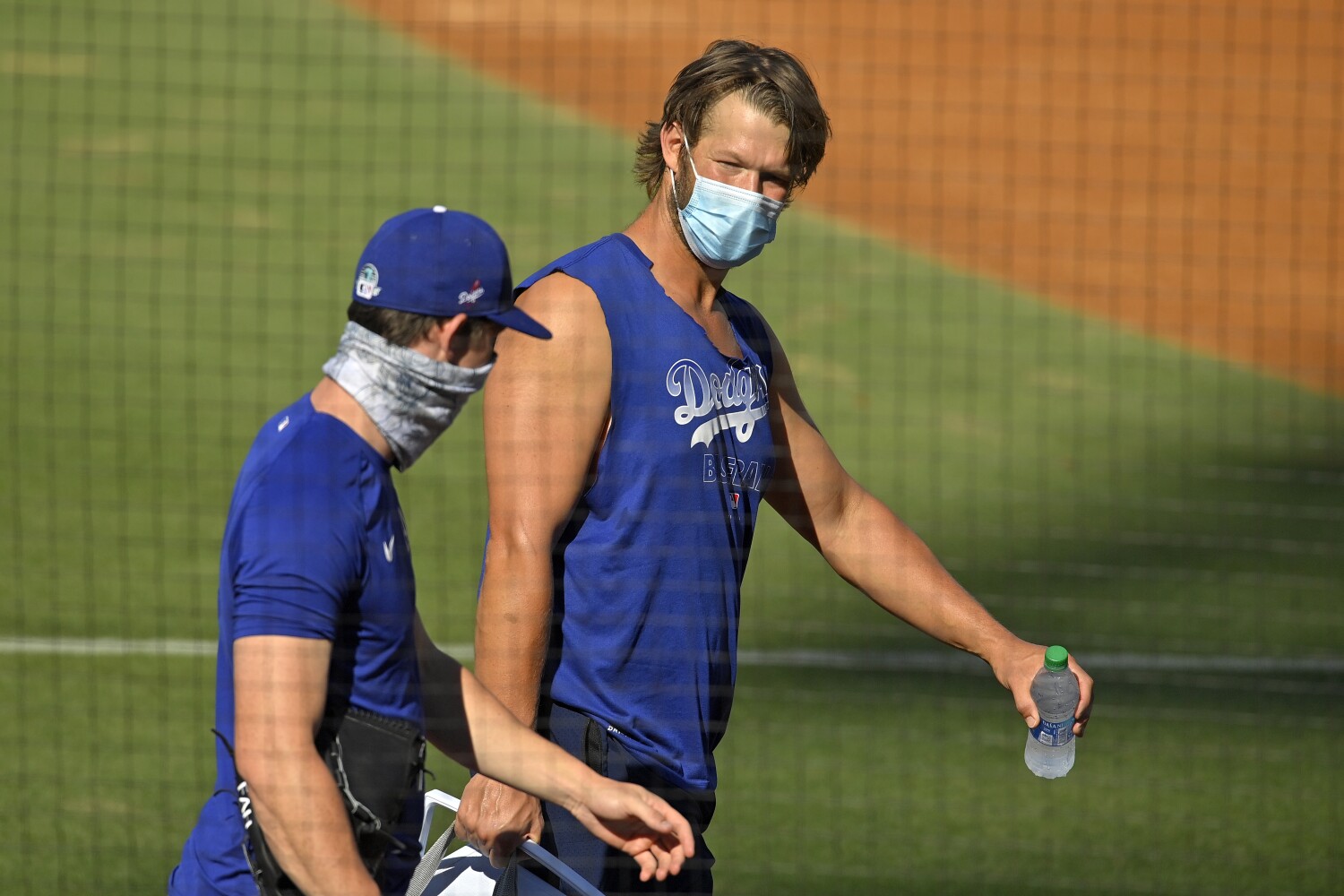 Clayton Kershaw spent a few innings Thursday in the left-field bleachers, then the weight room, the Dodgers’ empty clubhouse, and back in the outfield.

He appeared repeatedly on the game’s television broadcast, racing around in a Hankook Tire commercial and slipping into shoes for a Skechers ad.

On opening day, the Dodgers’ scheduled No. 1 pitcher was seemingly everywhere — except on the mound at Dodger Stadium.

“It was a weird day all the way around,” said Kershaw, who instead of making his franchise-record ninth opening day start was placed on the 10-day injured list earlier in the afternoon with back stiffness.

“The timing couldn’t have been worse,” he added during a Zoom call Friday. “Working all that time trying to stay ready, I really felt so good going into the season. It was pretty defeating honestly. Just like, how is this happening right now?”

The questions now: How much time will the three-time Cy Young Award winner miss, and how effectively the Dodgers will cover his absence in this pandemic-shortened 60-game season?

Kershaw is hopeful for a quick recovery. After sustaining the injury during a Tuesday training session, he received clean results on an MRI and has been undergoing daily treatment.

Before the Dodgers’ game against the San Francisco Giants on Friday night, he played catch, up to 90 feet, in the outfield.

“It’s not too serious,” Kershaw said. “It’s getting better pretty quick. Optimistic it shouldn’t be much longer than my original stint on the IL.”

Still, the left-hander will miss at least one more scheduled start Wednesday at the Houston Astros before becoming eligible to return. Manager Dave Roberts said there is a “good chance” rookie Dustin May, who gave up only one run in 4 1/3 innings as Kershaw’s replacement Thursday, will fill in again.

With David Price already having opted out of the season, plus Walker Buehler not at full stamina after a three-month layoff, the Dodgers will learn quickly just how strong of a safety net other starters can provide.

Ross Stripling, who was expected to be a reliever until Price pulled out, started Friday. Alex Wood, back with the Dodgers after an injury-plagued 2019 campaign in Cincinnati, and Julio Urías, who pitched primarily out of the bullpen last year, will go in the final two games of the series.

“You can’t replace a Clayton Kershaw, but we have a lot of good players, a lot of guys willing to step up,” Wood said. “We’ve got a lot of guys that contribute. There’s no extra pressure on anyone to do anything more than what they’re capable of.”

Not allowed in the dugout because of social distancing protocols, Kershaw, Wood and the other starting pitchers roamed the stadium during May’s impressive spot start Thursday.

“His stuff is right up there with the best in the game,” Kershaw said of the 22-year-old right-hander. “He was pretty consistent yesterday as far as pounding the strike zone. That’s awesome to see. He’s gonna be good. He’s gonna be good for sure.”

But during this shortened season, in which the importance of every game and every start will be magnified, it’s still Kershaw whom the Dodgers want anchoring their rotation. It’s still Kershaw they want on the rubber every fifth day.

“He’s in much better spirits, even better than he was yesterday; that’s a good sign,” Roberts said Friday. “We’re going to get him some more treatment and I think he’ll be trying to keep his arm moving in some capacity. … We’re all really encouraged.”

Kawhi Leonard will have “no limits,” Clippers coach says