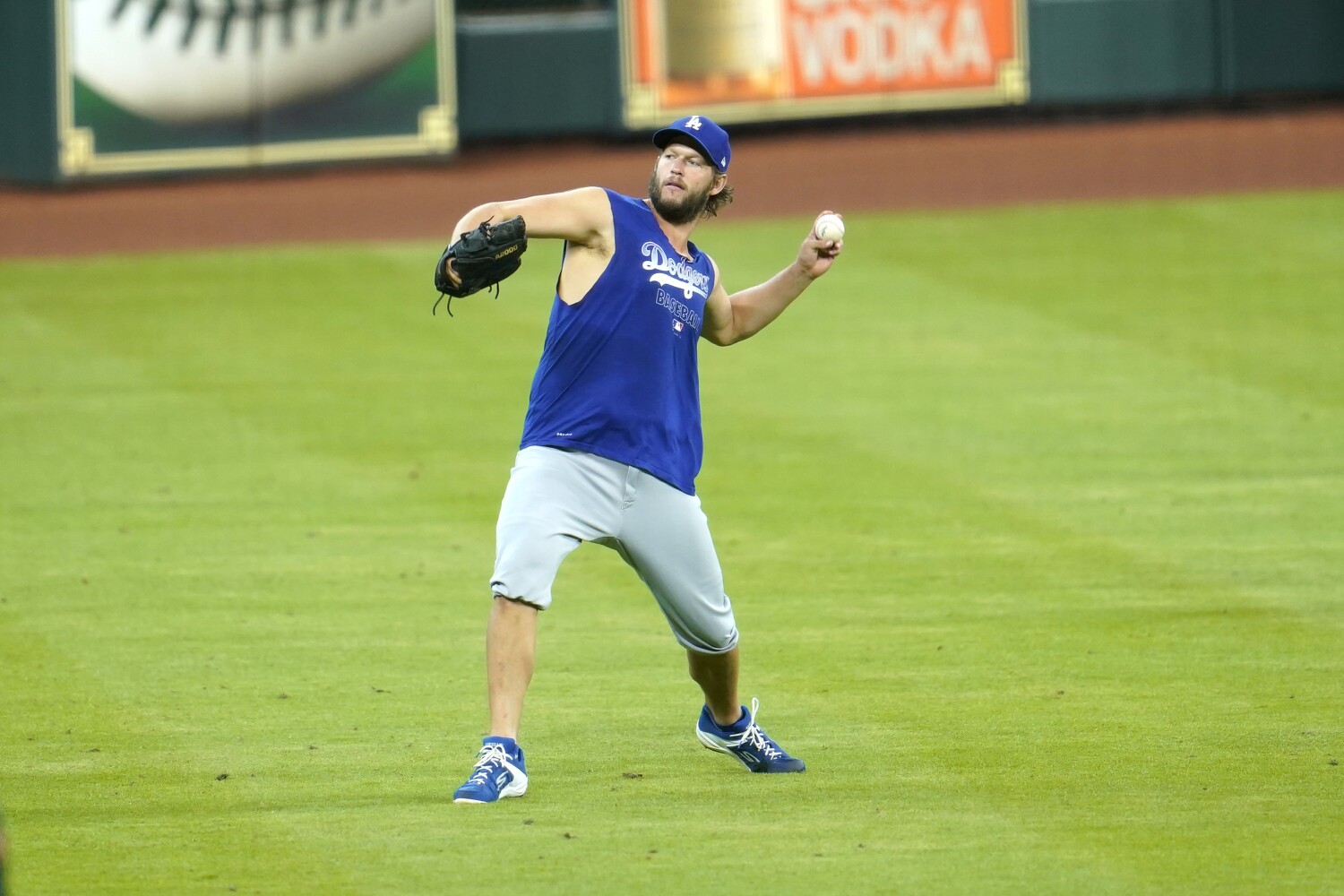 Clayton Kershaw will make his belated season debut for the Dodgers in Sunday’s series finale against the Arizona Diamondbacks.

Kershaw was scheduled to be the team’s starter on opening day but was scratched and placed on the injured list because of back stiffness July 23.

His recovery has progressed quickly, however. The left-hander traveled with the team this week and threw two bullpen sessions, including one of more than 30 pitches Thursday afternoon.

Kershaw’s start Sunday will push Walker Buehler’s next start to Monday’s series opener at the San Diego Padres, giving Buehler an extra day of rest as he continues to build up to full stamina after the summer quarantine.

“Clayton is champing at the bit to get back and pitch in a major league game,” Roberts said, adding that starting him Sunday “just makes sense from every angle.”

Kershaw, 32, is coming off an All-Star 2019 campaign in which he went 16-5 with a 3.03 earned-run average and could bolster a rotation that has struggled to work deep into games this season.

Right-hander Ross Stripling is the only starter to pitch beyond five innings in an outing, a feat he has accomplished in both of his appearances. Rookie Dustin May, who had been starting in Kershaw’s place, gave up two earned runs over 7 2/3 total innings in two non-decision starts.

“I’ve seen, especially in summer camp, the bond that’s been created with these guys,” Roberts said of the bullpen. “When you get out of the gates well, it’s kind of, the next guy, the next man up wants to put up another zero and the next guy wants to put up another zero. … That confidence with some of the guys that are unproven is starting to grow, and the guys that have been there, done that, are doing a great job of mentoring some of these young guys.”

Kershaw felt stiffness during a training session two days before the season opener but received a clean MRI exam and said last week he expected to miss minimal time in an already shortened 60-game season.

“When you get a clean MRI, you’re thankful for that, that there’s nothing structurally wrong,” he said. “So after that, you just try to get going, loosen up, start rehabbing, moving around. That’s what I’ve been doing.”

‘We have to get straightened out’: Angels must fix pitching woes to get to playoffs