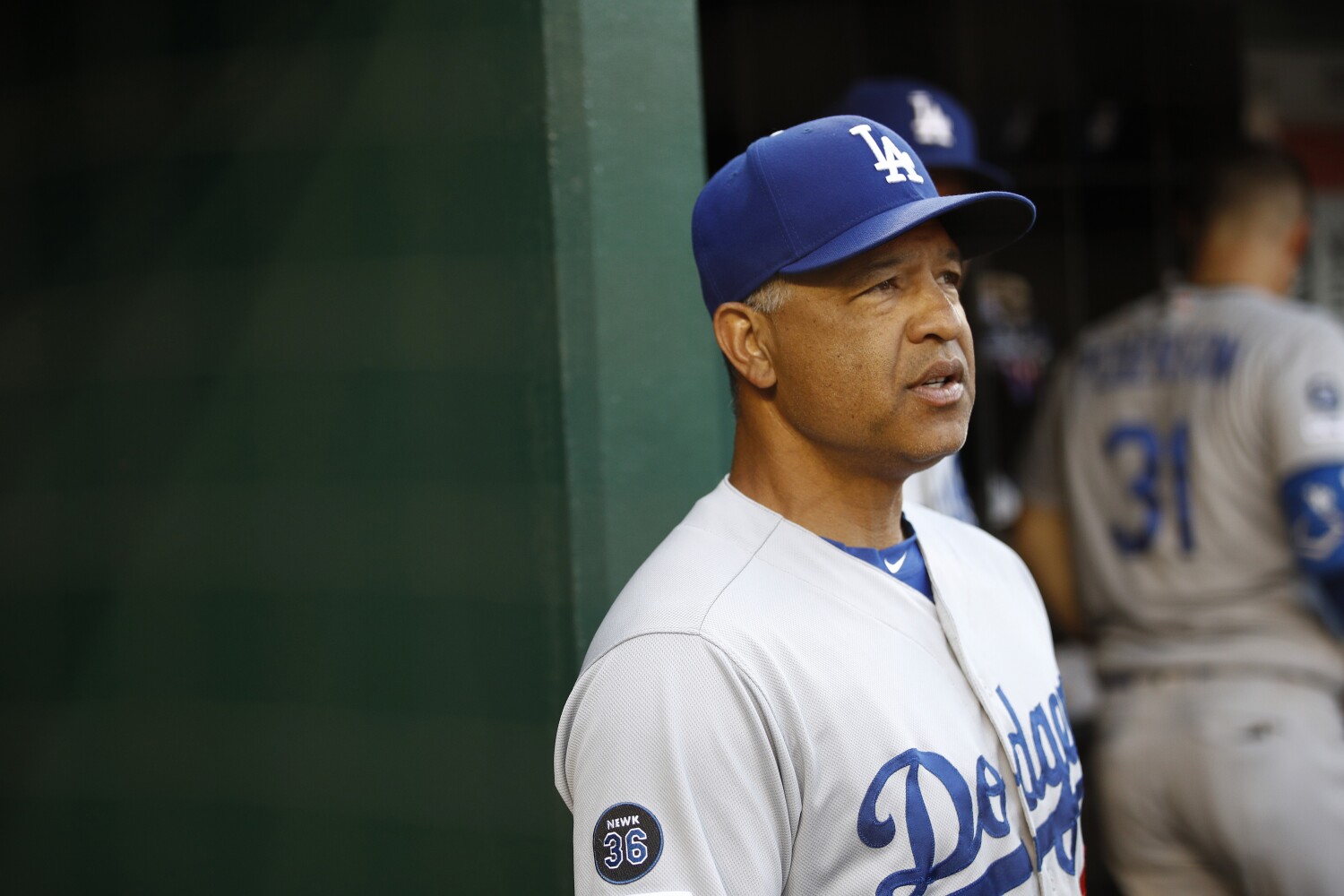 Dave Roberts has thought about his late father in recent days as protests sparked around the United States following George Floyd’s death in Minneapolis.

Waymon Roberts, the oldest of eight children, grew up with a single mother in Houston in the 1950s and 60s. He was the only black student in his high school, enlisted in the military at 18 and proudly served in the Marine Corps for 30 years. As a black male, he faced racial injustices. He learned to pick his fights, when to confront prejudice and when to hold back. The struggle was constant.

“These are the same fights people are fighting to this day,” Dave Roberts said in a phone interview Tuesday.

Roberts, the first black manager in Dodgers history, is angry, frustrated and sad to know that little has changed over the decades.

“It’s disappointing to see my generation and the generation prior failing the younger generation,” Roberts said. “And that’s what’s really sad. You always hope for progress, but that just, unfortunately, isn’t the case.

“For me, the leaders of our country, unfortunately, aren’t good listeners and that’s how you impose change. People of color want to be heard. And when you have leaders that are put in positions to make change and don’t want to have those uncomfortable conversations, then change isn’t going to happen. There’s a difference between being educated and being ignorant. You have to understand that these situations happen every single day to people of color.”

Roberts starred at UCLA and enjoyed a 10-year major league career before becoming the manager of Jackie Robinson’s franchise in 2016. He was the only black manager in baseball in 2019 and is one of two after the Houston Astros hired Dusty Baker in January.

He said his father, who died in March 2017 at age 68, instilled in him and his sister to be proud of who they are — the children of an African-American man and Japanese woman — and where they come from.

He said he has passed those conversations down to his two children. The recent events have spurred questions from them to him and his wife, Tricia. Roberts said he wants them to understand the causes for the injustices still plaguing black people in this country — causes rooted in its history and still prevalent today. He hopes their generation will do better than his.

“I hope and pray they’re happening in every household,” Roberts said of those cultural conversations. “But we’re in a position of authority because of our age — I’m talking about my generation and beyond. And to tell the younger generation, ‘This is how you do it and this is what needs to be done’ — how can we sit back and say this is what needs to be done when you look at the result of what we’re basically responsible for?

“So many times I hear people say, ‘I just want to get back to normalcy and get back to normal.’ Normal is not even close to good enough. And we all need to be better and demand better from ourselves as a country and as individuals.”

Andrew Toles’ sister: ‘We want to help him so badly’