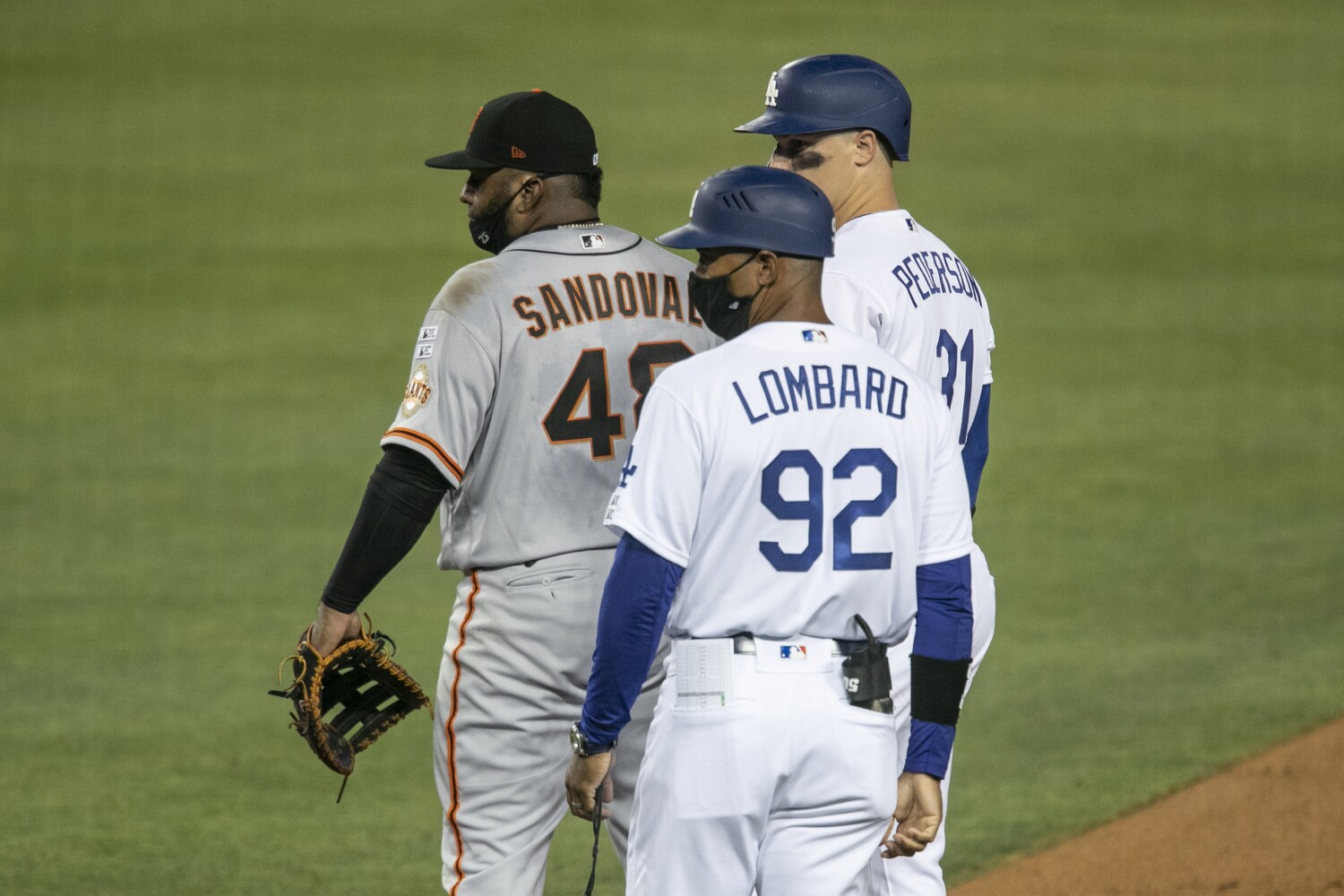 When you’re the franchise that integrated baseball, your relationship with the phrase “Black Lives Matter” is different than the other baseball teams.

Fair or not, when you’re the franchise that integrated baseball, you don’t get to trot out Jackie Robinson jerseys once a year to show solidarity. Patches are mere ornaments, soulful renditions of “The Star-Spangled Banner” do nothing to show you’re still willing to fight racism — especially when the only Dodger taking a knee during that rendition is the only Black Dodger on the field.

That’s not to say a person needs to kneel — or stand — to show what’s in their heart. Nor am I discounting the gestures made by Max Muncy and Cody Bellinger, who placed their hands on Mookie Betts’ shoulders as vocalist Keith Williams Jr. pushed the boundaries of what I once thought was impossible for a man’s voice. In fact, when Williams began singing, Betts — like Robinson before him — was alone. But as the song progressed, first Bellinger, then Muncy came closer to the team’s new $365-million-dollar man to show him he’s not. It was a touching moment. One that showed when you’re the franchise that integrated baseball, winning championships isn’t the only thing woven into the DNA.

In the wake of the uprisings that began in late May, the Dodgers have been in constant discussions internally about what the franchise can do. It was during these discussions that the team’s first-base coach, George Lombard, shared stories about his mother, Posy.

“I am still going through the process of learning about all that she did,” Lombard said. “It’s really quite remarkable considering where she came from, what she gave up, to fight for what she knew in her heart was right.

To understand who exactly Posy Lombard was you have to understand when Rep. John Lewis died, the Lombards mourned a family friend. Someone who gave George’s sister her first job. Someone who the FBI tracked for nearly a decade, collecting north of 300 pages of information in a dossier. To understand Posy Lombard, who was white, you need to understand the KKK tried to intimidate her. That when she and her college friends were traveling to the South to protest, they told the officers who pulled them over they were going on spring break, while the Black passengers laid hidden in back.

“She was really quite remarkable,” George said, who lost his mother to a car accident when he was 10.

So remarkable that this year, her old high school classmates raised more than $10,000 and asked her children to donate the money to a charity of their choosing in her honor. Why? Because of the ongoing protests for social justice and they remembered what she did and why she did it.

“I don’t plan on standing but I will be very present in the moment,” Lombard said before the game. “There is still so much I want to learn about her, about the civil rights movement.

“That’s what we need more than anything. We need to educate ourselves. Many times when we talk about racism we act as if Jim Crow was a long time ago, but it really wasn’t. My mother and so many others were fighting for equality and many of those people are still alive. This was not that long ago.”

Which is why having Rachel Robinson, Jackie’s widow, say “It’s time for Dodger baseball” via video before the start of a very strange season was very appropriate. Not too long ago her husband integrated baseball. Fast forward a few decades and there is Betts, the face of the franchise, taking a knee in support of the very things she and her husband fought for. The very things many within the organization are still looking for ways to fight for. People like Lombard, and Muncy and Bellinger … Dave Roberts … Peter Guber … folks I’ve spoken to over the months since the killing of George Floyd.

Because when you’re the franchise that integrated baseball, race isn’t a card that is played. It’s a riddle that must be solved.

Santa Anita suffers its 15th horse death of the season