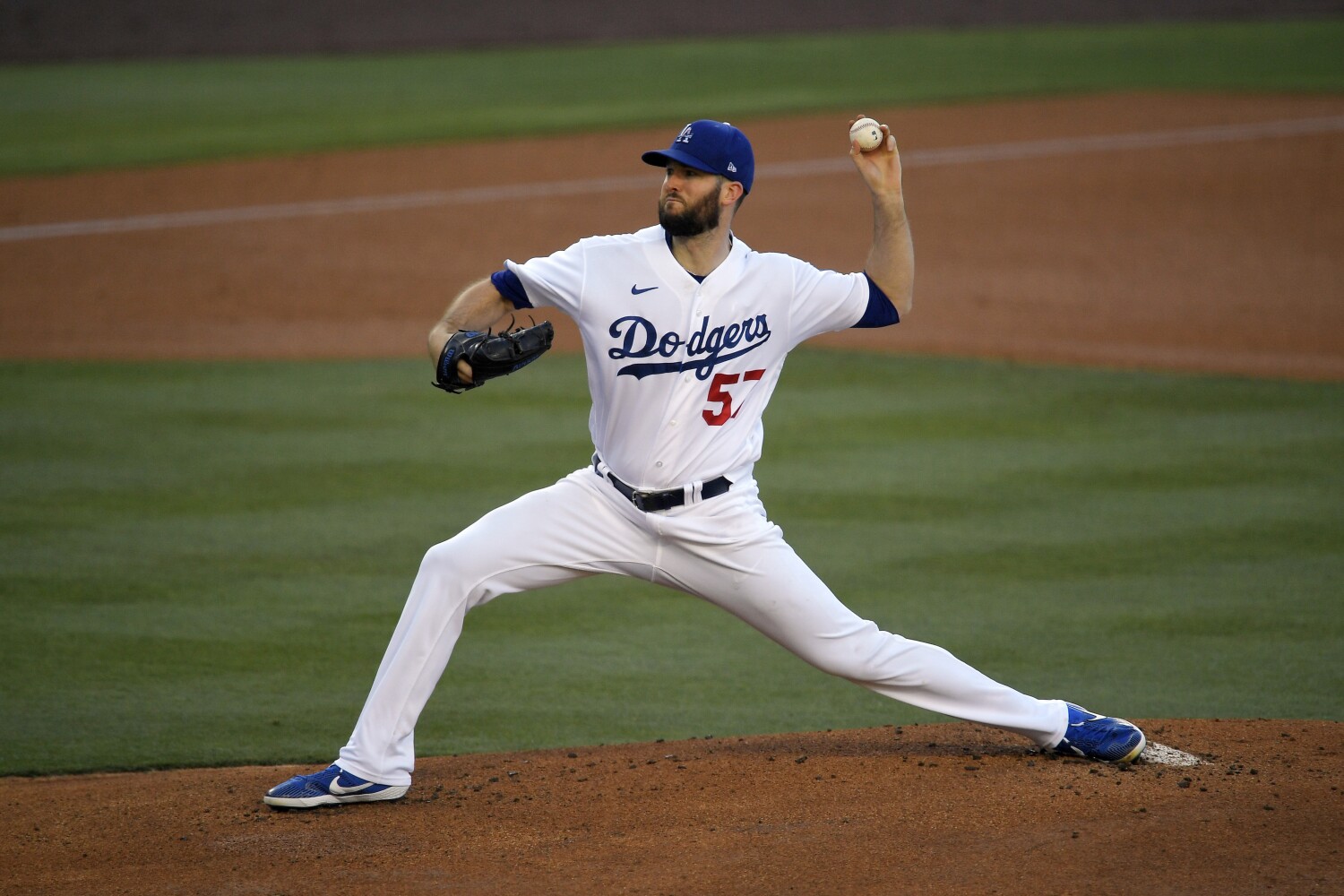 The Dodgers placed left-hander Alex Wood on the injured list with shoulder inflammation Tuesday, dealing another blow to the starting rotation less than a week into the season.

Right-hander Josh Sborz was recalled to take Wood’s place on the 30-man active roster. He will likely join the bullpen.

Wood was shelved after throwing 69 pitches in three innings in his 2020 debut Saturday against the San Francisco Giants. Wood battled command trouble from the onset. He threw 32 pitches in the second inning.

After the game, Wood said he felt fine and had found a rhythm in the third inning before he was removed.

Wood, 29, rejoined the Dodgers on a one-year contract after a spending most of last season with the Cincinnati Reds on the injured list battling a back injury. He returned to Los Angeles — where he had spent the previous 3½ seasons — healthy but is now dealing with something else.

Clayton Kershaw will likely replace Wood in the rotation when he returns from the injured list. Kershaw was placed on the IL hours before he was scheduled to start opening day on Thursday.

Kershaw was slated to travel with the team in Houston on Monday and throw a bullpen session Tuesday. He’s eligible to come off the injured list this weekend, when the Dodgers play the Arizona Diamondbacks.

Quarterback-receiver chemistry will be a challenge for Chargers