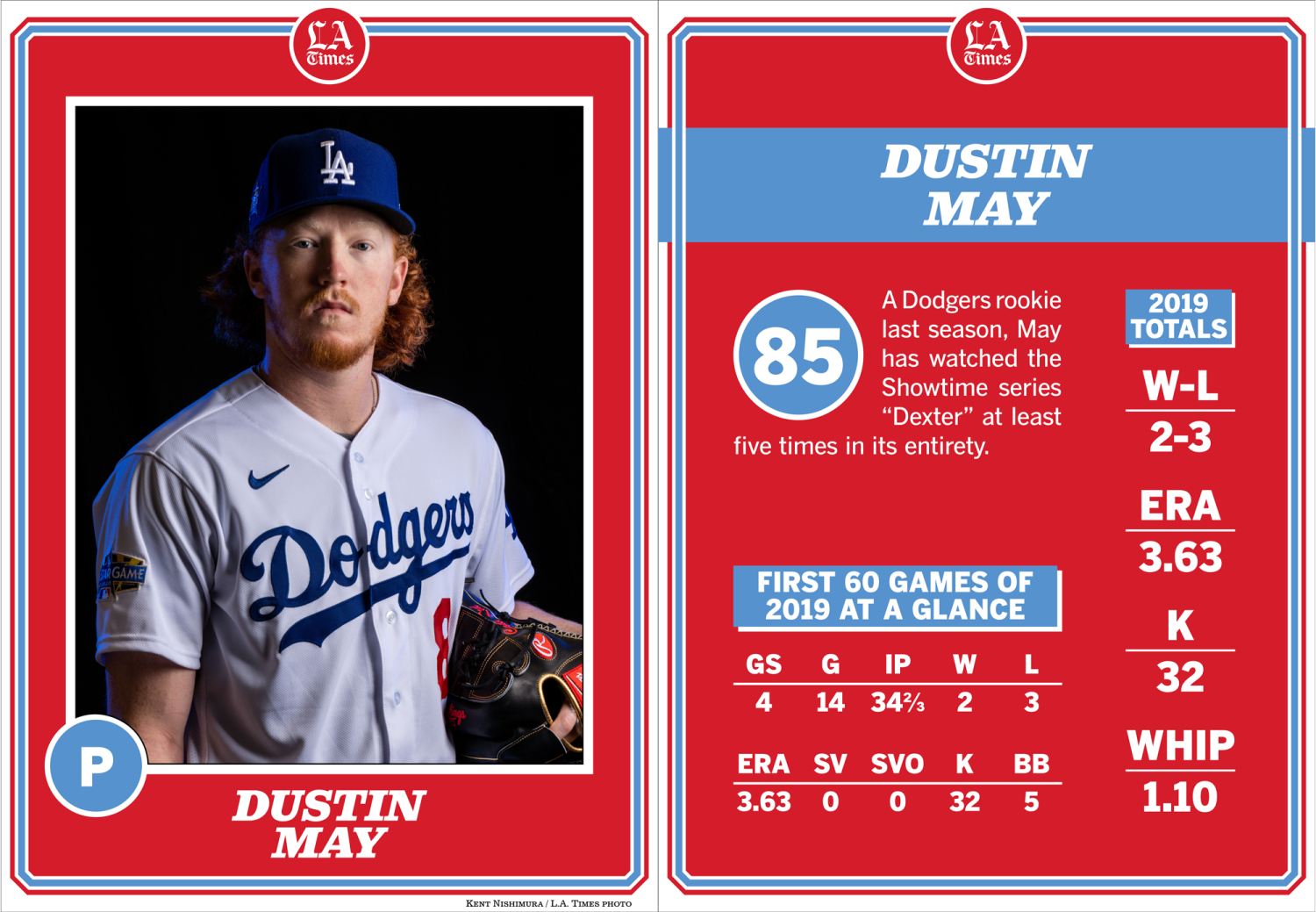 A night after Joe Kelly ignited the Dodgers-Astros rivalry, the clubs will finish a quick two-game series Wednesday at Minute Maid Park.

Dustin May, a rookie, will start for the Dodgers. Cristian Javier, another rookie, will make his first major-league start. Neither pitcher participated in the 2017 World Series, but neither did Kelly and that didn’t stop tempers from flaring.

Javier is right-handed so Max Muncy will return to the leadoff spot for the Dodgers, moving Mookie Betts to second in the batting order. Chris Taylor will take Kiké Hernández’s spot at second base, Joc Pederson is back in the lineup in left field, and Matt Beaty will make his season debut as the designated hitter.

May makes his second start of the season after toeing the rubber opening day on short notice when Clayton Kershaw landed on the injured list. May gave up a run and seven hits in 4 1/3 innings in that first outing against the San Francisco Giants.

He’ll face an Astros lineup without centerfielder and leadoff hitter George Springer. Instead, Myles Straw will play center field and left fielder Kyle Tucker will lead off. Third baseman Alex Bregman and shortstop Carlos Correa, the two Astros who took issue with Kelly on Tuesday, are back in Houston’s lineup.

Lakers can’t keep up in blowout loss to Thunder