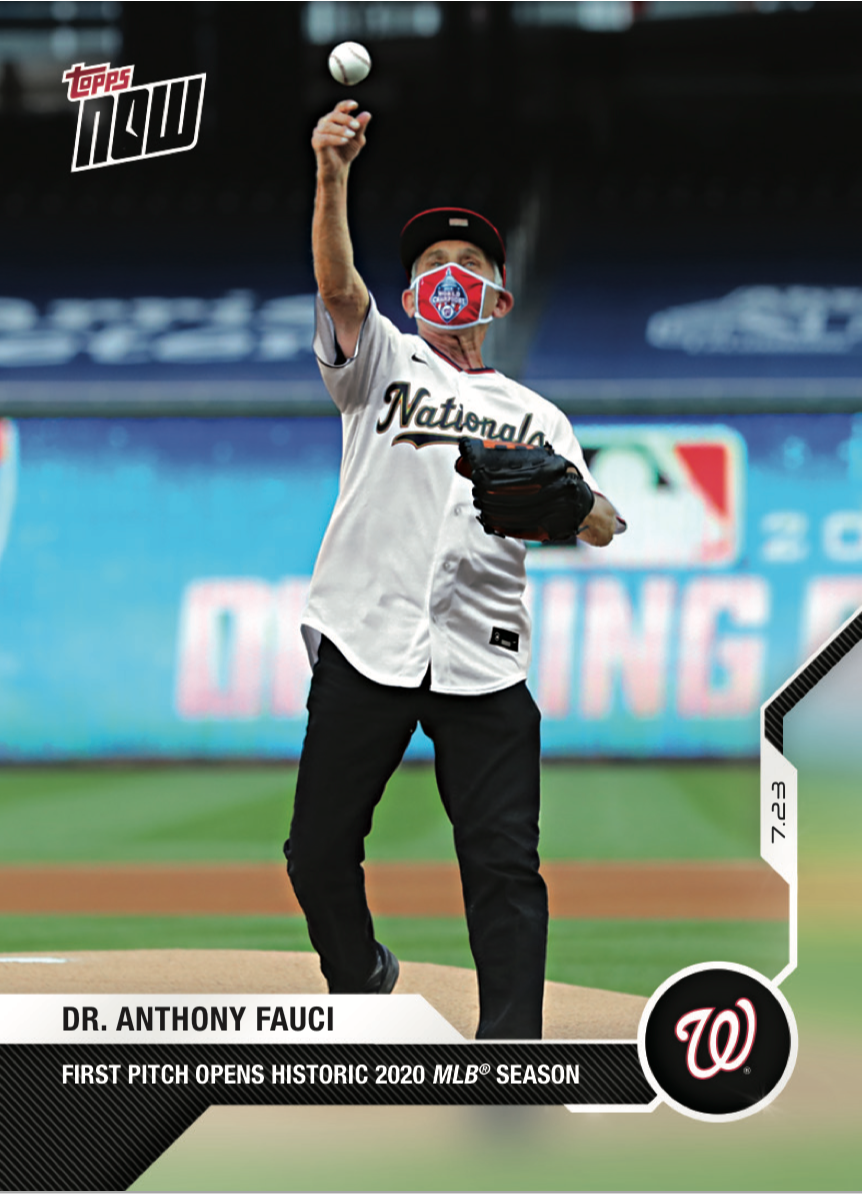 On the morning after he launched a ceremonial first pitch that might charitably have been described as “just a bit outside,” Dr. Anthony Fauci got a baseball card of his own.

The Washington Nationals invited Fauci, the nation’s leading specialist in infectious diseases, to throw out the first pitch for their season opener Thursday, calling him “a true champion for our country during the Covid-19 pandemic and throughout his distinguished career.”

The pitch itself was not distinguished, except perhaps for the distance it landed from home plate.

“It went in the wrong direction,” Fauci told the Washington Post on Friday. “I joked around after and said I used to be a shortstop when I played ball as a young boy and I thought I was supposed to throw to first base.”

Dr. Anthony Fauci throws out the first pitch before the Nationals-Yankees season opener.

Nonetheless, Topps honored Fauci with a baseball card on Friday. The front features a picture of him on the mound letting the ball go without showing its trajectory. The text on the back was kind: “The 79-year-old Brooklyn native, donning a Nationals jersey, hat and facemask, fired a strong effort to the plate before the Nationals took the field.”