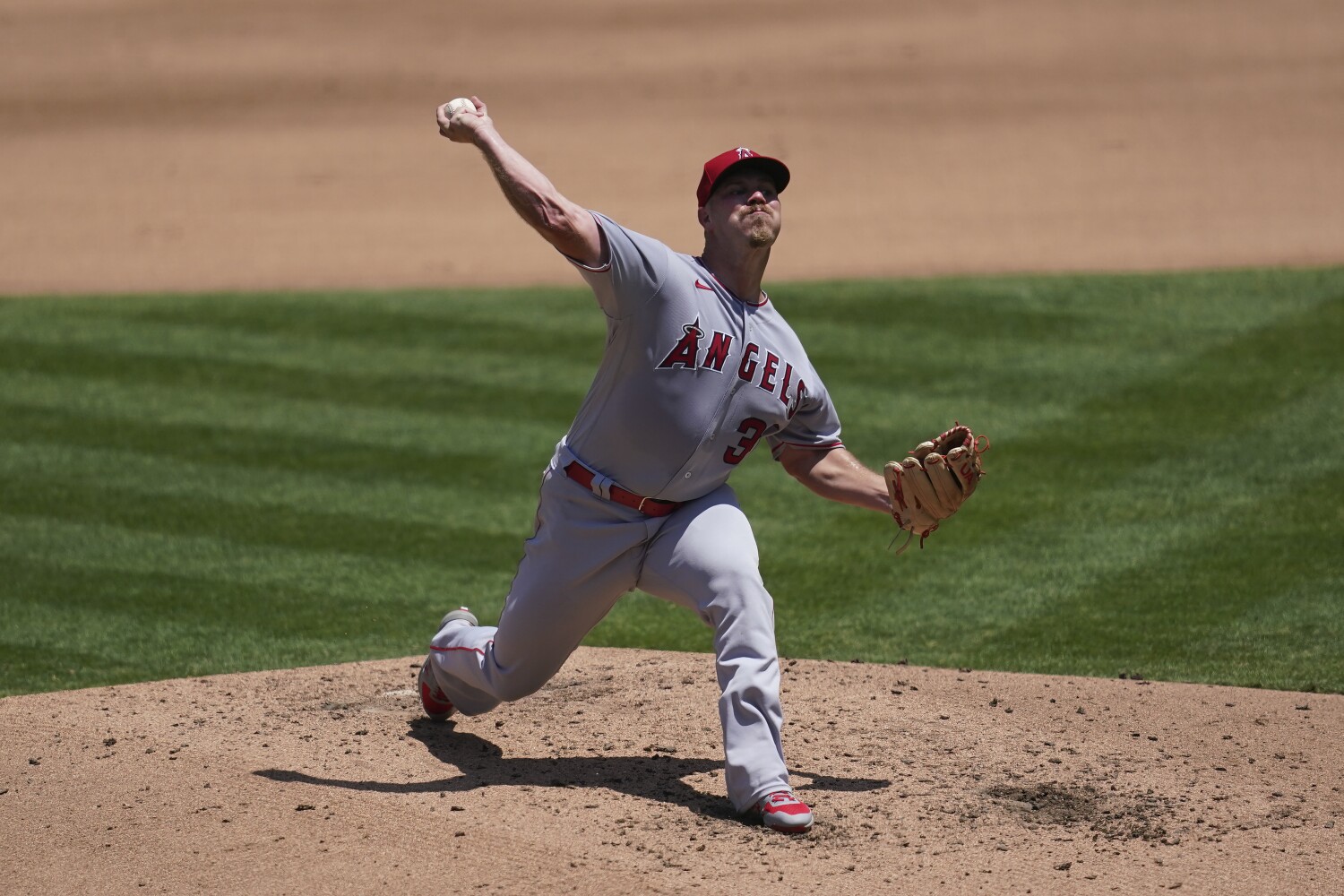 Their marriage seemed inevitable. Cole could have anchored a rotation that posted an American League-worst 5.64 earned-run average. The Angels’ billionaire team owner, Arte Moreno, had the means to pay him.

But Moreno had his eyes set on slugging third baseman Anthony Rendon, to whom he committed $245 million over seven years. And general manager Billy Eppler had contingency plans.

At the time Cole signed with the New York Yankees, the only significant move the Angels had made to address the team’s most glaring fault was to acquire right-hander Dylan Bundy from Baltimore.

It was clear the addition of Bundy was not enough, with his low-90s fastball and 4.67 career ERA. Bundy’s acumen paled in comparison with Cole’s. Yet Eppler was encouraged, both by the improvements Bundy had made and his pedigree. Bundy, like Cole, was a former first-round pick, taken fourth overall in the same draft.

In his long-delayed debut with the Angels, Bundy displayed abilities commensurate with his draft status Saturday and secured the team’s first win of the season, 4-1 over the Oakland Athletics.

Bundy threw 64 of 90 pitches for strikes, surrendered three hits and struck out seven in 6-2/3 innings. The only time he pitched with a runner on second was when Robbie Grossman, who was hit by a pitch, stole the base on a strikeout in the fifth. Bundy allowed a double in the seventh but then left the game. The run scored on a single off reliever Keynan Middleton.

“He was outstanding,” manager Joe Maddon said of Bundy in a videoconference call.

For the second game in a row, the Angels’ starting pitcher issued no walks. A small feat but not insignificant. New pitching coach Mickey Callaway preached the importance of staying ahead in counts upon arriving at spring training in Arizona. The simplified approach was a necessary reminder for an Angels staff that last year tied for the fifth-worst walk rate in the majors (9.2%), barely better than the 105-loss Miami Marlins (9.8%).

The message resonated with Bundy, whose walk rate last year (8.3%) was the highest it had been since 2016.

Applying the philosophy didn’t prove challenging. Bundy threw first-pitch strikes to 14 of 24 batters and made only 24 pitches while behind in the count.

“He looked like Greg Maddux out there,” shortstop Andrelton Simmons said, referring to the Hall of Fame pitcher who walked an average of 1.8 batters per nine innings during his 23-year career.

The key was Bundy’s slider, a low-80s offering that generated a 47.9% whiff rate last season. On Saturday, his breaking pitch received nine strike calls with eight swings and misses. He threw about as many sliders (30) as four-seam fastballs (31), a departure from his usual formula.

As they navigate the bumpy schedule ahead, the Angels will need more performances like Bundy’s. They sorely lacked longevity from their starting pitchers last season. Inconsistency and injuries ruined their dim hopes of ending their postseason drought.

The Angels’ ambitions are brighter now. Part of the enthusiasm can be explained by the dawn of the new period ushered in by their relentlessly buoyant manager Maddon, who complimented his pitching staff within days of it assembling for spring training in February.

The other part is experience. Promising right-hander Griffin Canning, the Angels’ second-round pick of 2017, is no longer a rookie. Two-way star Shohei Ohtani, returning to the mound Sunday for the first time since September 2018, proved he was a reliable and fierce competitor when he made his debut two seasons ago. Eventually the Angels’ rotation will receive a boost from veteran Julio Teheran, who still is ramping up after missing the first three weeks of camp.

Maddon was asked prior to the season to stump for his team. He laughed.

“I haven’t been convincing to this point?” he said.

Then he began his long-winded reply with a rebuke. He didn’t think the Angels’ starting staff was being evaluated fairly.

“It’s better than it’s being given credit for,” he said.

It is too soon to tell whether Maddon was right. But he has earned the benefit of the doubt.

1. WAKE-UP CALL: Roughly 14 hours after completing a 10-inning loss in which they stranded 12 runners, the Angels shook off the sluggishness for a 4-1 victory Saturday. Justin Upton homered off A’s starter Sean Manaea, breaking up a perfect-game bid with two outs in the fourth. It was Upton’s 299th career homer. A barrage of Angels hits knocked Manaea out of the game an inning later. Andrelton Simmons opened the scoring in the fifth with a double to the left-field corner that scored Taylor Ward. David Fletcher drove in two more on a double. Anthony Rendon continued to nurse a sore oblique muscle but took ground balls at third base and hit in the batting cage.

2. BUNDY STELLAR: Dylan Bundy became the third pitcher to throw six or more innings without allowing more than four baserunners in his Angels debut. The others were Don Lee on June 8, 1962 and Shohei Ohtani on April 1, 2018. All accomplished the feat against the A’s.

3. BUTTREY BOUNCES BACK: Consecutive, inning-opening singles didn’t haunt Ty Buttrey in the eighth. Buttrey, who blew a save Friday night when he yielded back-to-back RBI hits and walked two batters, induced a double-play ground ball — which shortstop Simmons nearly booted — from Matt Chapman and cleanly fielded a soft comebacker to the mound.

Parents of UCLA and USC athletes have coronavirus concerns