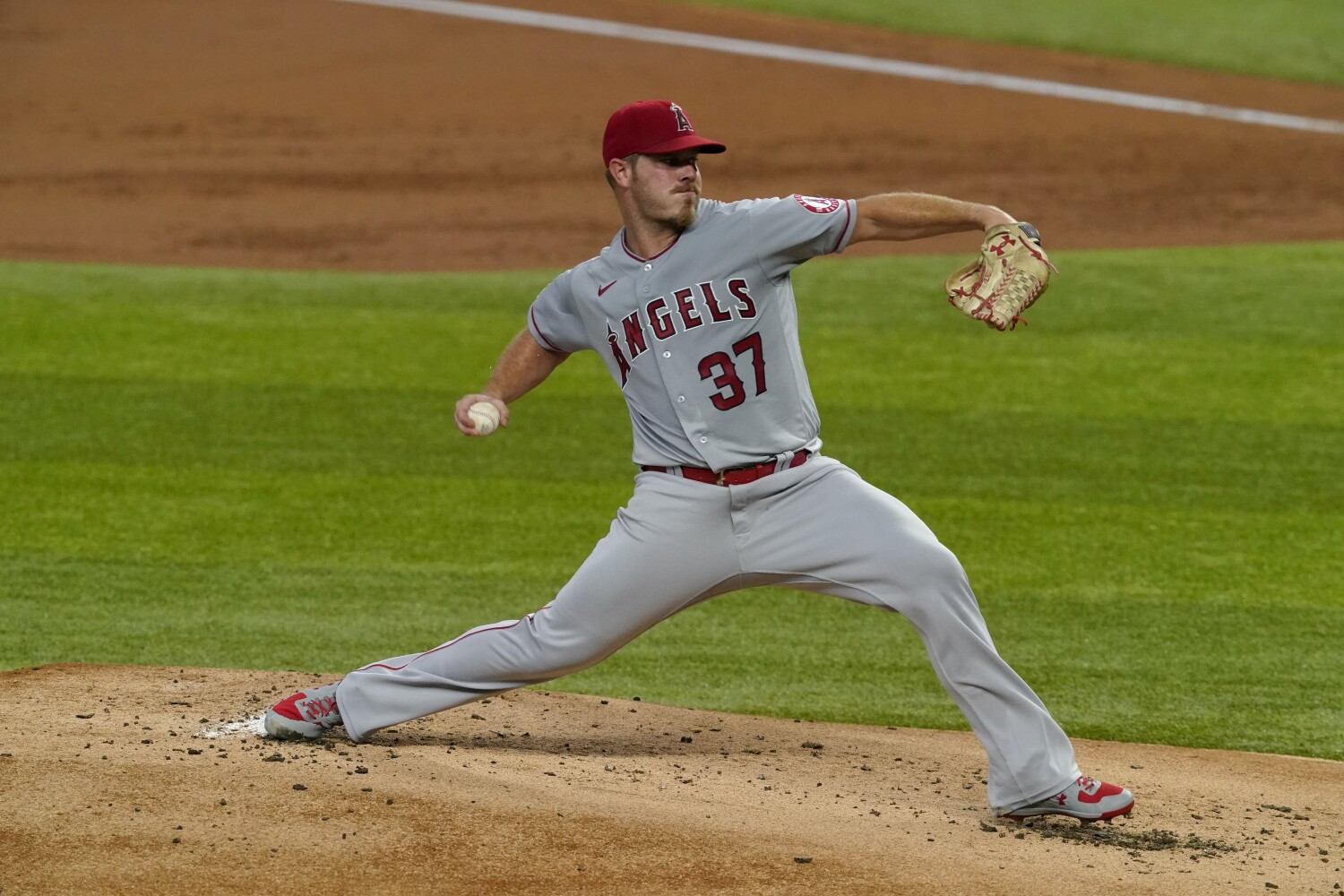 The Angels salvaged the finale of a three-game series with a 6-2 victory over the Texas Rangers on Thursday at Globe Life Field, where Dylan Bundy sweated through “two or three jerseys” while racking up a season-high 12 strikeouts in 7 1/3 innings and Jared Walsh and Mike Trout hit home runs.

What they really needed was a sweep. Losing two of three to last-place Texas prevented the Angels from gaining more ground in a playoff race they are remarkably still in despite their abysmal 18-27 record. The Angels are four games behind slumping Houston for a wild-card spot with 15 games left.

“The games that we’ve let get away would’ve pretty much put us at a .500 pace, which would be wonderful right now, but it’s not a reality,” manager Joe Maddon said. “So it only feels like a pennant race in the sense that, mathematically, we’re not atrocious right now. But we have to play our best baseball. … You pretty much have to be near perfect.”

Which means the rest of the rotation will have to perform at or near the bar Bundy has set. The burly right-hander allowed two earned runs and four hits and walked one to improve to 5-2 with a 2.48 ERA in nine starts. Of his 105 pitches, 78 were strikes.

After giving up a leadoff triple to Leody Taveras and a run-scoring groundout to Rougned Odor in the first, Bundy retired 18 of 20 batters, 11 by strikeout. Bundy was masterful in mixing his 91-mph fastball with his 74-mph curve, 80-mph slider and 82-mph changeup.

He induced 21 swings-and-misses, 10 with his fastball. Though five of his strikeouts ended with sliders, he whiffed Anderson Tejada looking at three straight curves to end the fifth. He induced nine groundouts and one infield fly.

“That is the legend of Dylan Bundy,” Maddon said. “He’s a really good pitcher. He has the ability to throw a fastball, a real curve, a slider and a changeup for strikes, and he knows how to elevate on top of that, so he really gives the hitter a lot to think about. … He’s a throwback, and it’s a lot of fun to watch.”

The Angels gave Bundy a three-run cushion before he took the mound when Trout singled with two outs in the first, Anthony Rendon walked and Walsh drove a 2-and-1 changeup from Kyle Gibson 425 feet to right field for a three-run homer, his third in five games.

Trout extended the lead to 4-1 in the fifth when he blasted his major league-leading 16th homer, a two-out shot that traveled 449 feet into the second deck in left. Taylor Ward singled and scored on Andrelton Simmons’ double in the sixth, and Rendon doubled and eventually scored on Max Stassi’s sacrifice fly in the seventh for a 6-1 lead.

Relievers Mike Mayers and Ty Buttrey notched the final five outs, and the Angels headed to Colorado with a playoff pulse, faint as it is.

“This is a weird season all around, with no fans in the stands, games starting in July, so I think anything is possible,” Walsh said. “We’ll try to get on a run, win some ballgames and put pressure on some people.”

USC cuts ties with booster over tweets about protesters

This day in sports: Stan Musial joins the 3,000-hit club

The Angels were crushing the ball … then they got to Texas