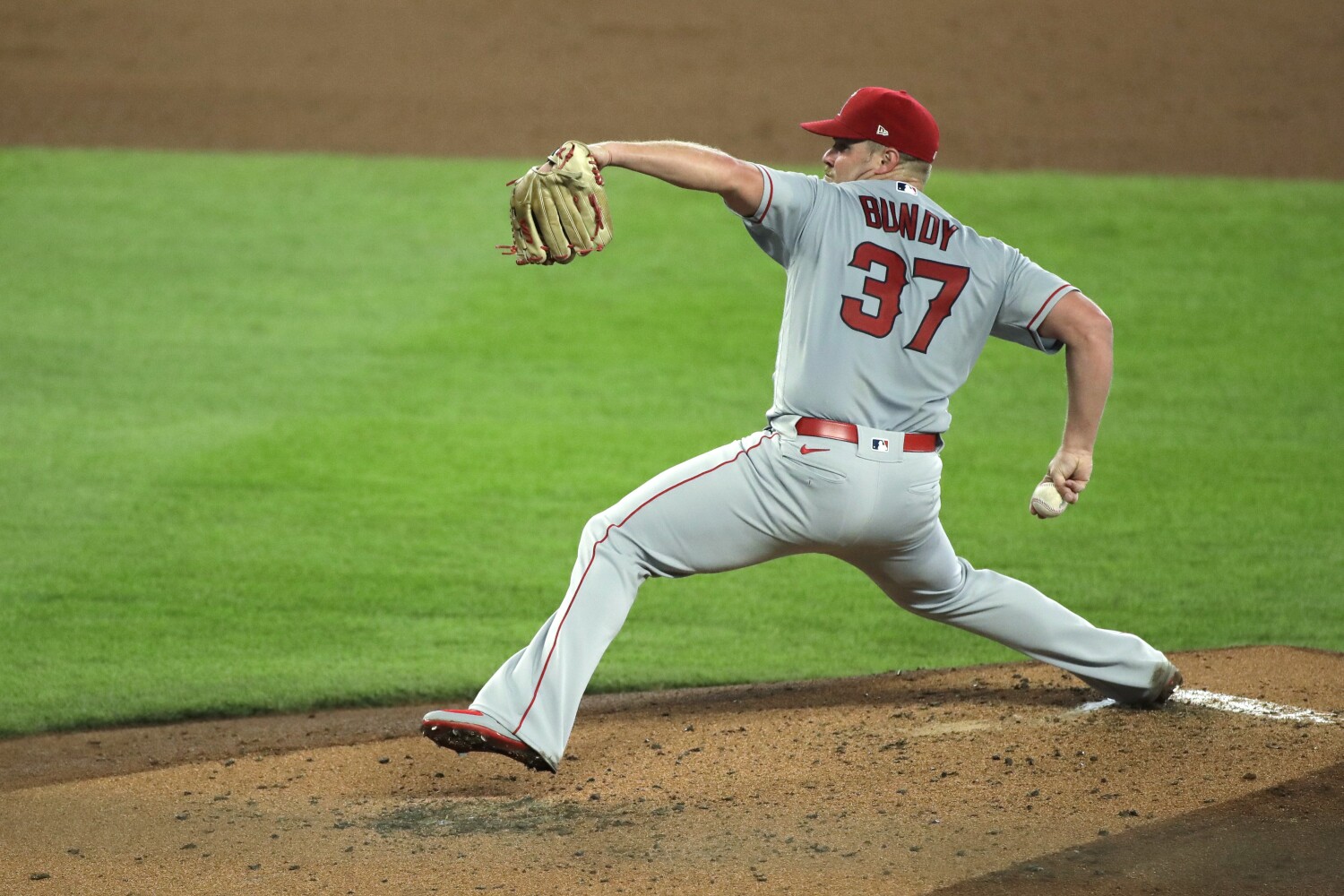 Dylan Bundy became the first Angels pitcher to throw a complete game in more than two years, allowing one run and four hits, striking out 10 and walking none in a 6-1 victory over the Seattle Mariners in T-Mobile Park.

Mixing his 90-mph fastball with pinpoint control of his 80-mph slider, 82-mph changeup and 73-mph curve, Bundy needed only 107 pitches — 76 of them strikes — to go the distance for the first time since Andrew Heaney’s one-hit shutout of the Kansas City Royals on June 5, 2018.

The veteran right-hander, who threw a one-hit shutout with 12 strikeouts against Seattle while pitching for the Baltimore Orioles on Aug. 29, 2017, retired the side in order five times, his only blemish an 82-mph changeup that Daniel Vogelbach belted over the right-field wall for a solo homer in the fourth.

Shohei Ohtani, in his first plate appearance since suffering Sunday’s elbow injury that will prevent him from pitching for the rest of the season, stroked an opposite-field home run to left field in the second for a 1-0 lead.

The Angels took advantage of Seattle starter Taijuan Walker’s control problems to score three runs in the fourth, a rally that started with a Mike Trout single and walks to Anthony Rendon and Ohtani.

Tommy La Stella roped a run-scoring single to right for a 2-0 lead, and Walker grazed Justin Upton with a fastball to force in a run that made it 3-0. Max Stassi’s sacrifice fly to right plated another run for a 4-0 lead.

The Angels tacked on a pair of insurance runs in the eighth when Stassi, who had three hits in 42 at-bats for the Angels in 2019, hit his fourth homer of this season, a two-run shot to left on an 0-and-2 fastball from Nestor Cortes.

This day in sports: Dodgers trade Mike Piazza to the Marlins