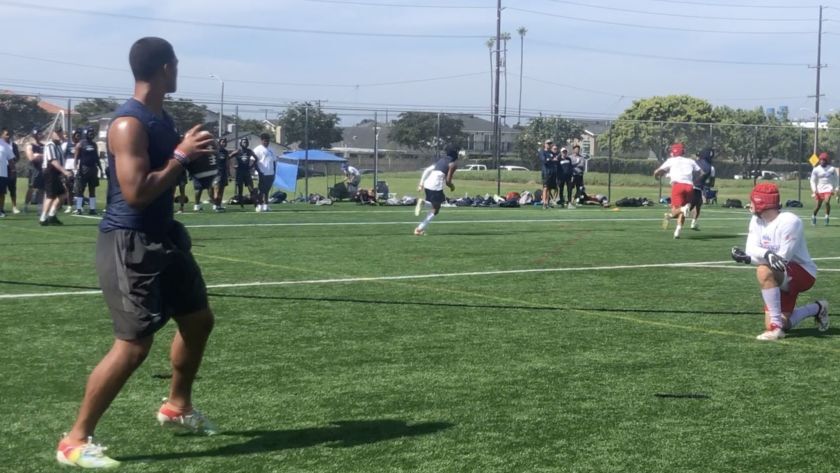 There’s still hope the Huntington Beach Edison seven on seven passing tournament that was postponed in June when sports competition was halted because of the COVID-19 pandemic could still be held for the 23rd consecutive year.

Edison coach Jeff Grady said he’s keeping plans alive to move the tournament to a Saturday in November if county health and school officials give their approval. Twenty teams were scheduled to play during the summer in a tournament that has served as a sneak preview of the fall season.

“I think things will obviously have to progress,” Grady said.

“Everyone is still interested,” Grady said. “We’d love to host it.”

But for now, state guidelines do not allow for competitions to take place.