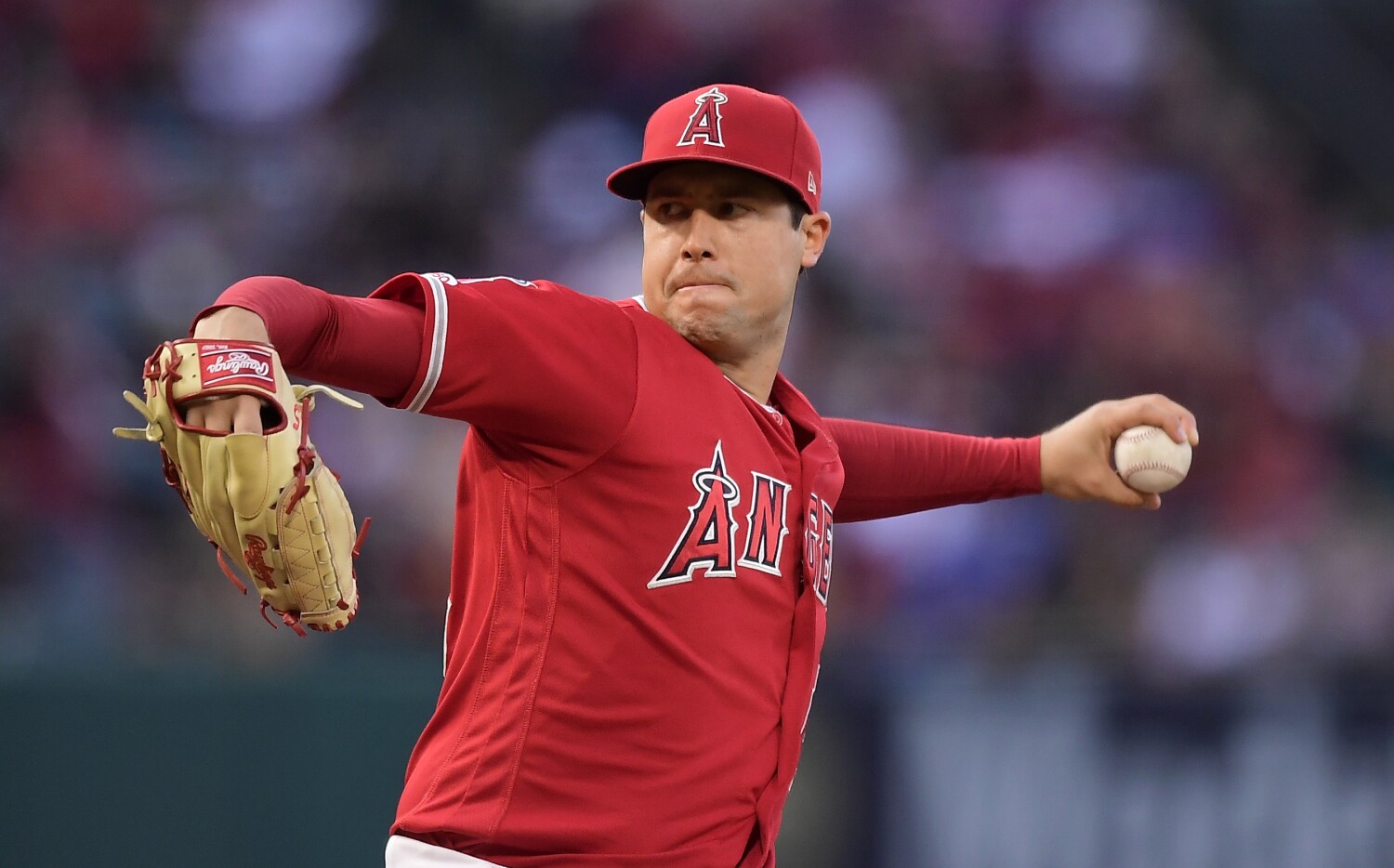 Former Angels employee Eric Kay has been charged by federal authorities in Texas with distributing fentanyl in connection with the overdose death of pitcher Tyler Skaggs, according to court documents reviewed by The Times.

Skaggs, 27, died in his Southlake, Texas, hotel room July 1, 2019, before the Angels were to play the Texas Rangers. He was discovered on his bed, fully clothed, with no signs of trauma.

“It was later determined that but for the fentanyl in [Skaggs’] system, [Skaggs] would not have died,” an affidavit in support of the criminal complaint against Kay said.

In an interview with The Times in June, Skaggs’ widow said she was stunned that drugs were involved.

“He didn’t exhibit any behaviors of someone who was abusing or addicted to drugs,” Carli Skaggs said.

Kay, who worked in the Angels’ media relations department for 24 years before departing after Skaggs’ death, said in October he was cooperating with the investigation of Skaggs’ death. In a statement at the time issued through his attorney, Kay said cooperating was “the right thing to do” and “it’s time for everybody to stand up and take responsibility for their respective roles” in the death.

ESPN reported last year that Kay told federal agents he supplied Skaggs with opioids and he abused drugs with the pitcher for several years.

The attorney for Kay previously described Skaggs as “an addict who overdosed.”

The Angels released a statement Friday:

“It has been more than a year since the tragic passing of Tyler Skaggs, and all of us affected by this loss continue to grieve. The circumstances surrounding his death are a tragedy that has impacted countless individuals and families.

“The Angels Organization has fully cooperated with Law Enforcement and Major League Baseball. Additionally, in order to comprehensively understand the circumstances that led to his death, we hired a former federal prosecutor to conduct an independent investigation.

“We learned that there was unacceptable behavior inconsistent with our code of conduct, and we took steps to address it. Our investigation also confirmed that no one in management was aware, or informed, of any employee providing opioids to any player, nor that Tyler was using opioids.

“As we try to heal from the loss of Tyler, we continue to work with authorities as they complete their investigation.”