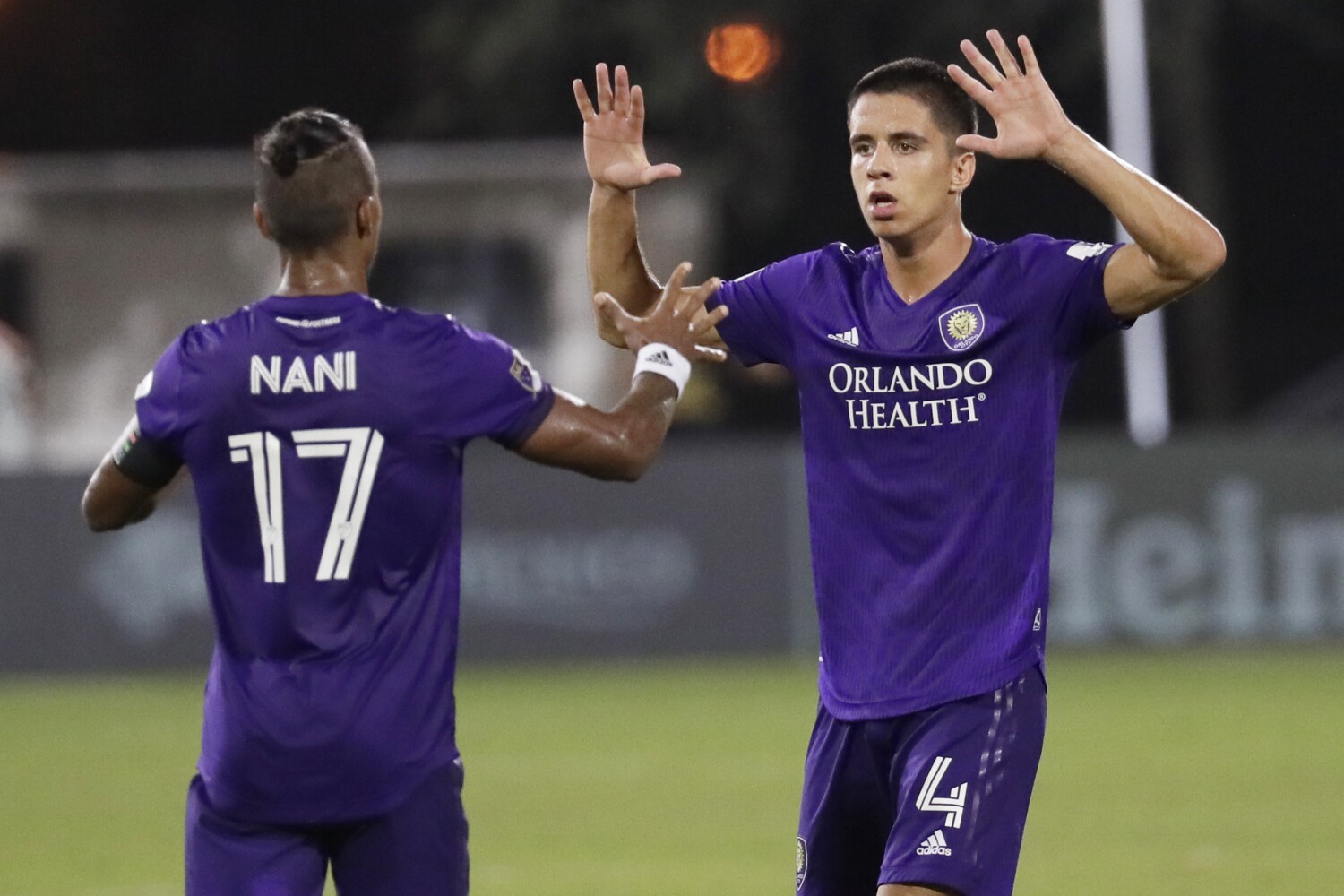 When LAFC made Joao Moutinho the No. 1 pick in the 2018 MLS SuperDraft, the team thought it had a young defender who could be an offensive force for years. That didn’t work out and LAFC traded him to Orlando 11 months later.

Moutinho made the team pay for that Friday, scoring the tying goal in the 90th minute before converting his try in penalty kicks to eliminate his old team from the MLS Is Back tournament at the ESPN Wide World of Sports Complex in Orlando, Fla.

The quarterfinal ended 1-1 then went to penalty kicks. Orlando City converted all five of its tries while LAFC’s Jordan Harvey put his attempt off the crossbar in the second round. When Nani converted his kick in the fifth round, LAFC’s tournament was over.

Bradley Wright-Phillips scored for LAFC in the 60th minute on the team’s first shot of the night. But it wouldn’t have happened without Diego Rossi racing to the end line to keep the ball in play, then right-footing it to the front of the goal. Wright-Phillips did the rest, splitting two defenders to collect the pass and push a shot past Orlando City keeper Pedro Gallese for his fifth goal on the tournament.

Only Rossi, with seven, has more. For Wright-Phillips, a two-time league scoring champion signed as a free agent in February, the five goals in as many games marks his most productive stretch since the summer of 2017.

Orlando City matched that in the 90th minute when Moutinho sliced between Francisco Ginella and Harvey to head in a Nani free kick at the far post.

Orlando City, which hasn’t made the postseason since entering MLS in 2015, has been quarantined in a protective COVID-19 bubble like the rest of the MLS teams in the tournament despite playing less than 20 miles from its regular-season stadium. And the Lions have performed well here, entering Friday’s game unbeaten in the tournament, then frustrating LAFC throughout a scoreless first half.

LAFC appeared to go up 1-0 just after the half-hour mark on a goal by Wright-Phillips but after a brief video review referee Joseph Dickerson negated the score, ruling that Brian Rodriguez had been offside in the buildup.

The sequence began with Mark-Anthony Kaye sending a ball forward to Rodriguez breaking into the penalty area. Ruan caught Rodriguez on the edge of the six-yard box and tripped him, but Wright-Phillips gathered the loose ball and tapped it into the goal.

When Dickerson waved the score off it marked the first time in 10 games, dating to last September, that LAFC failed to score in the opening half — and this time it didn’t even take a shot. Orlando City had seven in the first 45 minutes, putting three on target.

The Lions couldn’t take advantage though, even after Yuan won a penalty kick early in the second half on a poor tackle from LAFC’s Diego Palacios. Nani took the penalty but Vermeer guessed correctly, diving to his right and getting to the ball quickly to bat it away with both hands.

Letters: What’s the bottom line for the Bruins?

Veteran pitcher Jeff Johnson finds path back to the mound