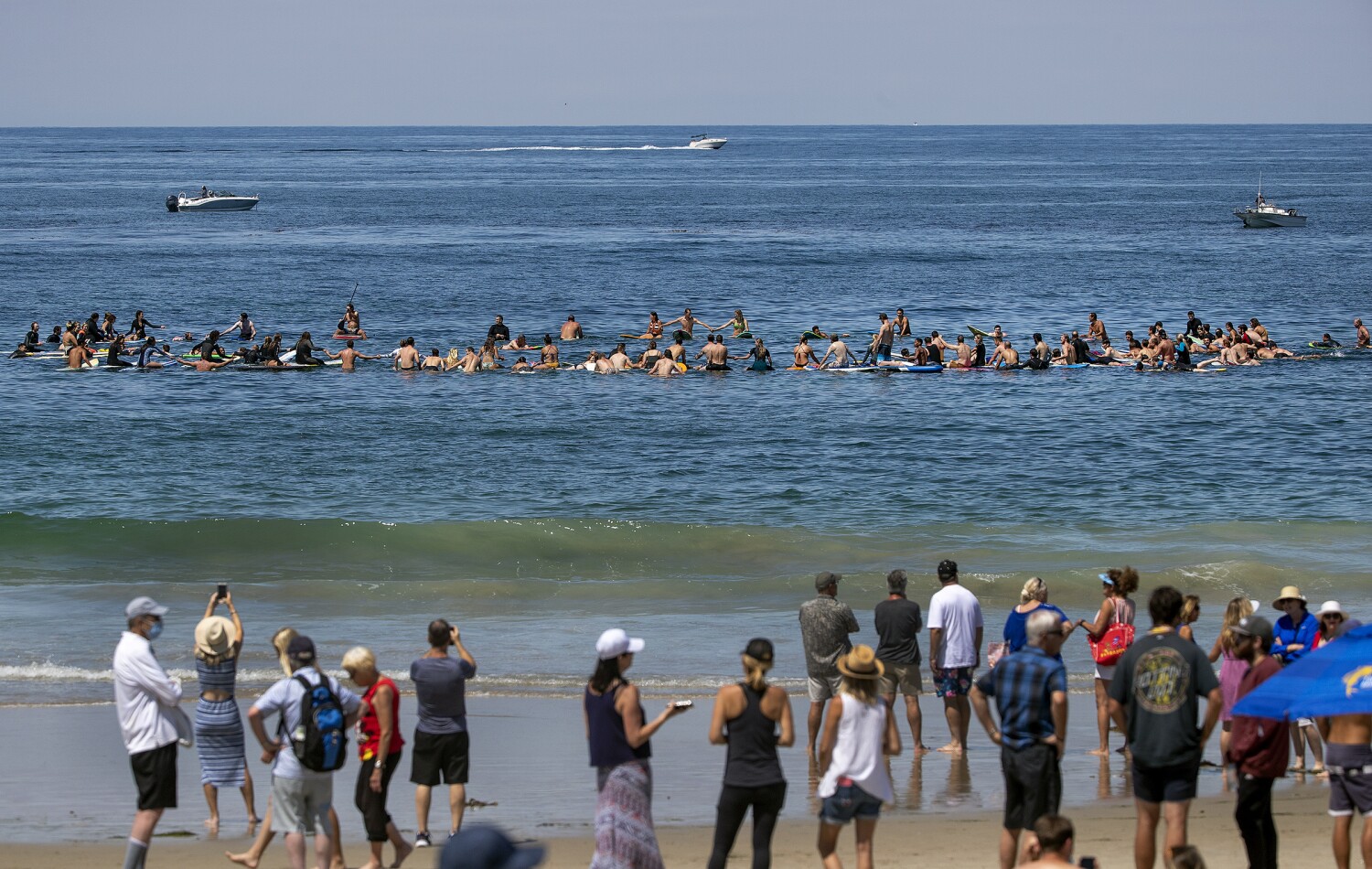 As the sun broke through the fog on Saturday morning above Salt Creek Beach in Dana Point, revealing a quintessential Southern California moment of beauty and peacefulness, more than 100 family, friends and acquaintances of former Santa Margarita High and USC offensive lineman Max Tuerk gathered to celebrate his life.

On June 20, the day before Father’s Day, Tuerk collapsed during a hike with his parents in the Cleveland National Forest and died. He was 26. An autopsy report is pending.

On a grass field above the beach, with surfboards on the ground before a scheduled paddle out, Tuerk’s brother, Drake, and sisters Natalie and Abby sat next to Drake’s girlfriend, Emma Horton, as she played on a guitar and sang a three minutes, 30 seconds rendition of the song, “Over the Rainbow.” People were wiping tears as her soft, soothing voice gave everyone a moment to reminisce.

Former players from USC and former Santa Margarita coach Harry Welch were among the visitors.

“This is the essence of Matt,” Hernandez said. “The beach, the sunshine, the cool breeze.”

After the song, people gathered their surfboards, walked down to the beach and paddled out to form a circle, some tossing rose petals.

Tuerk’s sister, Natalie, is a lifeguard who just finished her freshman year at UCLA. She was ready to help out anyone in need on their boards. She said Max never made fun of her college selection, but did say, “Fight On.”

Santa Margarita High has scheduled a night to honor Tuerk on July 17 at 6 p.m.