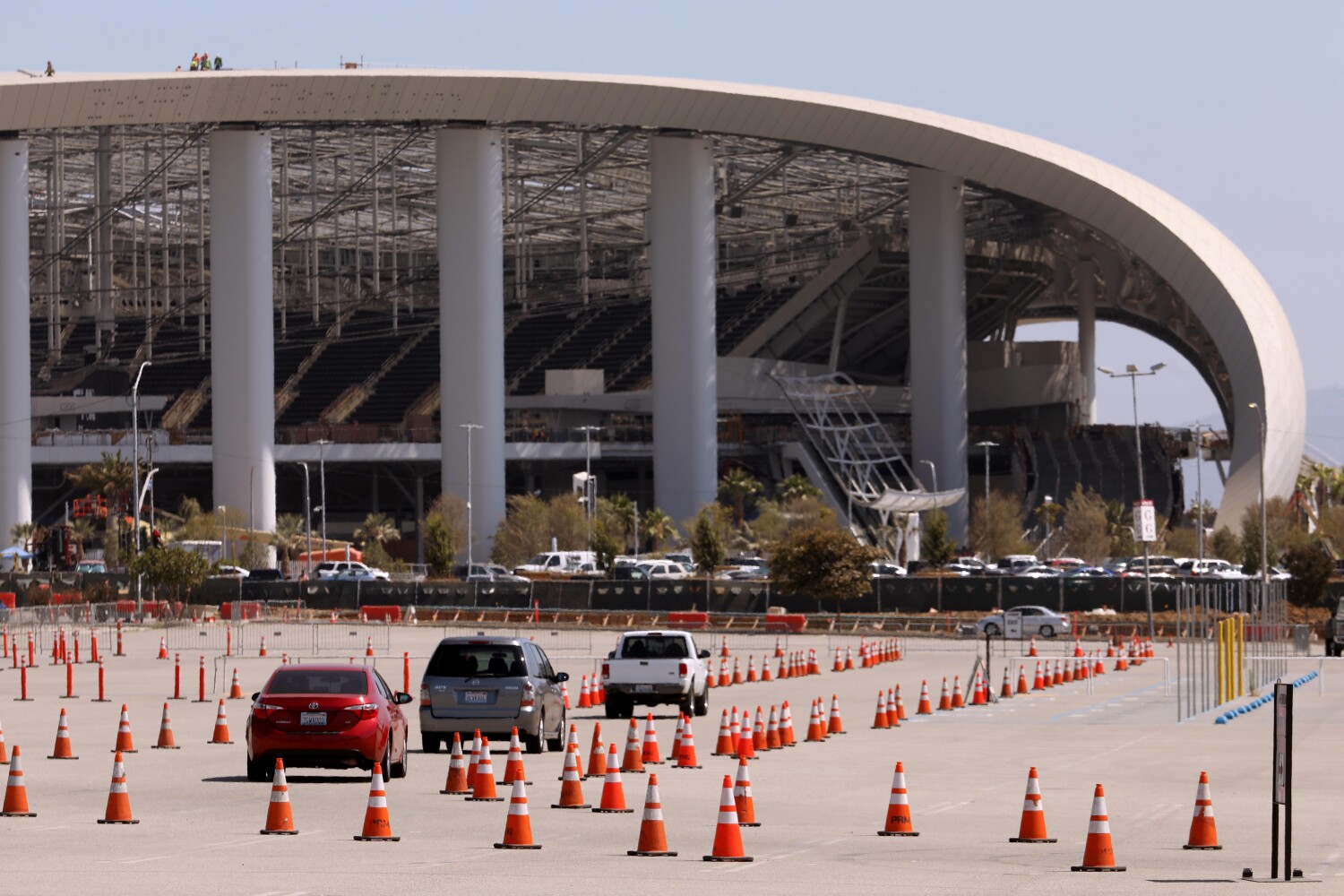 The family of a construction worker who died after falling more than 100 feet from SoFi Stadium’s roof has sued developers over the accident.

“Due to delays caused by the coronavirus pandemic and the required completion date in August 2020 for the forthcoming NFL season, work was unnecessarily and unsafely hurried by the Defendants, resulting in the lack of appropriate safety precautions and lack of a safe work space, which were a substantial factor in causing the fall,” the 17-page complaint says.

Stadco LA, the company behind the privately financed development; two companies that make up the Turner-AECOM Hunt joint venture overseeing construction; and two subcontractors are named as defendants.

Representatives of the stadium and the joint venture didn’t immediately respond to requests seeking comment.

Becerra fell an estimated 110 feet on June 5 from the southeast corner of the stadium near a concrete column that supports the massive structure. The lawsuit alleges a roof panel was removed “without notice to workers including Decedent or barriers being placed to protect against the newly-created fall hazard,” which led to the accident. It also says that “fall protection equipment” wasn’t present “at and around the location of the fall.”

After the death, a spokesman for the joint venture said in a statement that, “The health and safety of the people on-site and in our community is and always will be our foremost concern. We have in place a robust and rigorous safety program, and our entire team, at every level, works hard every day to prevent incidents like this.”

Brian White, one of the Texas-based attorneys representing the family, previously described Becerra as the “hero of his family.”

The five causes of action include negligence and premises liability. The lawsuit seeks unspecified damages, including covering the loss of future earnings from Becerra and funeral expenses.

A second construction worker, Simon Fite, died at the project last month after the joint venture said he showed “signs of a health issue. The L.A. County coroner hasn’t released a cause of death pending “further investigation.”

Candace Parker, and daughter Lailaa, ready for WNBA to start