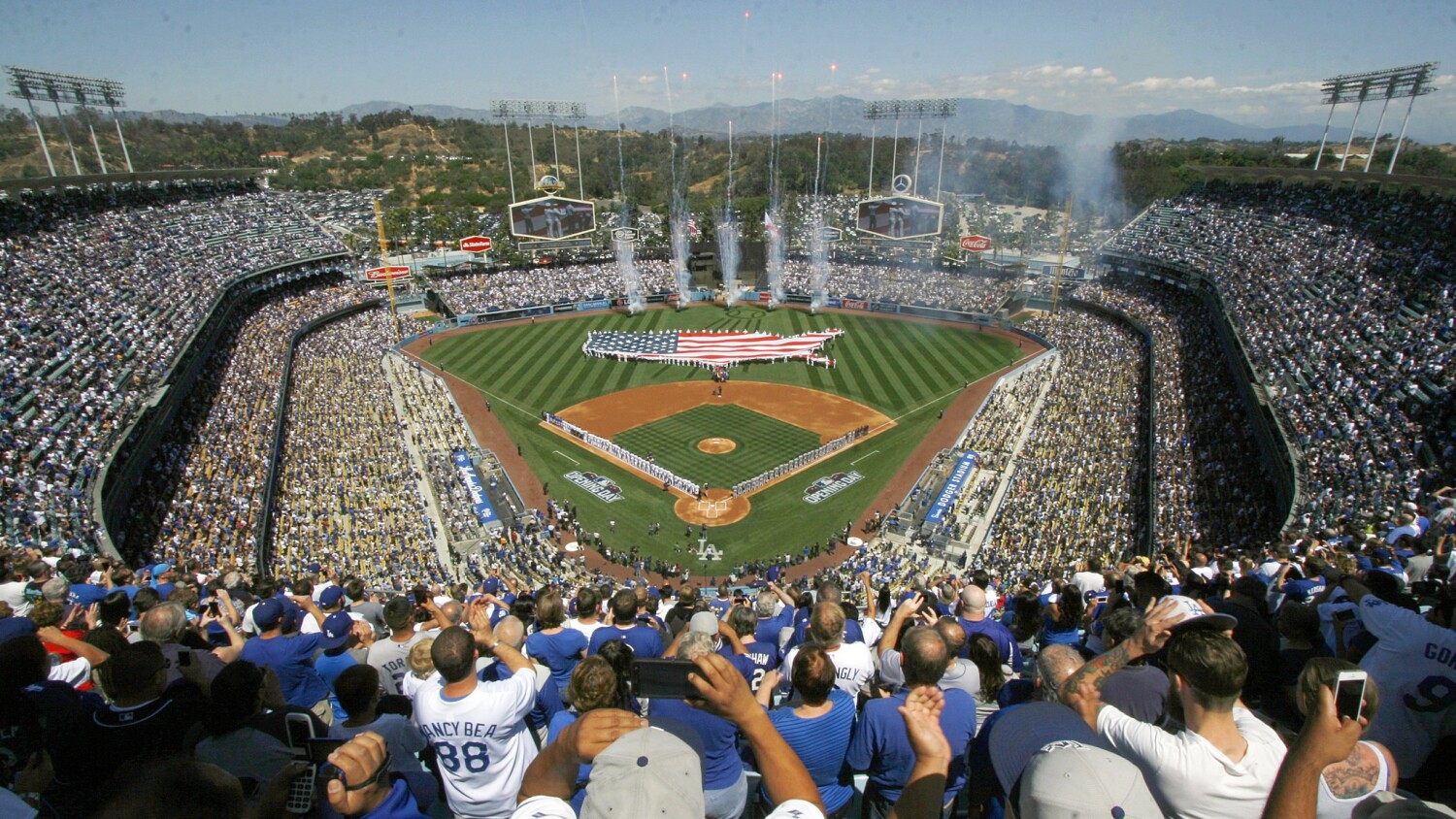 If Major League Baseball manages to successfully start its 2020 season on July 23, fans won’t be there to watch as the coronavirus continues spreading at alarming rates around the country.

But allowing fans at games in 2020 is a possibility because the league’s Operations Manual says so. The sentence leaving the door cracked was placed in the middle of a meaty paragraph on Page 28: “Clubs may permit fan attendance at games with the approval of MLB and relevant local authorities.”

Dodgers President Stan Kasten, however, said he doesn’t expect fans will be allowed at Dodger Stadium in the near future.

“It is not on the table anytime soon,” Kasten said Friday. “Obviously, when it is safe for fans to show up, we’d love for that to happen, even if it’s a small number to begin. But I think we’re going away from even thinking about that.”

Teams in different states are on different timelines. Texas Gov. Greg Abbott this week reiterated that he wants fans to attend sporting events in the state at half-capacity soon despite rising COVID-19 cases and hospitalizations in the state. Houston Astros owner Jim Crane told reporters “that’s the plan.”

Illinois Gov. J.B. Pritzker said the Chicago Cubs and Chicago White Sox could allow as many as 8,000 fans at their ballparks.

Gov. Gavin Newsom has said he doesn’t envision stadiums packed with fans until a vaccine is available. This month, USC athletic director Mike Bohn informed football season-ticket holders that the university was planning for “a reduced capacity” at the Coliseum.

Playing games in empty stadiums during the coronavirus outbreak was the root cause for the three-month stalemate between owners and players. They couldn’t agree on how to split money without fans splurging at games. Eventually, they agreed to disagree on a 60-game season with prorated salaries.

But what happens if some teams are allowed to have fans at games and others aren’t? Wouldn’t that be a financial advantage for those clubs?

“That has been discussed and I think the thinking is: ‘Look there are differences in markets all the time, right?’ ” Kasten said. “And who knows better than us? We have more media money than other markets to use an example. So, I’m just not going to worry about those kinds of things this year.”

In early May, the Chinese Professional Baseball League, the first major professional baseball league to launch its 2020 season, opened its stadiums to fans in Taiwan. A month later, the league eased rules, allowing people to sit closer together and eat and drink while at games.

Taiwan, with a population of nearly 24 million, has reported six confirmed coronavirus cases since May 8. The United States reported a new high of 44,726 cases Friday.

The pattern could reverse over the next four months, before a World Series champion is crowned in October, if the season survives that long. But the unknowns are endless.

“At no point in this dilemma have we known what was going to happen four weeks in the future,” Kasten said.

“We haven’t. Not once, right? So I don’t know what’s going to happen in four weeks. I just don’t.”

NBA on track to open practice facilities Friday in some states