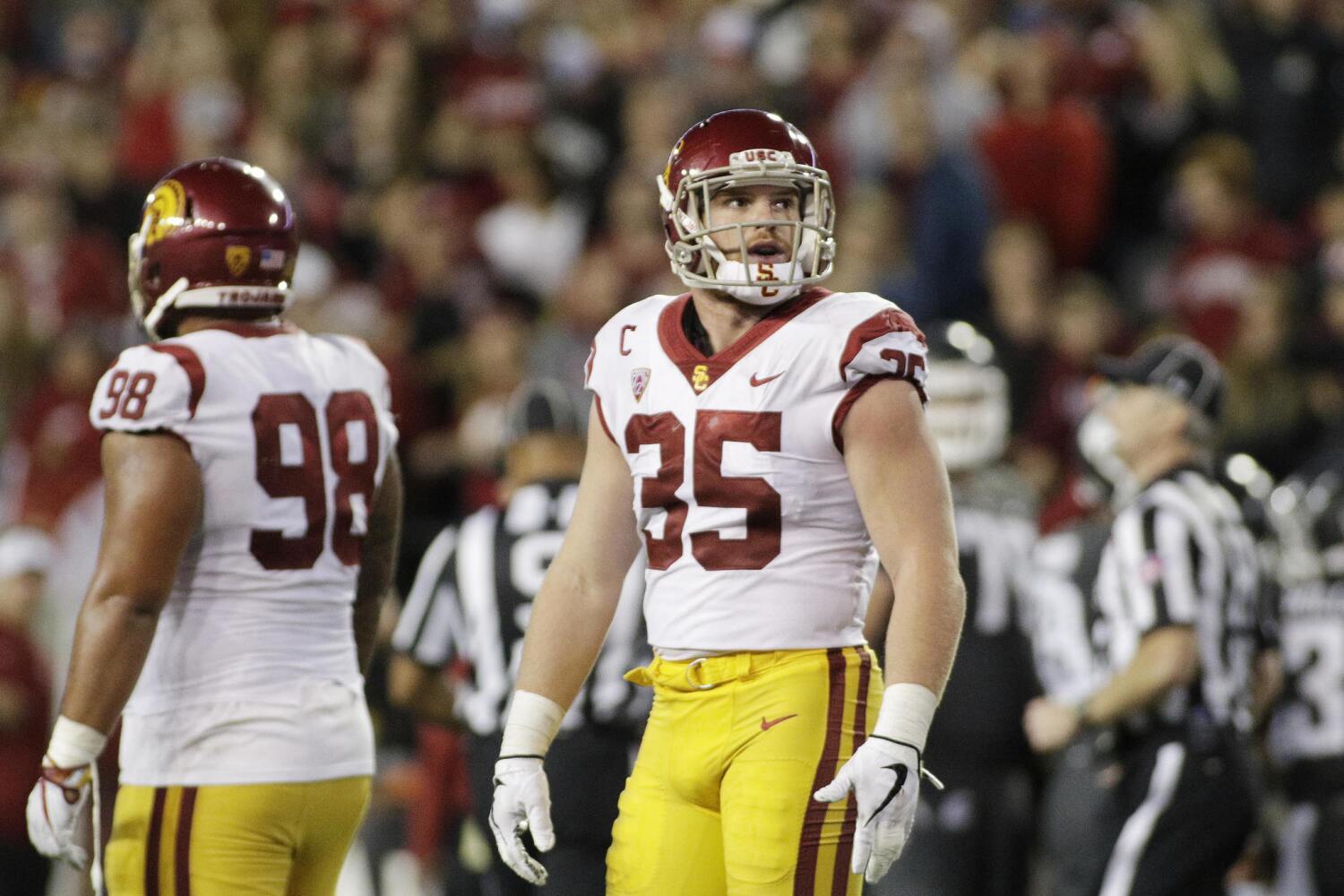 Former USC linebacker Cameron Smith announced Saturday that he has an enlarged heart that will require open heart surgery and force him to miss the 2020 season with the Minnesota Vikings.

“Earlier this week I found out I need open heart surgery to fix a bicuspid aortic valve that I was born with,” Smith wrote on Instagram. “Although this will unfortunately end my 2020 season, it is really a blessing that we found this as my heart is severely enlarged and wouldn’t have lasted much longer.

“I found this out after I tested positive for COVID and had to have further testing done as protocol. The Lord works in mysterious ways, but I could really feel him on this one.”

Smith, who was selected by the Vikings in the fifth round of the 2019 draft, said the surgery should allow him to resume his career. Smith started for four seasons with the Trojans and was selected the Pac-12’s defensive freshman of the year in 2015.