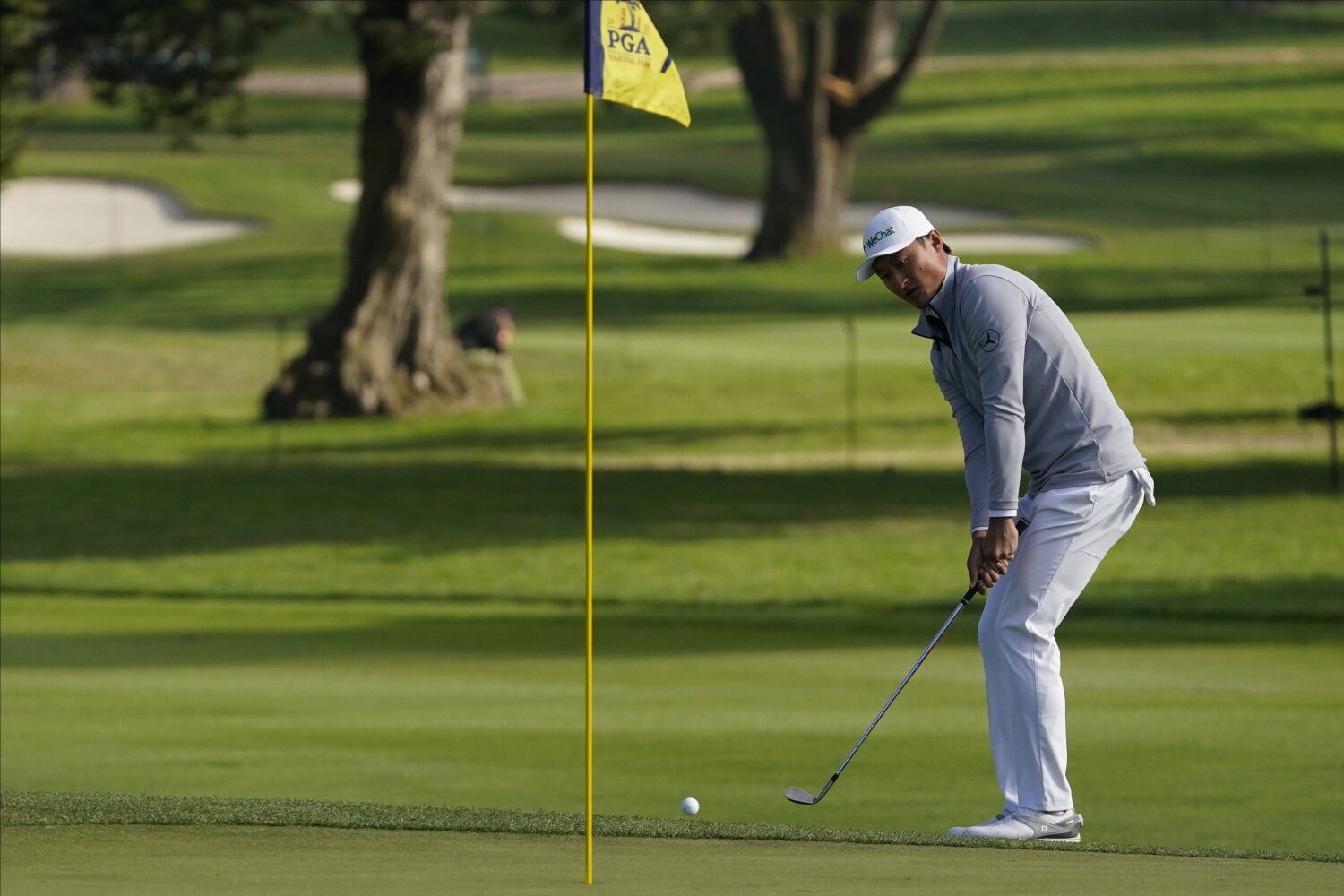 China’s Haotong Li shot a five-under-par 65 Friday morning to claim the second-round lead in the PGA Championship at Harding Park.

Li, whose 67 on Thursday put him two strokes off the lead, began Friday with back-to-back birdies and added three more over the next eight holes to reach eight under, where he stayed for the rest of his round.

Through two rounds, he has just one bogey.

“The last couple days, I’ve been pretty much all hit in the right spot,” he said. “Even if I miss the green, I still got a chance to up-and-down, and also got a lot — good lie in the rough.”

Li, 25, who has yet to win on the PGA Tour, came out of nowhere in the 2017 British Open at Royal Birkdale, finishing the final round with four consecutive birdies to shoot 63 and finish third. His performance was largely eclipsed, however, by the head-to-head, down-the-stretch dramatics of Matt Kuchar and eventual champion Jordan Spieth.

Li is sponsored by the social media app WeChat, which was banned — along with TikTok —- Thursday by President Trump over security concerns.

“I don’t know,” Li said, when asked for his thoughts on that development. “Who knows?”

This date in sports: Yankees’ Jeter gets 3,000th hit