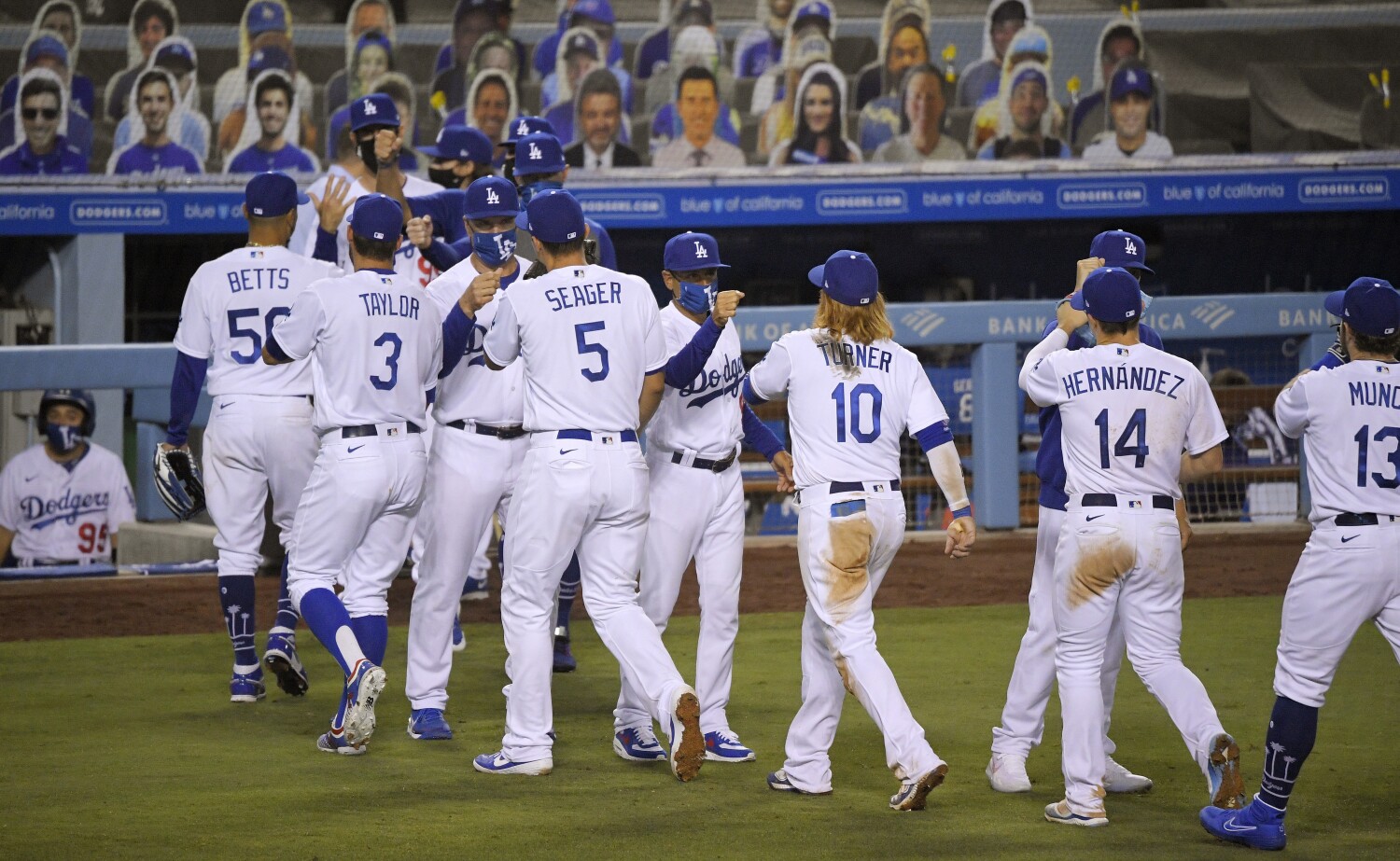 In normal times, Houston would have been the center of the baseball universe this week.

For the first time since the offseason revelation of the Astros’ sign-stealing scandal, the Dodgers face the franchise that stole — some would argue, literally — the 2017 World Series from their grasp.

Players who traded verbal jabs in the press will meet on the field, still comprising two of baseball’s best teams three years later. The sport will see its most anticipated matchup renewed at last, a rivalry revolving around hot-tempered revenge.

But these, of course, are anything but normal times. Instead, on the first Monday of the regular season, all eyes orbited the Marlins, whose sudden coronavirus outbreak postponed their home opener (as well as a game between the Phillies, their previous opponent, and the Yankees) and called the feasibility of baseball’s entire season back into question.

Attention gravitated toward MLB’s New York offices, where decision-makers have yet to say exactly how many positive COVID-19 cases, or how many more team-wide outbreaks similar to Miami’s, could cause a disruption to the league-wide schedule.

With the weight of an entire season in the balance, the banging of trash cans now seems muted.

As the Dodgers embark on their first trip of the season, ensuring the health and safety of their team has made every other storyline feel so irrelevant.

“Now we REALLY get to see if MLB is going to put players’ health first,” Dodgers pitcher David Price, who opted out of the season because of concerns about the pandemic, tweeted on Monday. “Remember when [commissioner Rob] Manfred said players health was PARAMOUNT?! Part of the reason I’m at home right now is because players health wasn’t being put first. I can see that hasn’t changed.”

For their part, the Dodgers have struck a serious, committed tone when talking about COVID-19 protocols. After at least two players, Kenley Jansen and AJ Pollock, received positive intake tests at the start of training camp this month, the team has tried to police itself with social distancing, altering everything from its locker room arrangements to shower routines.

That might become a significantly tougher challenge on the road, where Dodgers players will be living out of hotel rooms and, apart from trips to the ballpark, in relative isolation for the next nine days, starting with two games in Houston on Tuesday and Wednesday.

“We’ve been really cautious and careful here,” catcher Will Smith said Sunday. “[On the road], we’ll just be extra careful and stay at the hotel or go to the field. But I think it’ll be OK. Shouldn’t be too bad. Still got to go for it, test it out, see what works or doesn’t work.”

The shift in focus likely will dampen the hostilities. Cody Bellinger, among the most outspoken Dodgers when the sign-stealing scandal reached its peak in March, said this month all the animosity “feels so long ago.”

Justin Turner, who also directed his ire at the Astros and the commissioner during spring training, said while the team’s feelings haven’t changed, the urgency of a 60-game season has redirected its focus.

Pitcher Alex Wood expects “both sides are going to have a chip on their shoulder, especially after what happened in 2017 and then also from them, as vocal as me and a lot of our guys have been with regards to that,” he said last week. “It was just a gut-wrenching situation.”

However, “we haven’t had a whole lot of talks about it since spring training,” Wood added. “I think guys are trying to look forward, not back.”

And even if tempers flare, the magnitude of the moment might get lost amid the mounting obstacles facing this pandemic-altered campaign — fading like a comet against baseball’s increasingly darkened skies.

“This offseason, it opened up a wound,” manager Dave Roberts said Sunday night when asked about facing the Astros again. “But we’re looking to win a baseball game. I’m not going to talk about it. I’m not going to revisit it.”

In these abnormal times, after all, the teams have far more than each other to worry about.

Sparks have lots in reserve with Riquna Williams, ‘bench mob’