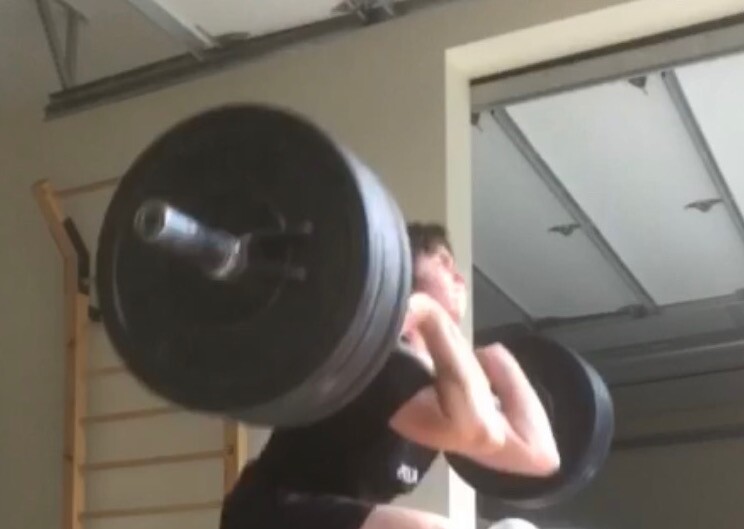 The old-school thinking on sports training is you must work out every day because if you don’t somebody else will be outworking you. There’s a new way of thinking: The quality of the workout is more important than how long and how often it takes place.

It’s something high school athletes need to take into account as they try to stay in shape during the COVID-19 pandemic, with seasons delayed for months and on-campus training halted until further notice. Coaches say athletes need to train smartly.

Nick Garcia, the strength and conditioning coach at Sherman Oaks Notre Dame, said athletes should view their training routines similar to maintaining a car. “If you continuously grind your car with no maintenance and servicing, then it won’t last long and break down,” he said. “If you take care of it, you will get it to last a long time. Days off are like routine maintenance.”

“I’m telling the kids to get out into the sun, ride the bike, go to the beach, go surfing,” Thomas said. “That’s more general training. I think there’s a lot of kids doing too much football. They were working like it was going to happen normally. I’ve been telling them don’t do that. Be general and not specific.”

Servite has been holding video conferences four days a week in which coaches advise athletes on training.

“One of the biggest things in strength and conditioning and speed work and how to improve is rest and recovery,” Thomas said. “Young athletes can go and go and don’t realize the toll on their bodies until they are hurt.”

David Long Jr., a defensive back with the Rams and former Loyola High and Michigan standout, said last year, “It’s not about working out every hour, every day of the week. It’s about having a plan and being consistent. It’s about peaking at the right time. Being calculated with all your playing. Being smarter. Everybody is working. It’s about who’s making progress, not just banging a head against the wall.”

After a year in the NFL, Long says, “I just realized I could get more done with an intentional approach rather than just trying to do as much as I can in a day. So I have rest days built in as well as deload days built in geared towards how my body feels. That way I am peaking at the right times.”

While athletes will start the school year with online classes, Christian Lozon, the head of sports performance at Orange Lutheran, said there’s no reason they can’t return to a routine they had before COVID-19.

“Try to stick to a routine what it would be at school,” he said. “Study the playbook and watch film. If you’re practicing four days, practice four days. You just have more time to spread it out.”

As for advice to parents, Lozon said they shouldn’t be sold simply on “glitz and glamour going on” in a weight room.

“Find someone you can trust. You have to buy in to what they are doing and trust it’s safe and effective,” he said.

There are athletes who don’t have garages serving as weight rooms and don’t have the money to buy weight-training equipment. In today’s training, there are plenty of other options and exercises to improve strength and agility through using body movement, bands and stretching, and you don’t have to do it three hours a day, seven days a week.

“We’re out there an hour,” Garcia said of his track athletes. “We don’t grind them. When they’re fresh, they’ll perform better.”

Garcia said you can have an active rest day, such as a light jog, swim, bike ride, massage or sauna. Then there’s the passive rest day with no working out.

Garcia said an NFL player told him when he was in college, he worked out every day and wasn’t improving his maximum weight lift while others were taking days off and getting better. Now the NFL player focuses on quality and shorter workouts.

Gavin Lux mum on why he reported late to Dodgers camp