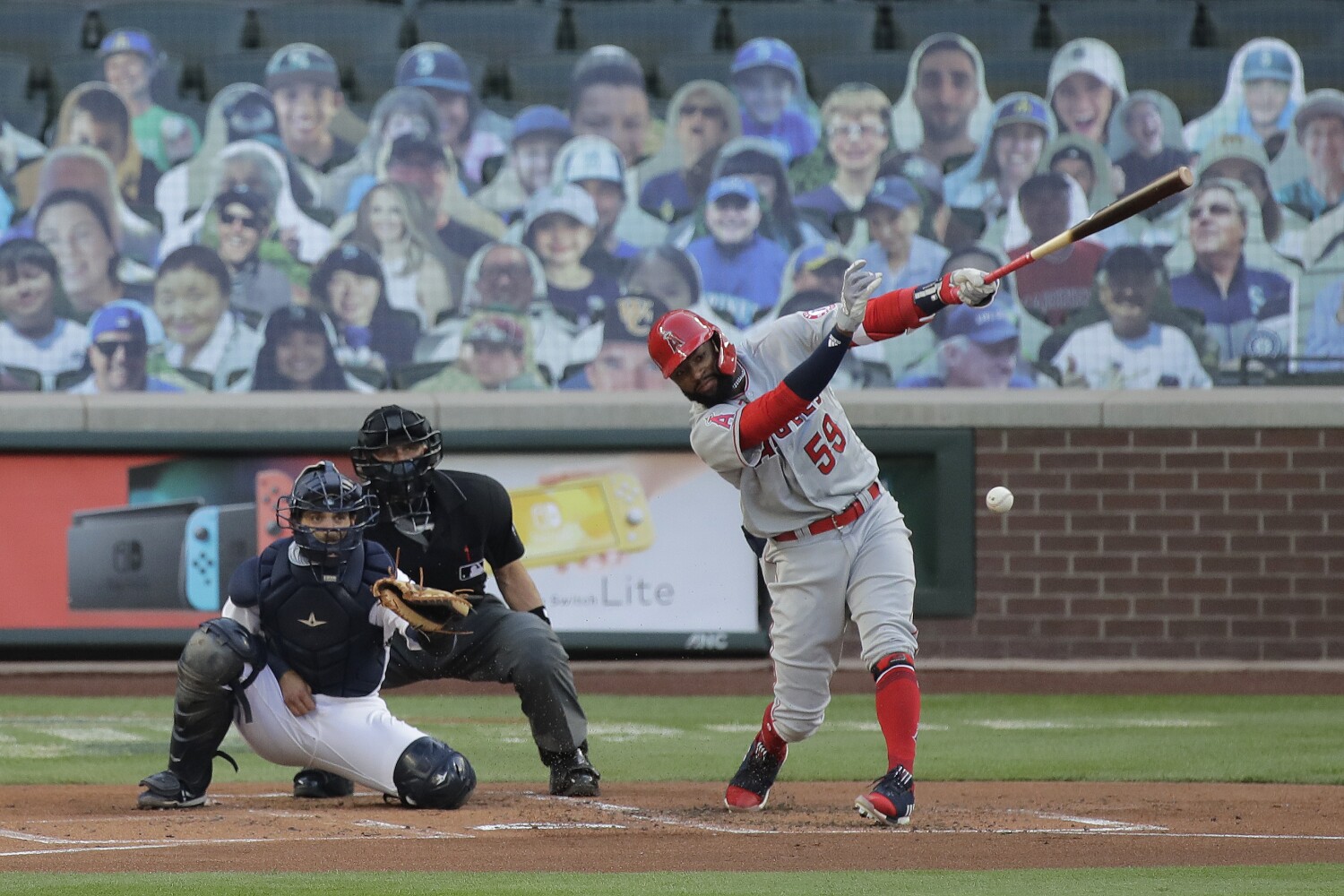 In his first game back following the birth of his son, and in the debut of the Angels’ most heralded prospect since his own MLB arrival, Mike Trout homered to key the Angels’ 5-3 victory over the Seattle Mariners on Tuesday.

Trout hammered his solo shot to left-center in the first inning. Not long after, Angels fans got a glimpse of their future. Top prospect Jo Adell, added to the roster before the game, secured his first hit on a slow grounder to the left side of the infield.

Adell and Trout went a combined two for seven. They’ll have plenty of opportunities to wreak havoc together. Adell will play frequently. Manager Joe Maddon said veteran Justin Upton, who is batting .135 with two homers and five RBIs in the third year of his $106-million contract, will platoon with fellow outfielder Brian Goodwin.

Adell, 21, began the season ranked as the league’s second-best prospect by Baseball America’s and sixth-best by MLB.com’s Pipeline. The last Angels minor leaguer to receive that much hype before his debut was Trout.

“He’s a blank canvas with a lot of ability,” Maddon said. “So I’m really looking forward to this.”

Adell spent the coronavirus shutdown making a change. Batting cages weren’t open in his hometown of Louisville, Ky., for most of the spring, but Adell focused on his mentality in the batter’s box.

“The big difference was my mind-set,” he said in a video call before making his debut at T-Mobile Park. “Wasn’t really anything swing-wise. It was more, what am I trying to do when I get into the box? I realized my strength is [hitting to right-center field], so having that in back of my mind — knowing I can let the ball travel — I think it helped me make better decisions at the plate and allowed me to be more comfortable, not jumpy, and know that part of the field is open and I’m going to be able to hit balls that way.”

Earlier in the day, Trout strolled into a room on the lower level of T-Mobile Park and positioned himself in front of a camera. He couldn’t suppress joy as he spoke tenderly of the birth of his first child, Beckham Aaron. He praised his wife, Jessica, calling her “a champ. I don’t know If I could have went through that. How brave she was and how strong — she was pretty incredible.” He didn’t begrudge his exhaustion, evident under the smile.

“If somebody woke [me] up after couple hours sleep for no reason [before this], [I’d] be pretty upset,” Trout said. “But when you hear him cry or something, any little movement, getting up [isn’t] that hard. It’s your little man.”

The Angels were nearly silenced after taking a 3-0 lead in the first. Trout and Luis Rengifo walked in the second but neither scored when Rengifo, apparently forgetting the number of outs, was doubled off second on Anthony Rendon’s a fly ball to right field.

The Mariners retired 15 consecutive batters before the Angels reached base again. Rengifo broke the streak with a two-out single in the seventh. David Fletcher’s two-run homer put the Angels ahead 5-1.

The Angels’ bullpen nearly ruined a chance for starter Andrew Heaney, who gave up one run, three hits and four walks in 52/3 innings, to earn his first victory. Dylan Moore homered into the left-field corner off Keynan Middleton in the seventh. With Felix Peña on the mound an inning later, Seattle’s Kyle Lewis doubled off the top of the right-field fence and scored on a two-out bloop single. Ty Buttrey took Peña’s place and got out of the inning.

Buttrey remained in the game for his first save of the season, signaling a change in roles for struggling reliever Hansel Robles.

1. Albert Pujols homered for the 659th time in his career. His next will tie Willie Mays for fifth on the all-time list.

2. Reliever Hoby Milner recorded a hold in his second straight outing. He did not allow a hit in either appearance, an improvement after allowing a .333 batting average in his first four games.

3. Rather than assign a high-stakes role to one person, the Angels now will switch to using a closer committee. Former closer Hansel Robles, who had 23 saves last season, has a 22.09 ERA in four games this season.

How the Lakers rebuilt a champion more than a decade ago

‘Black Lives Matter’ to be painted on courts for NBA return