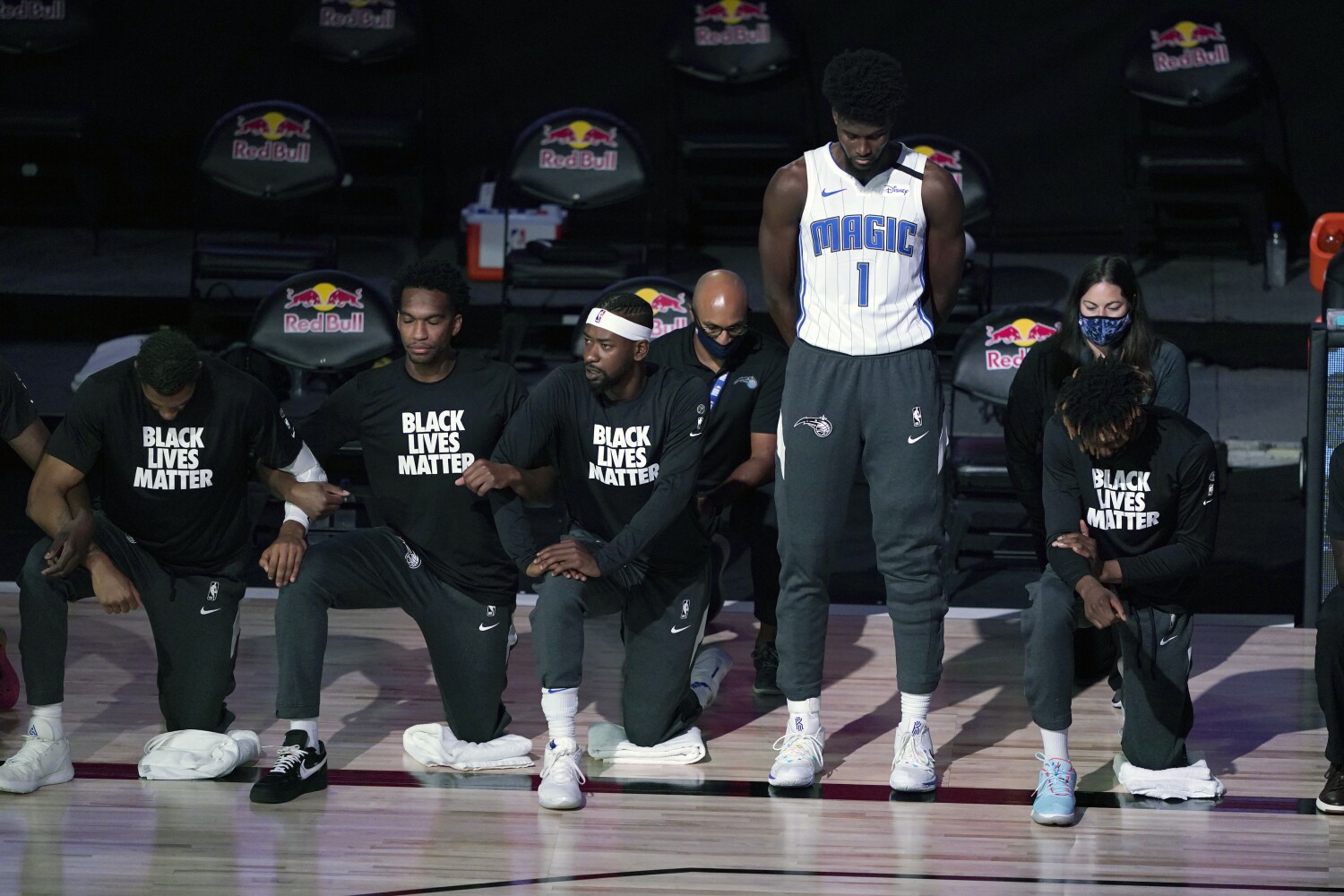 Orlando forward Jonathan Isaac declined to join in a demonstration against racism and police brutality before his team’s game with Brooklyn on Friday, citing a desire to express his religious beliefs.

NBA teams, with the exception of the Magic, have been united in kneeling during the playing of the national anthem, with players wearing T-shirts that say “Black Lives Matter” — a message that’s also present at center court of each arena in the Walt Disney World sports campus.

Isaac, who is Black, declined to participate, standing for the anthem while wearing his jersey. He said his decision had nothing to do with any special respect for the flag or the anthem.

“I do believe Black lives matter, but I just felt like it was a decision I had to make,” Isaac said in a video conference after the game. “… Putting that shirt on and kneeling wasn’t hand in hand on supporting Black lives or made me support Black lives or not.

He’s the first NBA player to stand during the playing of the anthem since the NBA relaunched its games from the ESPN Wide World of Sports Complex in Orlando, Fla.

In the wake of a number of killings of unarmed Black people, including George Floyd and Breonna Taylor, by law enforcement, NBA players have made sure that social justice remains a topic of conversation as the league relaunched this week, in some cases refusing to answer questions with anything other than demands for reform and justice.

Players, coaches and officials from all four teams that played during reopening night on Thursday knelt during the national anthem, making a statement of unity while condemning racism. The NBA has a rule requiring players to stand for the anthem since 1981, but Commissioner Adam Silver said he wouldn’t be enforcing it, allowing for peaceful demonstrations.

Players were also given the option to replace the name on the backs of their jerseys with a message of social reform.

The demonstrations continued into Friday’s games.

Isaac, 22, said he spoke about his choice beforehand with his teammates.

“It was just something I didn’t feel went hand in hand with supporting Black lives — just the means to an end. We’re protesting and doing things to get something done,” he said. “And I’m standing and not wearing a T-shirt to get something done as well, to get out of the realm of skin color, to get out of the realm … to see all the things that we all do each and every day that aren’t right and come to an understanding that at the end of the day, the answer to it all, to all of our problems to all of everything that goes on in our world is Jesus.”

Orlando, who won 128-118 against Brooklyn, plays again Sunday against Sacramento.

Are Lakers playoff-ready? Takeaways from win over Nuggets