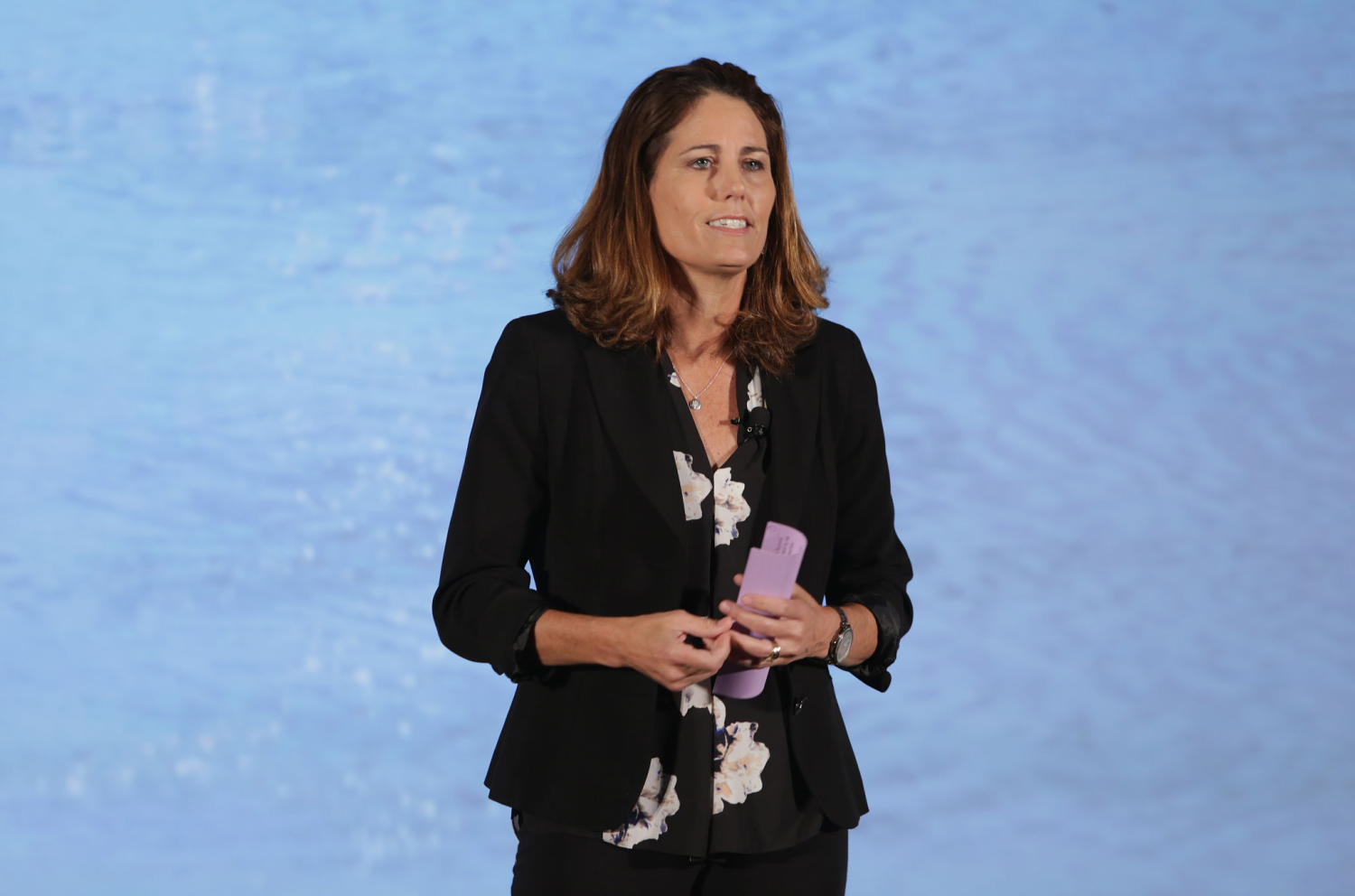 Los Angeles is star-centric by nature, but the addition of an NWSL expansion franchise that’s scheduled to debut here in 2022 demands a look beyond the marquee names in the 30-member ownership group to admire the motivation that compelled them to act as one.

None of them got into this to make money. They became founding investors in this majority-female group to make an impact, to build a team that will thrive on the field while entertaining and inspiring its community.

“As someone who spends hours kicking around a football with my two-year-old daughter, I want her to have a front row seat to this revolution,” Ohanian said in a statement.

“I’m personally investing on behalf of my family because creating more opportunities in women’s sports is important to my wife and me, and we want to be a part of making a better future for our daughter.”

Foudy, who lives in Orange County, sees an audience waiting to be served. “That’s what we’ve contended for a long time as players, going back to our days in the ‘90s, that if done right this is a market you can tap into. For a small investment you get a larger return,” she said by phone. “That is what’s most exciting for us as players, too — we’re able to give back to this next generation and continue to support the sport, support this league, and even, given the times, provide a great community outreach for Los Angeles as well.”

No question, that’s idealistic. And the prospect of starting another franchise in Los Angeles seems intimidating after the failure of the Carson-based XFL Wildcats, who lasted half a season before the league suspended operations in April.

With the COVID-19 pandemic making it difficult to know what life will look like tomorrow, launching a team that won’t take the field for two years seems incredibly foolish. Or incredibly brave. “We’re happy we finally have some good news for 2020. The first good news of the year. Let’s go,” Foudy said, laughing.

Forward they will go with a team now informally known as Angel City, though the name was previously claimed by a Los Angeles-based Roller Derby team and is likely to soon change.

Announcing the team’s birth on Tuesday was tied to supporting the NWSL’s return to play in the Challenge Cup tournament near Salt Lake City, according to Julie Uhrman, president of the group and a video game entrepreneur and lifelong basketball player. The NWSL, she noted, has recently attracted heavyweight sponsors such as Google, Secret and Procter and Gamble. That bodes well for the L.A. entry, which will be operated on a daily basis by a board and several committees rather than by the array of owners.

“The reason the list is so large is because everyone believes in the mission and the purpose of this organization, which is to ignite higher expectations on and off the field,” Uhrman said. “We believe in bringing mission and capital together, sports and entertainment, and local community involvement with a goal to entertain globally, and this mission has resonated whereby we aren’t just accepting checks. We’re accepting founding investors who want to help us become champions both on and off the field.”

Choosing the name, color, crest and kit are among Uhrman’s priorities. So is securing a venue. The plan is to focus on attracting sponsors and starting a ticketing campaign early next year in addition to ramping up the soccer operations side and determining “the type of soccer we want to play, who we want to bring in to lead that effort both on and off the field,” Uhrman said.

Superfans Lindsay and Mark Rojas of South Los Angeles are season-ticket holders for LAFC and supporters of women’s soccer, and they’re known for bringing banners to Banc of California Stadium calling for the NWSL to expand to Los Angeles. Tuesday was the day they’ve long awaited.

“These people that are part of this founding group of owners are people with altruism and purpose, not just financiers in it for a money grab or something like that,” said Mark, a graphic designer. “There’s a greater underlying purpose behind their support for this initiative.”

Purpose is great. A smart business plan is even better. Foudy is confident the team will be prepared in that aspect, one of many factors that will dictate its success.

“And, I think, getting some players in that can create an exciting atmosphere, a creative style of play that’s fun to watch. All of those things. Recognizing, also, it probably will take some time. Even with the names and the ownership group that you have, you still have to learn and grow and be humble in that regard.”