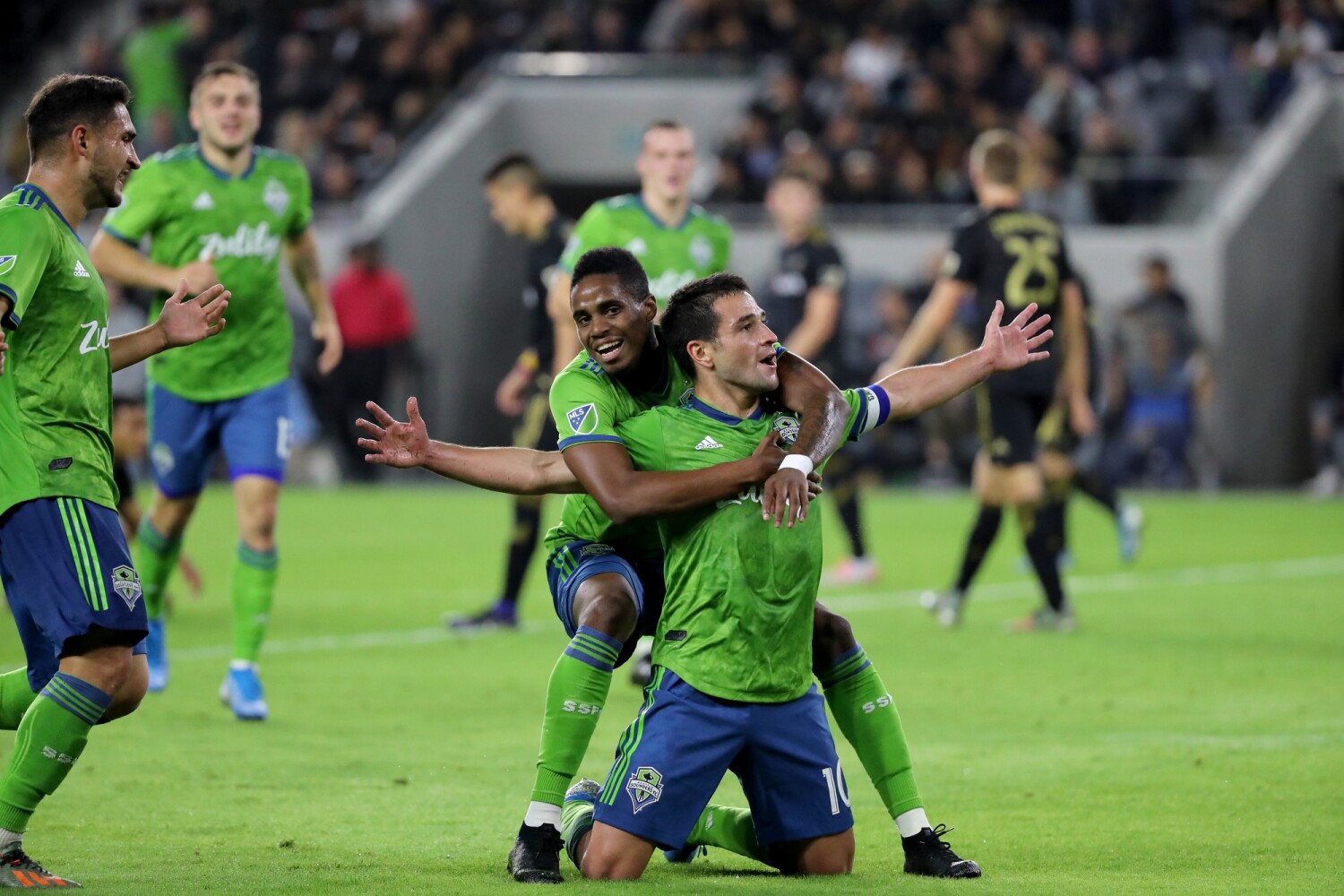 The last time LAFC played a win-or-go-home game against an MLS team, it lost and went home.

That was in the 2019 playoffs when the Seattle Sounders deprived Bob Bradley’s team of a chance to play for a league championship. LAFC hasn’t lost an MLS game since.

The teams will meet Monday for the first time since that October playoff match in the round of 16 of the MLS Is Back tournament at ESPN’s Wide World of Sports. And although the stakes aren’t as big, the situation is the same: Win and keep playing; lose and fly home.

“Everyone knows that they finished our season last year. I think we’ve all watched that game many, many times,” said Bradley, who guided LAFC to the best regular-season record in MLS history in 2019 only to see it end in a 3-1 loss to Seattle in the Western Conference final. “It was a game where I don’t think we were as sharp as we needed to be. We made a few mistakes and paid the price.

“And as good as we’ve been in the last year and half, that’s still the challenge every time we step on the field.”

LAFC (1-0-2 in Florida, 2-0-3 on the season) stumbled but never fell in the first round of the MLS Is Back tournament, settling for draws with Houston and Portland sandwiched around a rout of the Galaxy to finish second in the group to Portland. Meanwhile Seattle (1-1-1, 2-1-2), the defending MLS champion, scored just once in its first two tournament games and narrowly advanced to the round of 16 by beating Vancouver in its group-stage finale.

So, although last year’s playoff game hasn’t been forgotten, LAFC midfielder Mark-Anthony Kaye says those memories won’t have much of an effect on Monday’s match.

“Revenge? Yeah, sure people can call it that,” he said. “To me it’s just another opportunity to win. If you think too much into revenge, sometimes you leave yourself open to harm. So we need to just go in with the right mentality and try to take care of the little things and continue to push our football forward.”

Monday’s winner will have to make a quick turnaround for Friday’s quarterfinal with Orlando City, a 1-0 winner over Montreal in its first elimination game Saturday. But however the games come, after a four-month break in the schedule caused by COVID-19, Bradley said his team needed to keep playing if it hoped to keep improving.

“The combination of more training and games is how we start to get back to top form,” he said. “It all gets tested quickly in the knockout part of it. The experiences that some players have had in the past, the experience as a staff that we’ve had, tells us that you come out of the group phase hardened. You come out of the group phase with confidence and determination.

“We’re starting off with a big, tough test with the arrival of Seattle.”