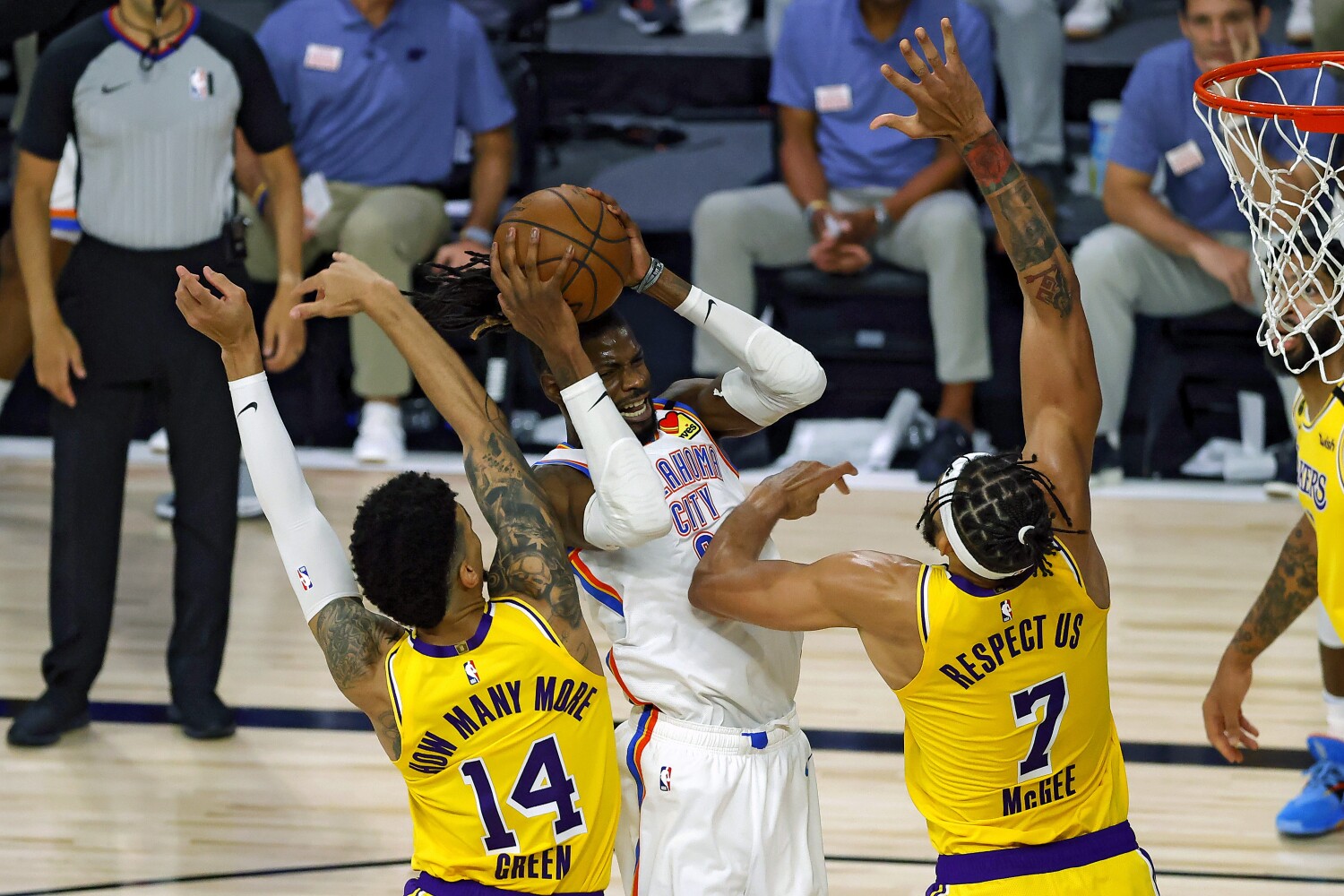 For weeks, Lakers Coach Frank Vogel has insisted that the Lakers wouldn’t change the way they played or their goals in each individual game once they clinched the top seed in the Western Conference.

To that end, he played all of his starters against the Oklahoma City Thunder on Wednesday night in Orlando even though the Lakers had clinched the top seed Monday with a win over the Utah Jazz.

But still, the Thunder dominated the Lakers, winning 105-86.

LeBron James and Anthony Davis played about 30 minutes each with James scoring 19 points with 11 rebounds and four assists while Davis contributed nine points. Five players scored in double figures for the Thunder, led by Chris Paul with 21 points.

With the win, the Thunder, who are in sixth place in the West, improved to 42-25 while the Lakers fell to 51-16. The Lakers have now won two games and lost two in the bubble.

Here are three observations from the game: