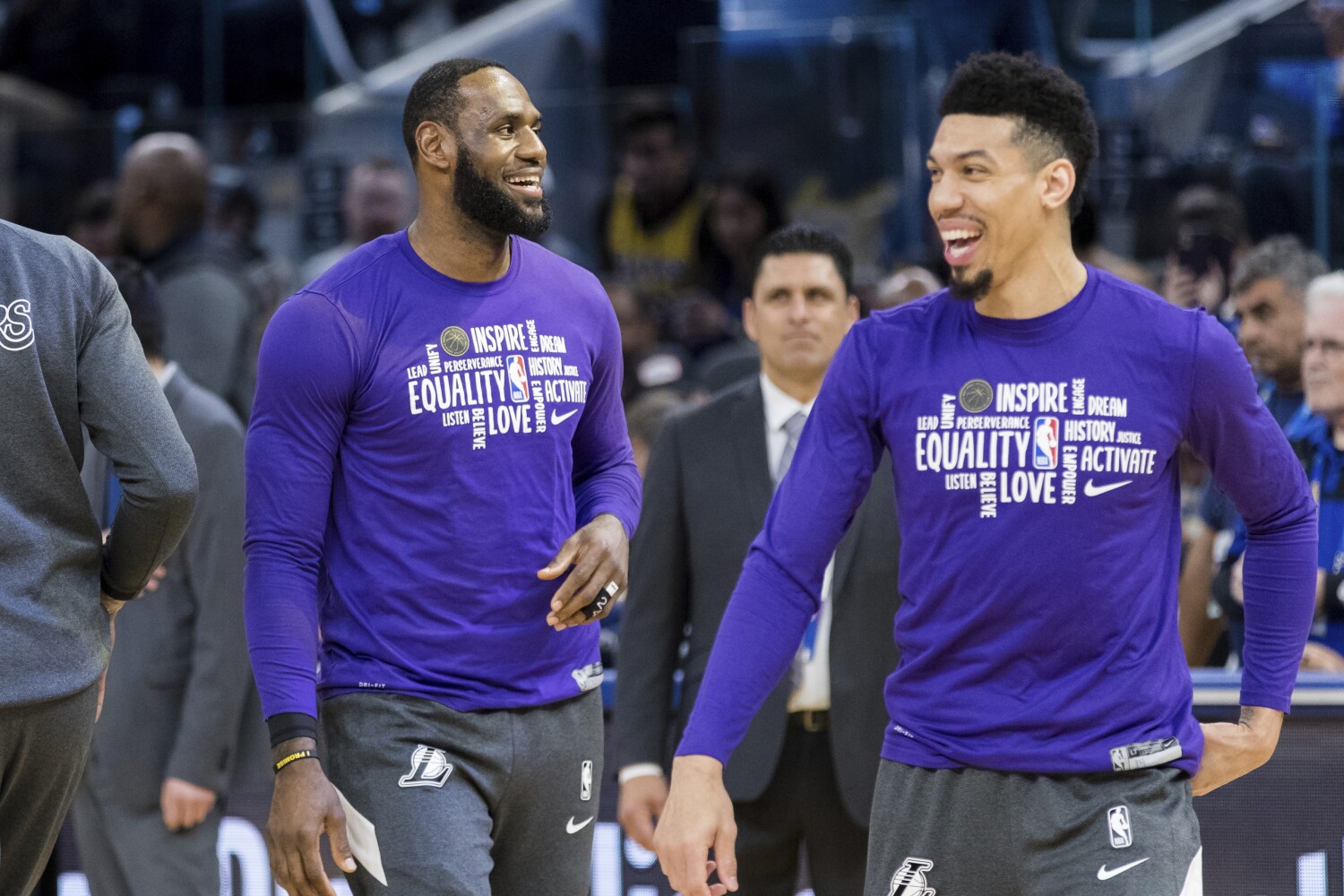 The Lakers had been playing their best basketball of the season — and perhaps the best of any team in the NBA — having won 11 of their last 13 games before the league was shut down because of the coronavirus pandemic.

They had defeated two of the league’s other heavyweights in the Milwaukee Bucks and rival Clippers over the March 6-8 weekend, raising their expectations as serious championship contenders in the process.

Now more than four months since the Lakers last played a game, they are seeking to reclaim and, hopefully, exceed the magic they had in March when the NBA restarts its season at the ESPN Wide World of Sports Complex in Orlando, Fla.

Despite playing in an arena with no fans, it shouldn’t be hard for the Lakers to have a level of excitement for the restart because they open Thursday night against the Clippers.

“The goal is to be better,” Lakers guard Danny Green said during a video conference call Thursday. “We were good. We weren’t where we wanted to be then either still.”

The Lakers will bring LeBron James and Anthony Davis, considered the top duo in the league, with them for this intense matchup.

The Clippers will counter with Kawhi Leonard and Paul George, viewed as the best two-way pair in the NBA, for the fierce affair.

The Lakers played three scrimmages before the lead-up to the eight “seeding” games, winning two of them.

Lakers guard Danny Green acknowledged how well the Lakers had been playing before the stoppage, but he still expects more out of his teammates as they move forward.

“We played good basketball,” Green said. “We lost to Brooklyn before the hiatus so we need to have that same focus like are playing Milwaukee or the Clippers and continue to get better.

Dodgers not getting whole picture because of video room ban

Five takeaways from the Lakers’ loss to the Raptors