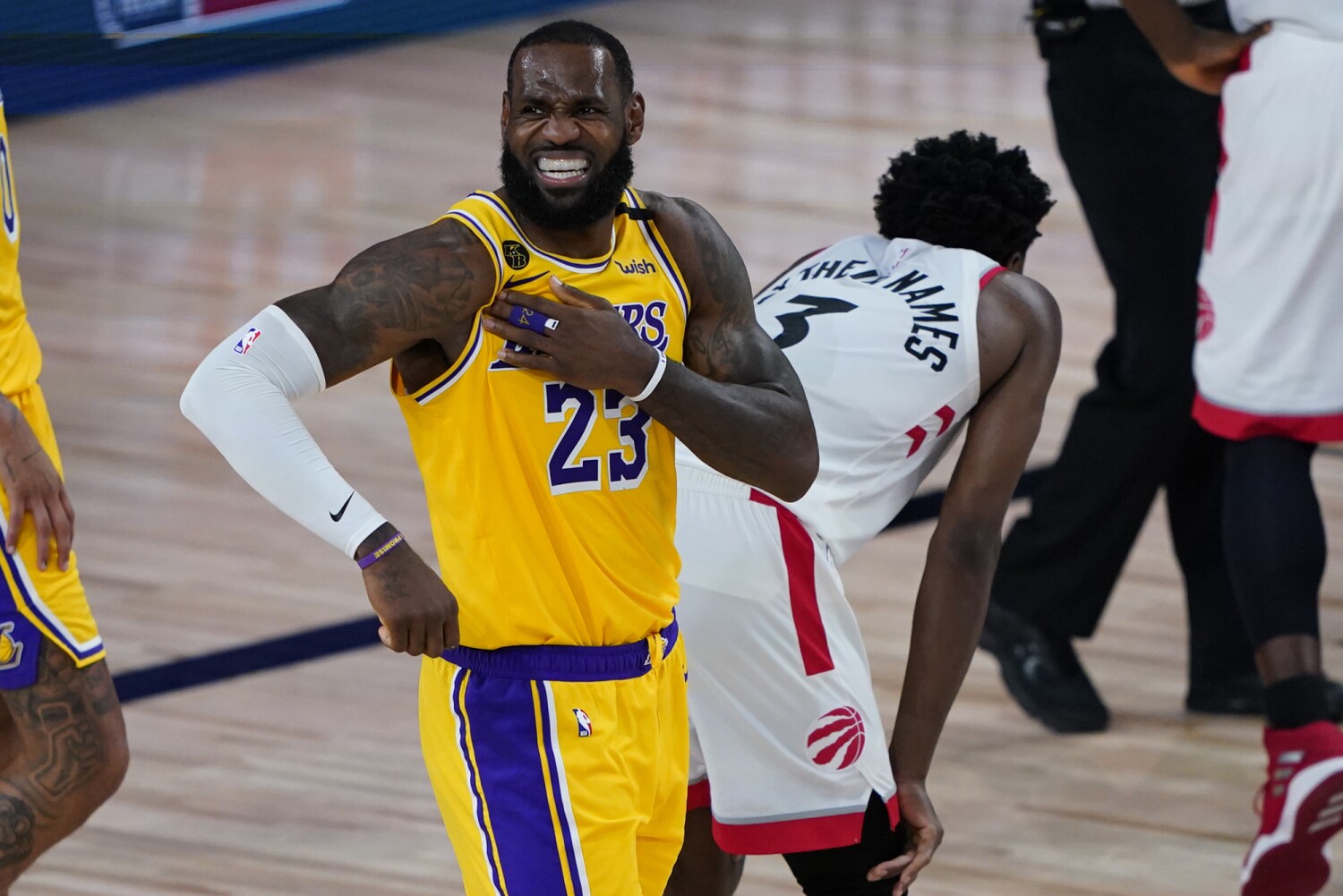 Some games in the NBA’s bubble have led to conjecture about whether these gyms are easier for shooters or something about this setting aids offenses more than defenses. High-scoring games have been the norm in the restart’s first weekend.

That was not the case Saturday evening when the Lakers played Toronto. The Raptors stifled the Lakers’ starters for most of the game, and while the Lakers’ fourth-quarter effort attempted to turn the game around, Toronto would not loosen its grip.

The Lakers lost 107-92, letting a chance to clinch the top seed in the Western Conference slip from them. Saturday’s loss was their first in Orlando and 15th of the season. The Raptors have won 11 consecutive games against the Lakers, whose last win against Toronto came in 2014.

LeBron James finished with 20 points and Anthony Davis scored 14. Kyle Kuzma scored 16 off the bench. The Raptors were led by point guard Kyle Lowry, who scored 33 points. OG Anunoby scored 23 and made eight of nine shots.

Toronto set a tone early that it enforced throughout the game. The Raptors scored the first 13 points and caused the Lakers to miss eight of their first nine shots.

Davis scored only one point in the first half, constantly facing double-teams. The Raptors attempted to neutralize his size with their own big men, Marc Gasol and Serge Ibaka. James scored just seven points in the half.

That left a void that the Lakers’ bench filled, outscoring the Raptors’ bench 31-6. Kuzma led the group with nine first-half points. It’s what gave the Lakers a 44-41 halftime lead.

Davis scored immediately when the second half opened with a floater in the paint. But that didn’t lead to a shift for the Lakers’ starters.

After back-to-back threes by James gave the Lakers a precarious four-point lead early in the fourth quarter, James glared out toward where a crowd normally would be. It was a mostly empty section, with Lakers general manager and vice president of basketball operations Rob Pelinka one of the few occupants.

Ultimately, these seeding games won’t mean much for the Lakers. They need only one more win to secure first place in the conference, and their biggest question centers on who their first-round opponent will be.

“We’ve got eight games to make sure that our guys are back used to playing big minutes in regular games and the next guys are integrated at the right pace,” Vogel said before the game. “We get to get enough time to look at combinations and certain lineups. That’s really the only goal of these games is to play around with those things and be as sharp as possible going into the playoffs.”

1. The Raptors are tenacious rebounders. Their anticipation and effort on the glass were apparent during an opening run and continued to be throughout the game. It provided an early edge that the Lakers never matched in losing the rebound battle 51-40.

2. Lakers coach Frank Vogel had hoped to find more playing time for Dion Waiters and JR Smith to help integrate them into the offense. The game didn’t really allow for that. Waiters played 22 minutes, scoring 12 points, and Smith played only eight minutes.