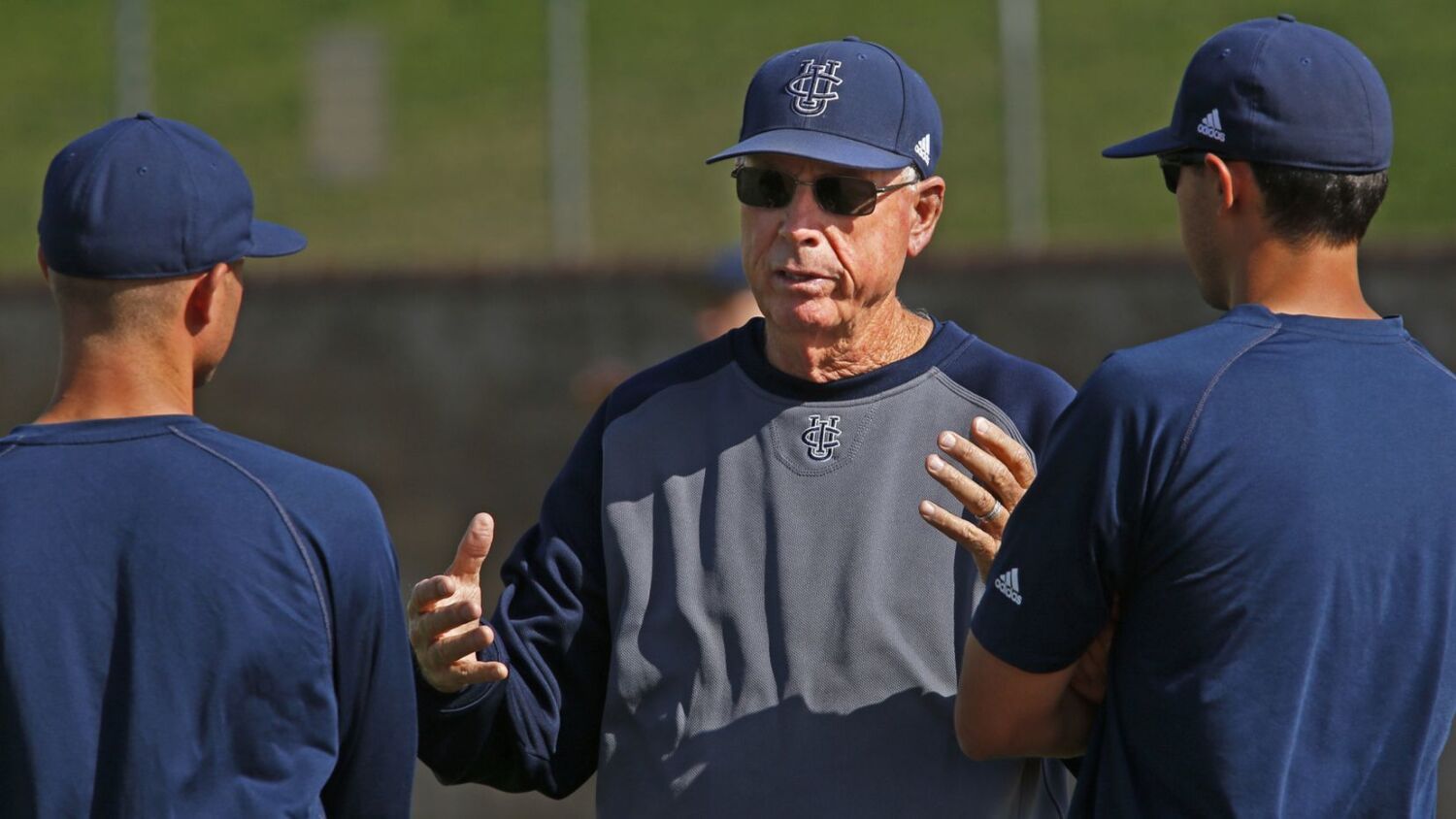 Mike Gillespie, whose teams won more than 1,500 games over a 47-year career coaching college baseball, died Wednesday at his home in Irvine. He was 80. The cause of death was not announced, but he had been in hospice care.

Gillespie, who guided teams at College of the Canyons, USC and UC Irvine, is one of two people who won College World Series championships as both a player and coach. The late Jerry Kindall, who won as a player with Minnesota in 1956 and as a coach with Arizona in 1976, ’80 and ’86, is the other. Gillespie was the left fielder on USC’s title-winning team in 1961, and he coached the Trojans to a championship in 1998, outlasting Arizona State in a 21-14 slugfest in the decisive game.

At Canyons, Gillespie had a record of 420-167 in 16 seasons. His teams appeared in five state championship games, winning three, before he made the rare jump from the junior college ranks to big-time college baseball.

At USC, he coached for 20 seasons, appearing in 15 NCAA regionals and four College World Series.

After parting ways with his alma mater, he spent one season in minor league baseball, guiding the Staten Island Yankees to 47 wins in 75 games.

Gillespie then took over at Irvine, winning 393 games in 11 seasons, making six NCAA regional appearances and taking the Anteaters to the 2014 College World Series.

As a college coach, Gillespie had a record of 1,576-887-2, and ended his career the way he started: using aggressive, unpredictable, even unusual tactics to keep opponents on their heels.

His call for a steal of home in USC’s 1998 win over Arizona State helped the Trojans finally pull away in the title game. Given runners at second and third, he was also known for taking the “suicide squeeze” play to a new level, sending both toward the plate on the same bunt.

Of the 50 or so times Gillespie estimated his teams attempted to steal home, he recalled being caught only twice.

“If it works, it’s fun,” Gillespie told Times reporter Mike DiGiovanna a few days before he retired in 2018. “If it doesn’t, you have to wear it, and you’re a moron.”

Asked what he would miss most about coaching, Gillespie said, “The competition, for sure.”

And the least? Technology. “I can email and text, but copy and paste? That’s next-level stuff,” he said. “And now, with all the new analytics — spin rates, launch angles, all these things that can be tracked and utilized — I’ll have to leave all that stuff to these guys.”

Services for Gillespie were not announced.