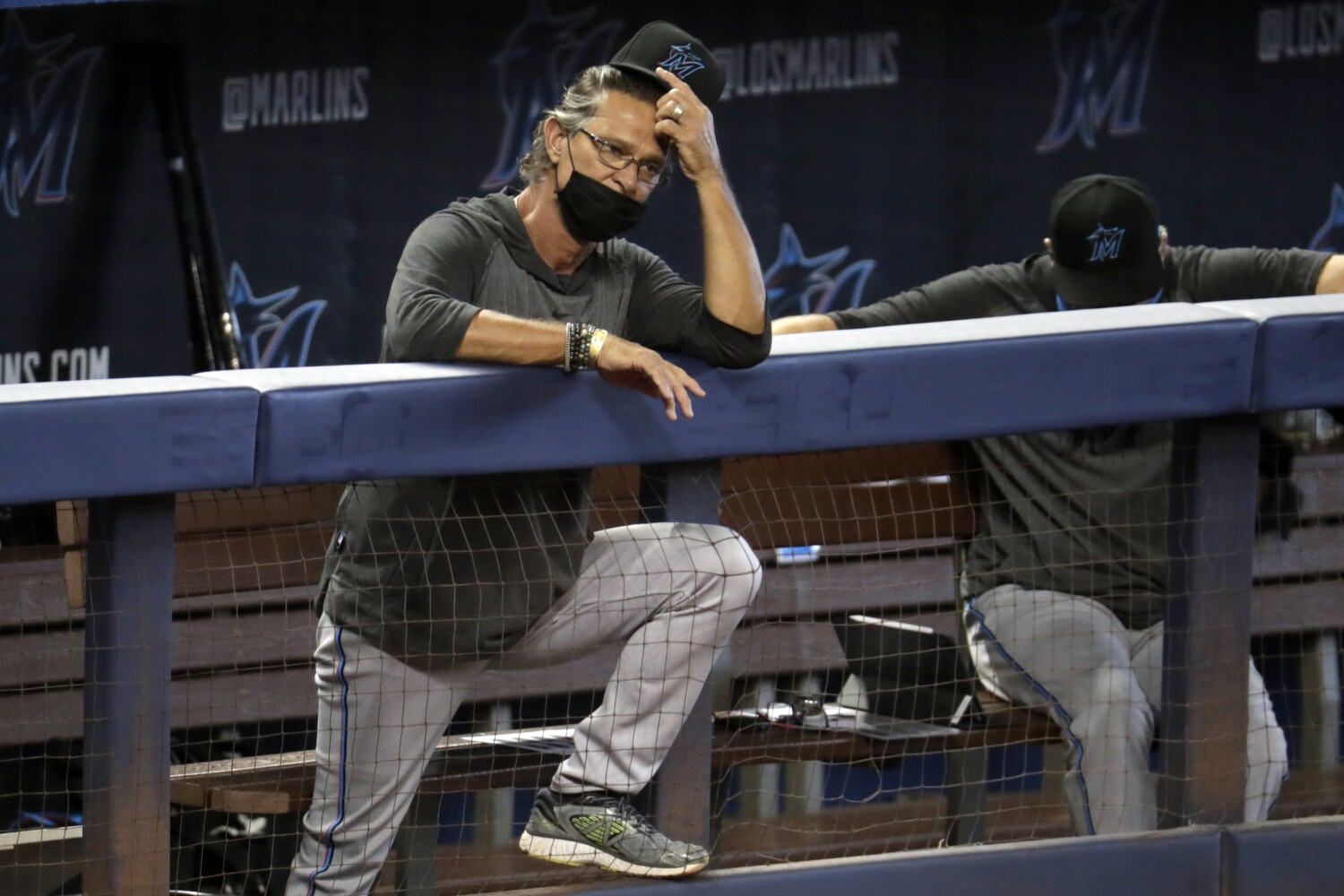 The Miami Marlins will not resume play until at least Monday, shut down for a week in the wake of a coronavirus outbreak that has resulted in half their players testing positive.

The Philadelphia Phillies, who took the field against the Marlins on Sunday, will not play until at least Friday.

The decisions came on Tuesday afternoon, after Major League Baseball learned another four Marlins players had tested positive. So far, 15 players and two coaches have been infected during the outbreak.

“Given the current circumstances, MLB believes that it is most prudent to allow the Marlins time to focus on providing care for their players and planning their Baseball Operations for a resumption early next week,” MLB said in a statement.

No Phillies player tested positive during an expedited round of tests administered Monday. The Phillies underwent another round of tests on Tuesday; the incubation period for the virus is from three to 14 days.

The New York Yankees, whose games against the Phillies this week were postponed, bused from Philadelphia to Baltimore. The Orioles, who were scheduled to play the Marlins this week, instead will play the Yankees on Wednesday and Thursday.

The Washington Nationals will take the weekend off. The Nationals were scheduled to play in Miami. The Athletic reported Tuesday that a majority of Nationals players had voted not to play those games; the league already had started to consider alternatives by then.

The Marlins were supposed to return to Miami on Sunday night, but they remain isolated in their Philadelphia hotel. According to the league’s health and safety protocol, players testing positive cannot travel — let alone play — until they subsequently test negative twice in tests administered at least 24 hours apart.

MLB is considering the Marlins’ situation as a one-team outbreak, not as a situation that puts the virus-shortened season in jeopardy.

In its statement, MLB defended its health and safety protocol, saying there have been “no new positives from on-field personnel” from the other 29 teams in more than 6,400 tests administered over the last five days.

“The difficult circumstances of one Club reinforce the vital need to be diligent with the protocols in all ways, both on and off the field,” the MLB statement said. “We will continue to bolster our protocols and make any necessary adjustments. The realities of the virus still loom large, and we must operate with that in mind every day. We are confident that Clubs and players will act appropriately, for themselves and for others, and the data provides reason to believe that the protocols can work effectively.”

On Monday, after 11 Marlins players had tested positive for the virus over two days, MLB Commissioner Rob Manfred said the league had called off the Marlins’ games Monday and Tuesday but had no immediate plans to cancel additional games beyond then.

“A team losing a number of players that rendered it completely non-competitive would be an issue that we would have to address,” he said.

The Marlins lost 105 games last season, most in the National League. They claimed two pitchers on waivers Monday and another on Tuesday, and as every team does, they have access to a pool of 30 additional players from their organization who have been working out at an alternate training site.

Infectious disease experts said the Marlins should have been shut down for two weeks, not two days.

“You need to let the virus clear itself out of the clubhouse, because it can sometimes take a long time for the virus to show itself, on a positive test or through symptoms,” Emory University epidemologist Dr. Zachary Binney said.

“You have to wait it out. You have to assume everybody on the Marlins right now is potentially infected. The only way to get past that is time.”

With regard to the Phillies, MLB appears to have decided Tuesday to do what Binney suggested on Monday.

“I think the Phillies should be put on ice for at least five days and tested daily, and they can wait to see if any cases appear with them, because they were on the field with a team with a rampant outbreak,” he said.

Tiger Woods-backed athletic center to get $50M in funds