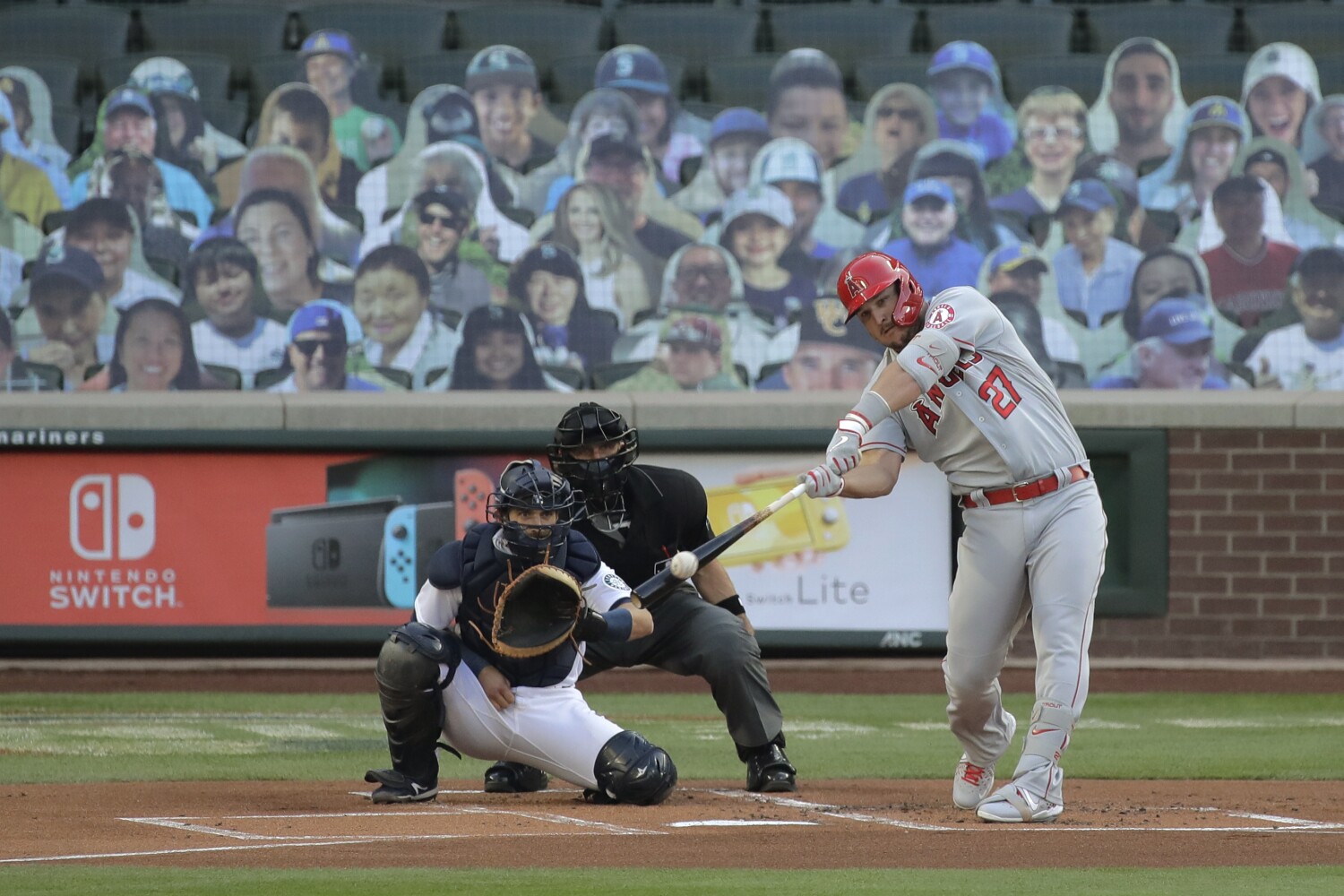 The Angels star on Tuesday night launched a home run in his first at-bat after returning from paternity leave — and the swing looked effortless despite the exhaustion he carried into the Angels’ 5-3 win over the Seattle Mariners.

A few hours before coming to the plate, Trout described to a virtual crowd of nearly 50 people his experience witnessing the birth last Thursday of his first child, Beckham Aaron. He praised the strength of his wife, Jessica, and shared a tender realization: It didn’t bother him when Beckham’s cries woke him after only a few hours of sleep.

“I definitely feel different,” said Trout, who turns 29 on Friday. “When we went to the hospital, we had just two of us. And after we had Beckham, we look in the back seat and there are three of us. It’s pretty amazing. We’re pretty excited.”

Our greatest gift from above • we are so in love! 🤍

Trout left the Angels to be at the hospital with Jessica on July 30 and took two extra days — MLB only allows players to miss three games on paternity leave — to stand by his growing family.

It was hardly enough time. Trout lamented having to leave Beckham and Jessica behind in their Orange County home “because what she’s gonna be going through these next couple of months is tough. Two people are better than one.”

Trout had already launched “about 30” video calls with Jessica by the time he had settled in for his first news conference as a new dad.

Trout’s parents and in-laws flew in from New Jersey to help. His father, Jeff, offered him simple advice.

“Just enjoy it,” Trout said. “It means a lot, bringing a boy into the family and keeping the Trout name going. It’s pretty amazing. Obviously he’s very proud of me. It was special seeing his face and seeing my family’s face and her family’s face when we brought him in. Just do whatever I can to protect him and raise him the right way.”

As for the rumors that the Trouts purposefully gave their child the initials “BAT” so he could carry on his father’s baseball legacy? Purely coincidence. The couple knew long ago Aaron would be the child’s middle name, in honor of Jessica’s younger brother, who died by suicide nearly two years ago.

“We kind of just knew Beckham was a thing and then, once we went with it, we got all these things going and we kind of looked at each other like, ‘Hey, the initials are BAT,’” Trout said, with a laugh. “Knowing that Aaron was his middle name, so it’s going to [end in] AT anyway. So I think if you just put anything, it’d be like MAT or BAT or CAT. It just happened to work out that way. Pretty cool.”

Damian Lillard is on the cover of ‘NBA2K21’