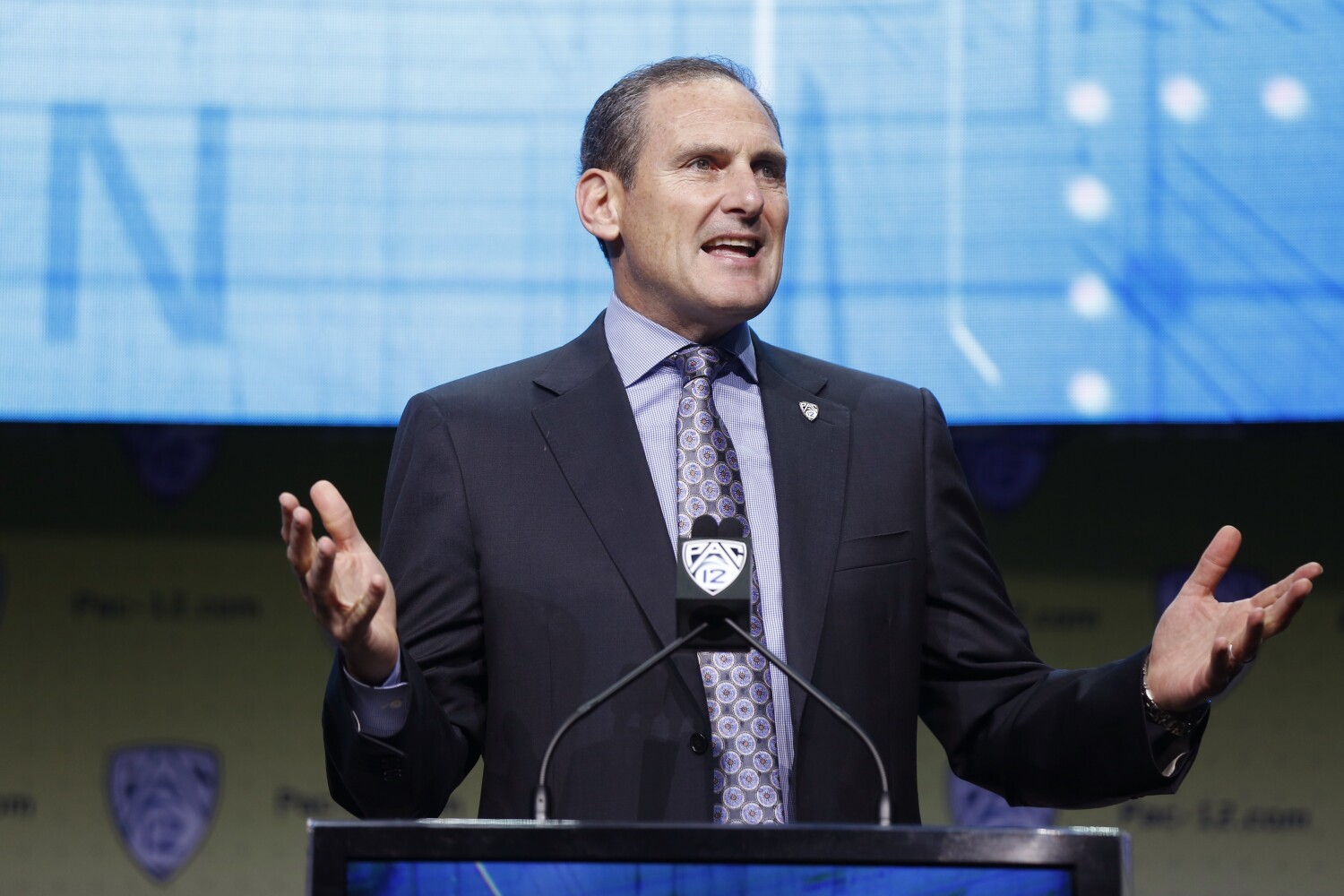 The day after virtually meeting with Pac-12 Conference Commissioner Larry Scott to discuss their demands related to the teetering football season, a group of players sent Scott a letter detailing their impressions of the two-hour session.

The gist of it: They weren’t happy. At all.

“We were all left disappointed and deeply concerned that you are not taking this matter seriously,” said a letter delivered to Scott late Friday that was signed by 18 players who purport to represent a wide swath of their conference peers. “ … Without a discernible plan and mandates to ensure the health and safety of student-athletes, it is absurd, offensive and deadly to expect a season to proceed.”

Among the concerns detailed in the three-page letter were a lack of urgency, a refusal to adopt daily or regular testing, the rejection of a request to have legal representation attend meetings, an inconsistent policy on COVID-19 liability waivers and the alleged dismissal of two Washington State players over their participation in the #WeAreUnited movement.

“The Pac-12 has a proud history, but this is not a proud moment,” the letter states. “You are asking student-athletes who are unpaid but deeply committed to their respective sport and institutions to risk their lives without a plan.”

The players wrote they were disappointed that it took four days for Scott to meet with them after they had released a statement last weekend laying out their demands over safety protections and other issues while threatening to boycott practices and games if the conference did not comply.

According to the letter, Scott informed the players there could not be daily or regular testing for the coronavirus because the necessary tests were “unavailable” and that it would be “impossible” to mandate testing and best practice COVID-19 precautions conference-wide.

That has left some players worried about their safety. Oregon safety Jevon Holland said during the Thursday meeting with Scott that players’ “deepest fear is the Pac-12’s negligent return to play may result in a member of our Pac-12 family dying due to COVID-19” as teams prepare to start practices as soon as Aug. 17.

Scott’s assertion that it was impossible to implement mandatory, uniform COVID-19 health and safety standards to protect players was nonsensical, the letter stated, because it was in direct conflict with NCAA President Mark Emmert’s previous statement that all member schools would be held to uniform guidelines related to virus protections.

“Your response to our concerns, ‘If you feel unsafe, just opt out and go home,’ is not an acceptable answer and proves there are severe inconsistencies in the Pac-12’s standards and its commitment to protecting college athletes under its watch,” the players wrote.

The letter described one contentious exchange during the meeting involving Utah offensive lineman Nick Ford, who noted that college athletes were guaranteed access to nutrition, facilities and medical treatment per the terms of their scholarship and shouldn’t be denied treatment because they choose to opt out of the season because of the Pac-12’s inability to protect them.

“You proceeded to stand in opposition,” the players wrote to Scott, “saying, ‘You’re talking out both sides of your mouth.’ This is a genuine concern that was unnecessarily met with your hostility and finger-pointing when we all want answers.”

The players also decried what they called “unlawful retaliation” against Washington State players Dallas Hobbs and Kassidy Woods, who they said were dismissed from their team and had their scholarships put in jeopardy for speaking out in support of the #WeAreUnited movement. A Washington State sports information staff member called the players’ dismissal “unequivocally false” in an email to The Times.

Scott had sent a separate letter to the Pac-12 players earlier Friday before receiving their correspondence, expressing his commitment to addressing some of their concerns involving health and safety, eligibility, liability waivers and opting out of the season. The commissioner said he wanted to put the players directly in touch with the Pac-12’s medical advisory committee because “it is more appropriate for the medical experts to answer questions of health and safety pertaining to COVID-19.”

Scott’s message failed to allay the concerns of players who responded within hours, renewing their calls for uniform, mandatory health and safety protocols, eligibility guarantees, written confirmation that COVID-19 liability waivers would be banned, and the scheduling of daily meetings, among other requests.

“While we are discouraged by the tone, tenor, and general unpreparedness of Pac-12 leadership during our meeting,” the players wrote, “there is still an opportunity for the Pac-12 to change course before leading the conference into disaster.”

LAFC rallies to tie Houston Dynamo in MLS Is Back tournament