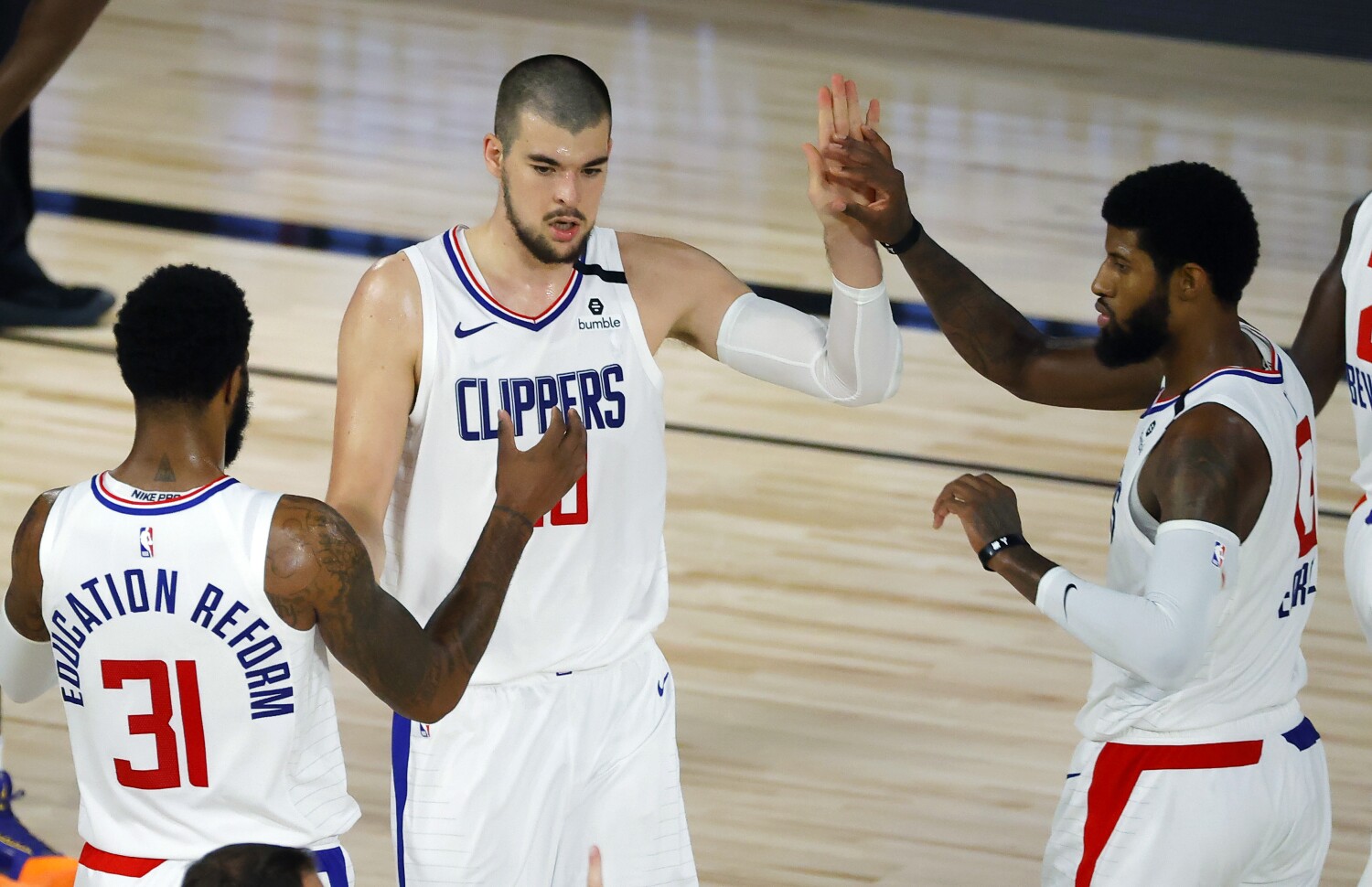 The NBA has gone to great lengths during the restart of its season to make players forget — if even for a moment — that they are playing inside empty gymnasiums. Music thumps during most possessions. Fans watching from home are digitally stitched onto videoboards ringing the court.

But every so often, during breaks in play, the gyms turn stone silent. That was the case Saturday afternoon, with 4:04 remaining in the third quarter inside HP Field House on the Disney World property. The Clippers led New Orleans by 36 points and Paul George, whose eight three-pointers were responsible for much of the dominance, was heading to the bench.

As he approached, his teammates rose from their assigned seats for a standing ovation. And because of the quiet around them, their claps rang throughout the building.

George’s 28 points led the Clippers’ 126-103 rout of the Pelicans and helped his team rebound from Thursday’s narrow loss to the Lakers in their opener of the NBA restart.

Here are three observations from the victory by the Clippers (45-21) at HP Field House:

1. The Clippers continue to attempt far more three-pointers during the restart than they did during the pre-hiatus portion of the season. They hoisted 47 Saturday and made 25 — a franchise record. George made eight of the 11 he attempted. Ten Clippers sank at least one three-pointer.

2. Outside of George and Kawhi Leonard, who combined for 58 points against the Lakers, the Clippers’ supporting cast struggled to contribute offensively in Thursday’s restart opener. Against the Pelicans, however, players such as Marcus Morris and Landry Shamet, who combined to make one field goal Thursday, and Reggie Jackson, who had often forced plays, helped build the one-sided advantage. Morris finished with nine points, Shamet had nine and Jackson scored 15.

3. The Clippers accomplished what few have this season by making rookie sensation Zion Williamson, the 6-foot-6, 285-pound highlight machine, appear human. With New Orleans carefully monitoring his conditioning, Williamson played his 14 minutes in what Pelicans coach Alvin Gentry called “short bursts.” Before tipoff, Clippers coach Doc Rivers cautioned that Williamson’s “minutes are impactful,” no matter how many he would play. Usually that is true. But facing Williamson for the first time this season, the Clippers held last year’s top draft pick to seven points.