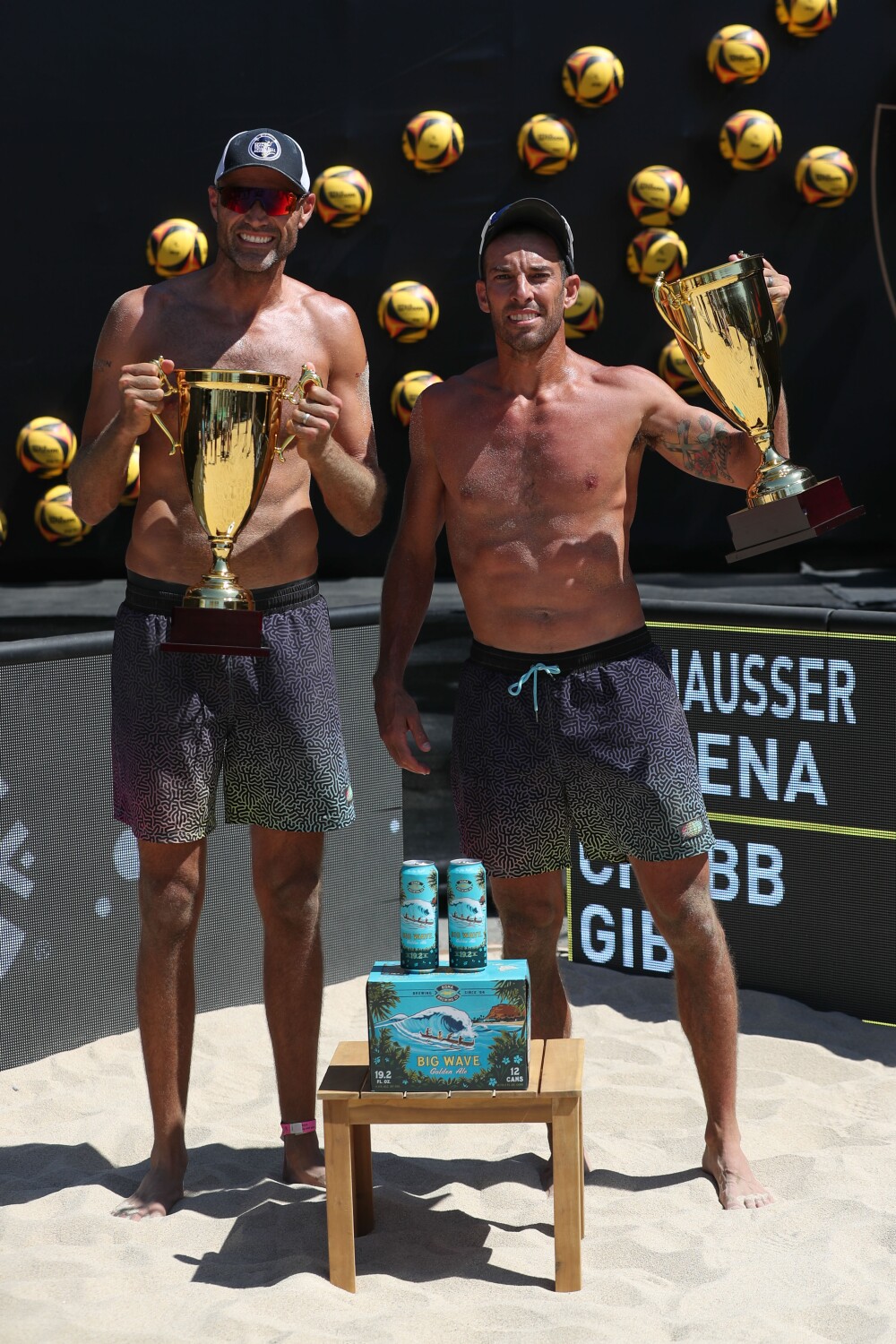 For all the changes surrounding the AVP’s three-week Champions Cup Series — the absence of fans, the man-made courts in a Long Beach parking lot, the strict social distancing measures for the athletes — the dominance of Phil Dalhausser has been a familiar constant.

“Before the [final] match, someone came up to me and said, ‘Go get that 100th win,’ and I was like, ‘Oh, that’s right, we’re playing for 100 here,’ ” said Dalhausser, who has the fifth-most titles among men in the history of beach volleyball.

“Never would I have expected to win 100 tournaments. I’m just grateful really to play a sport for a living. On top of that, winning 100 tournaments is pretty darn cool.”

Behind dominant serving, Dalhausser and fellow 40-year-old Lucena knocked off Taylor Crabb and Jake Gibb in the men’s final in straight sets, 21-9, 21-15.

“Every defender wants to play with Phil,” said Lucena, who originally was Dalhausser’s teammate in 2005 before joining with him again in 2015. “I saw him when he was 19 with a full head of hair just bouncing balls. I was like, ‘I got to play with that guy.’ ”

Alix Klineman and April Ross won for the second consecutive week in the women’s division, defeating Canadians Sarah Pavan and Melissa Humana-Paredes 21-15, 21-19. That means the defending champions on the men’s and women’s sides will be going for a sweep of the three-tournament Champions Cup series — which is replacing AVP’s 2020 schedule because of the COVID-19 pandemic — in next weekend’s Porsche Cup finale.

For Julio Urías, this could be the start of something big