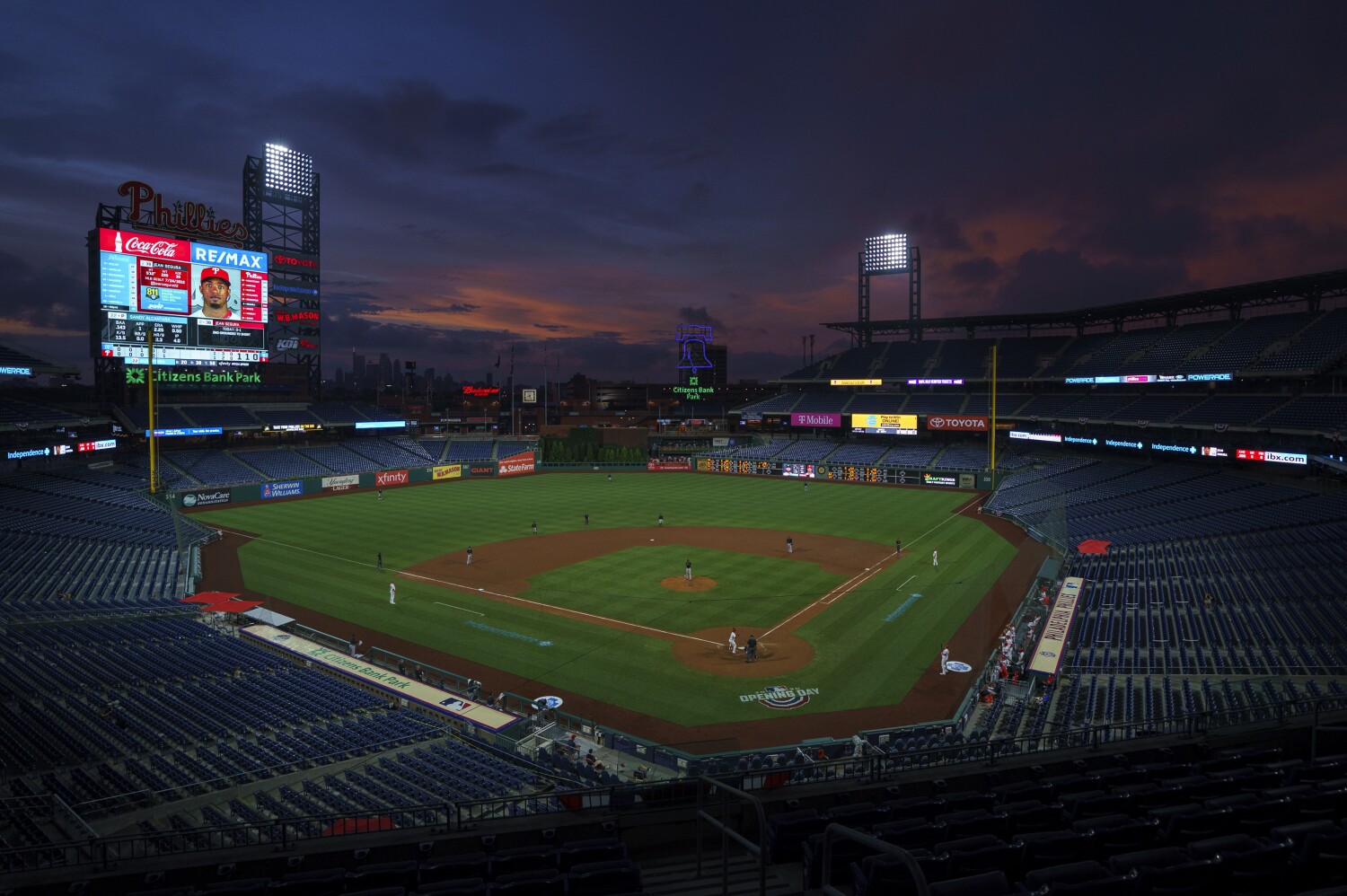 Major League Baseball called off a weekend series after two staffers on the Philadelphia Phillies tested positive on Thursday, the latest reminder of the tenuous viability of this virus-shortened season.

For the first part of this week, MLB officials talked about a one-team coronavirus outbreak. Half of the Miami Marlins’ roster is infected, but the league said Tuesday that there had been “no new positives of on-field personnel from any of the other 29 clubs” over the previous five days.

That changed Thursday, when the Phillies reported that a coach and a clubhouse attendant had tested positive in tests taken Wednesday. The Marlins and Phillies have been shut down since the teams played each other last Sunday — at the time, the Marlins had four known positive tests — and there is no immediate information about when either team might play again.

In a statement, the Phillies said that team activity has been canceled “until further notice.” The Phillies’ series against the Toronto Blue Jays, scheduled this weekend in Philadelphia, has been postponed, Toronto manager Charlie Montoyo told reporters.

The infected Marlins are under quarantine in a Philadelphia hotel, and MLB already had put their season on hold through at least Monday. That means the Marlins, Phillies, Blue Jays and Washington Nationals — the team that had been slated to play the Marlins — all could be idle this weekend. The Jays and Nationals could play each other, but they are scheduled to complete their season series on Thursday.

The Phillies were on hold until at least Saturday, as they underwent daily testing out of concern that sharing the field and the stadium with the Marlins might have spread the virus from one team to the other. The incubation period for the virus is three to 14 days. With five days off and daily rounds of tests, infectious disease experts said, MLB should have a fair idea of whether the outbreak had spread from the Marlins to the Phillies.

Lakers’ Jared Dudley on how the NBA plans to resume play