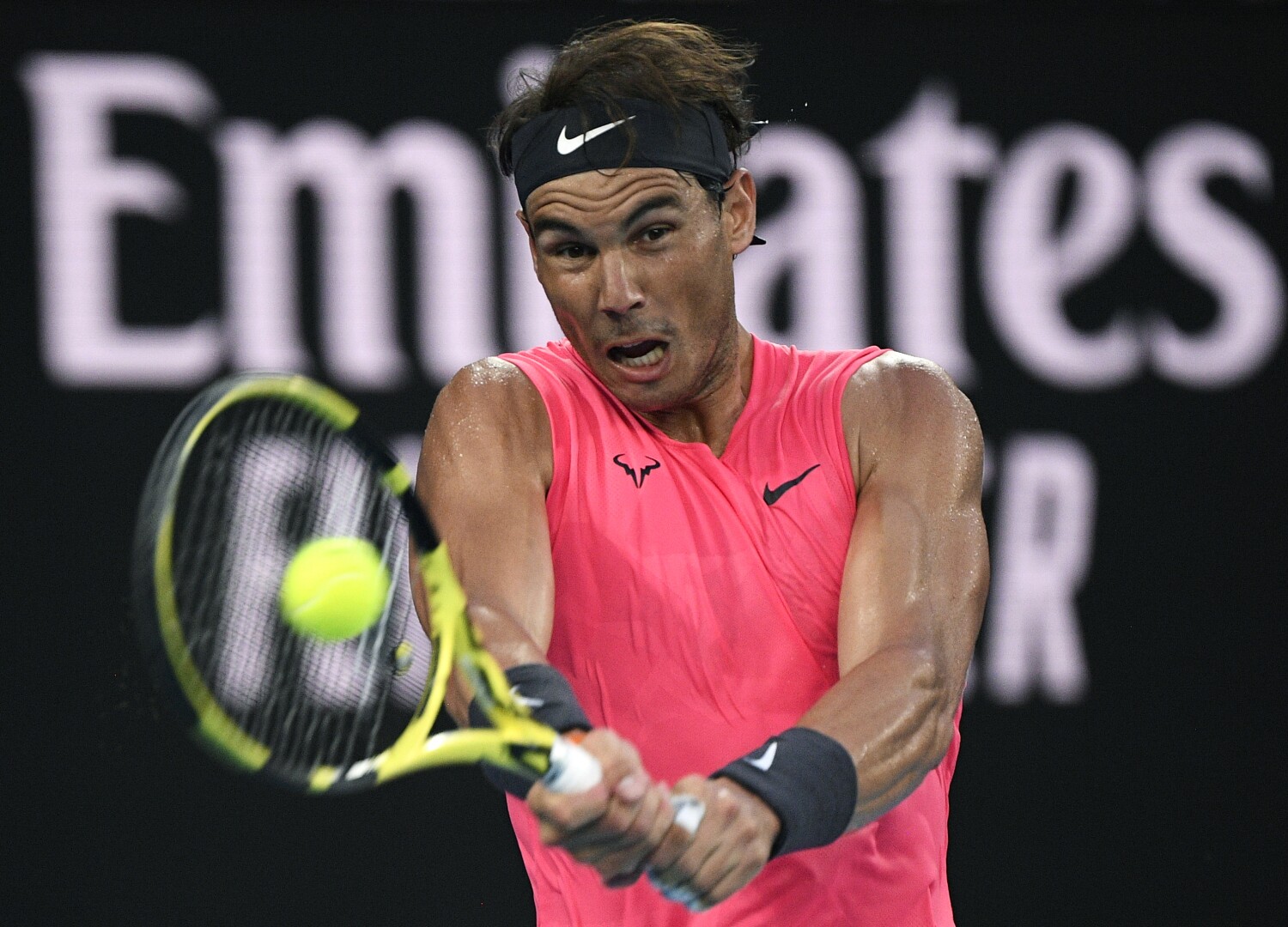 World No. 1 Novak Djokovic is among the top 10 players on the initial entry list for the men’s singles field at the U.S. Open, but defending champion and No. 2 Rafael Nadal said Tuesday he won’t compete in New York this year because he’s concerned about the risks of international travel during the COVID-19 pandemic.

Nadal is a four-time champion at the U.S. Open, which is scheduled to be played Aug. 31-Sept. 13 without fans in the stands and with other safety-related modifications in effect. Roger Federer, ranked No. 4 in the world, is recovering from knee surgery and had not planned to play.

Women’s world No. 1 Ash Barty previously said she won’t play in New York because of similar concerns. She was the only woman in the top 10 who was not on the initial entry list. Bianca Andreescu of Canada, who has battled injuries since she won the women’s singles title last year at Flushing Meadows, is on the entry list.

Nadal, 34, issued statements on his Twitter feed in his native Spanish and in English to explain his decision. “After many thoughts I have decided not to play this year’s US Open. The situation is very complicated worldwide, the COVID-19 cases are increasing, it looks like we still don’t have control of it,” said Nadal, a 19-time Grand Slam singles champion. “This is a decision I never wanted to take but I have decided to follow my heart this time and for the time being I rather not travel.”

It’s likely he took into account that the French Open — an event he has won a record 12 times — was rescheduled to take place from Sept. 27-Oct. 11, which would have required him to make a quick turnaround if he had decided to play in the U.S. Open.

Sofia Kenin, ranked No. 4 in the world, is the highest-ranked American in the women’s field. Serena Williams, ranked No. 9, will continue her pursuit of a record-tying 24th Grand Slam singles title. According to the U.S. Tennis Assn., 13 Grand Slam singles champions were on the entry list, including 2018 U.S. Open champion Naomi Osaka and 40-year-old Venus Williams, a two-time U.S. Open winner.

Tony Gonsolin has quality outing, but Dodgers fall to Rockies