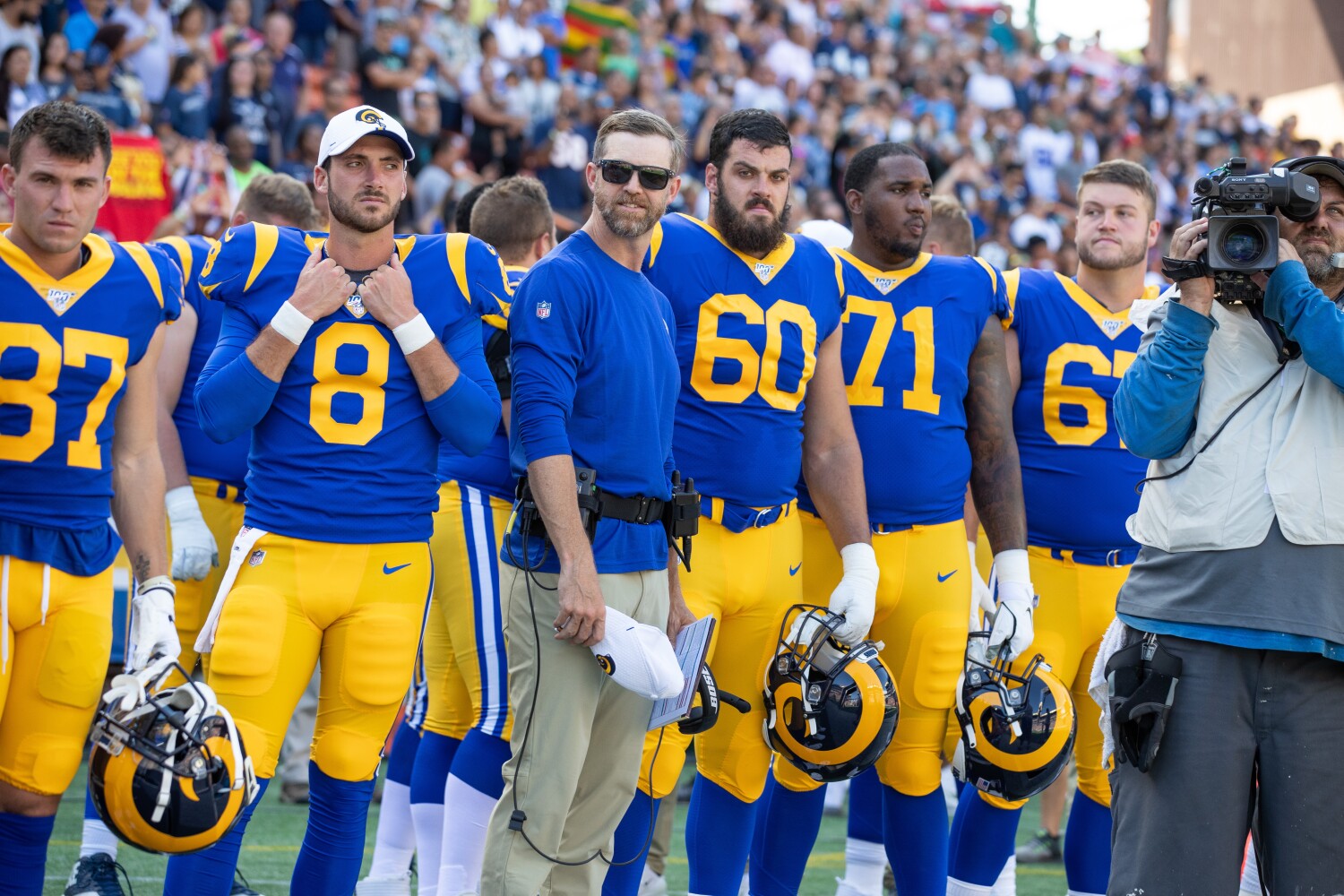 Rams offensive lineman Chandler Brewer, who has a history of non-Hodgkin’s lymphoma, has opted out of the 2020 NFL season, and rookie linebacker Terrell Lewis and defensive lineman Michael Hoecht were placed on the COVID/IR list, the team announced Friday.

Brewer, 23, signed with the Rams as an undrafted free agent in 2019. He played in seven games last season.

“I would like to thank the Rams for their support and I look forward to getting back on the field in 2021 and beyond,” Brewer said in a statement released by the Rams.

“He has fought through adversity before and we look forward to him being back on the field with us next year,” Snead said.

Rams players reported for testing this week and will have to pass three tests before they are allowed to participate in group activities at the team facility, which could begin Sunday.

The COVID/IR list is for players that have either tested positive or have been quarantined because they have been in close contact with an infected person.

Lewis, who played for Alabama, was selected in the third round of the draft and is expected to challenge for playing time as an edge rusher.

Hoecht signed with the Rams as an undrafted free agent after playing for Brown.