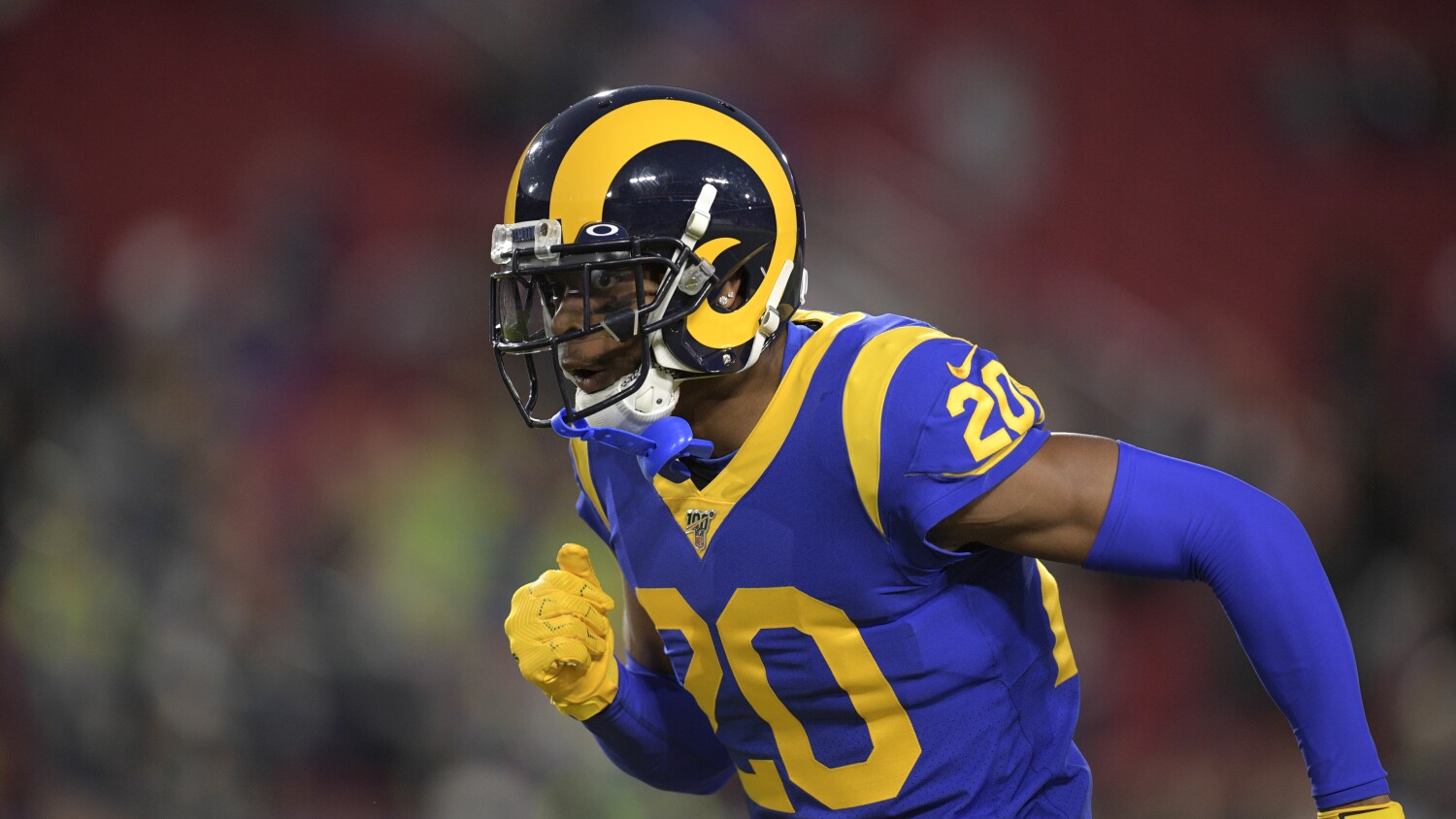 Since giving up two first-round draft picks in a midseason trade for cornerback Jalen Ramsey, the Rams expressed optimism that they would get a contract extension done for the three-time Pro Bowl player entering the final year of his rookie deal.

On Tuesday, when asked about negotiations with Ramsey, general manager Les Snead declined to provide specifics.

“Not going to get into the intimacy of the details,” Snead said during a videoconference with reporters.

The Rams began training camp team activities Monday with a roster that includes several key players in the final year of their contracts, including Ramsey, who will earn $13.7 million this season playing under a fifth-year option.

Receivers Cooper Kupp and Josh Reynolds, tight end Gerald Everett and safety John Johnson are other players in the final year of their rookie deals.

“It’s always really good to be in a position where you’re not concerned that you have players you want to pay,” Snead said. “That’s the good thing. But you definitely have to work through the scenarios.”

Since returning to Los Angeles in 2016, the Rams have typically announced extensions on the eve of season openers. That was the case for defensive lineman Aaron Donald, quarterback Jared Goff and tight end Tyler Higbee.

Former Rams running back Todd Gurley agreed to terms at the start of training camp in 2018.

Ramsey said in June that the absence of a new deal would not preclude him from reporting for training camp. He arrived as scheduled last week for COVID-19 testing.

Snead sounded optimistic that they would reach agreement with Ramsey, who is represented by agent David Mulugheta.

“We have that healthy relationship,” Snead said. “We’ve had dialogue with him, obviously, since the middle of the 2019 season when we made the trade.”

Dodgers to sell seats outfitted with cutouts of fans’ faces