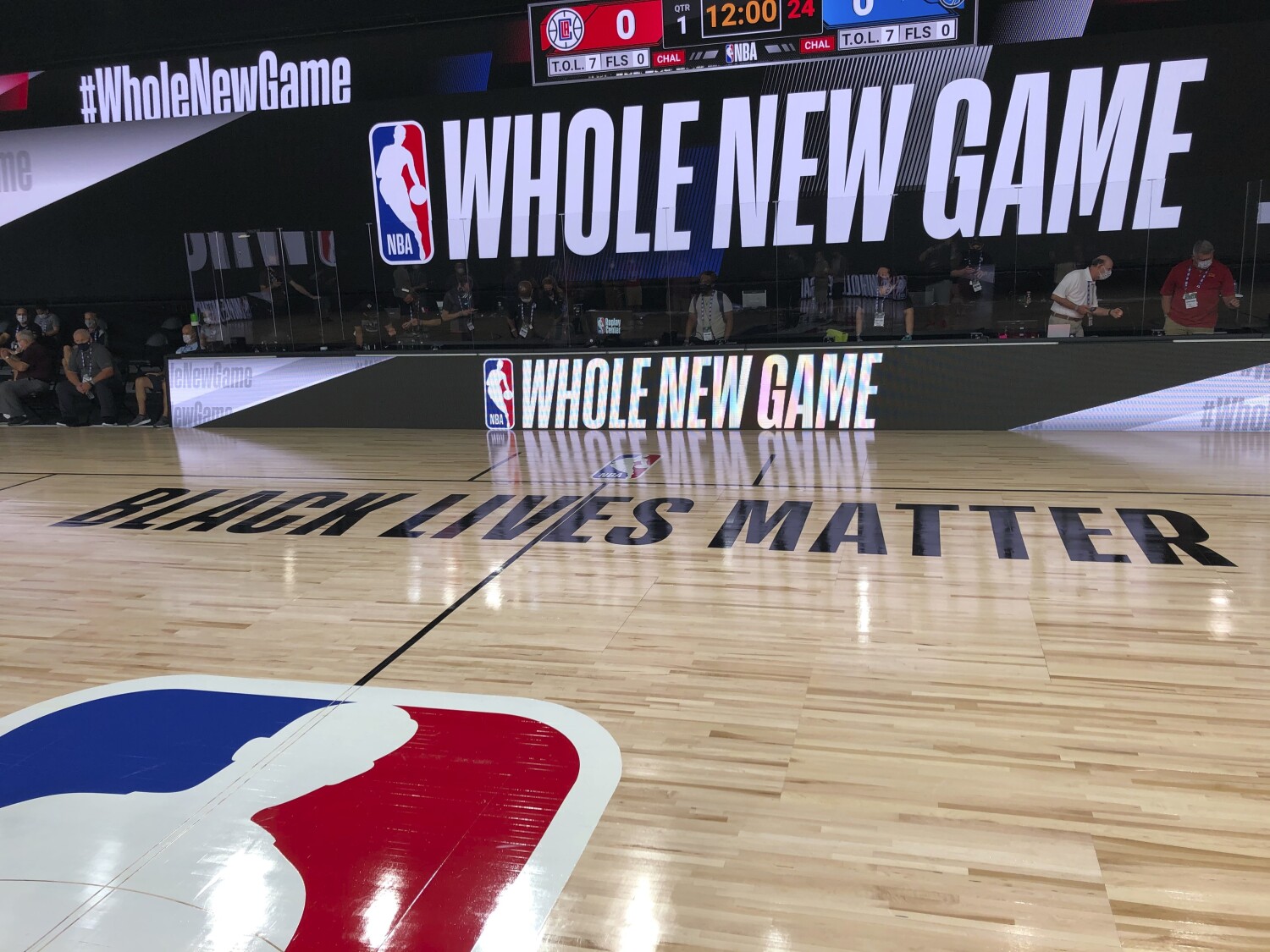 Wait a second. How much referee spit was flying around before?

In advance of the NBA’s return to play Thursday night — a return that begins with the New Orleans Pelicans vs. Utah Jazz at 3:30 p.m. PDT followed by the Lakers and Clippers game at 6 p.m. — the league released a set of new protocols. One of those protocols? Cloth covering the ends of referee whistles to keep the spittle from flying.

If this sounds extreme it’s because the NBA doesn’t want to see its bubble plan in Orlando, Fla., fall apart because the tiniest detail is left unattended.

In addition to the referee whistle coverings, fans will see Plexiglass covering the scorer’s table to protect players from public address announcers and scorekeepers, and vice versa. Players’ benches will be separated with assigned seats over three rows, and during timeouts, teams can huddle around a different set of chairs — they’ll be sanitized immediately after.

Some other changes are more about practicality. Coaches no longer will have to wear suits — polo shirts and khakis are just fine. The league has relocated its review center to the Orlando campus.

On the court, things should look about the same, with the Pelicans instantly playing a game that could impact their ability to make the postseason. Needing to finish in ninth and within four games of eighth to force a playoff, New Orleans can’t afford a slow start with Portland, Sacramento and San Antonio all lurking in the same position.

Rookie sensation Zion Williamson is a game-time decision after leaving campus to tend to a personal matter, but he has cleared quarantine and signs point to him being on the court for the opener.

Montrezl Harrell faces challenges in his return to Clippers