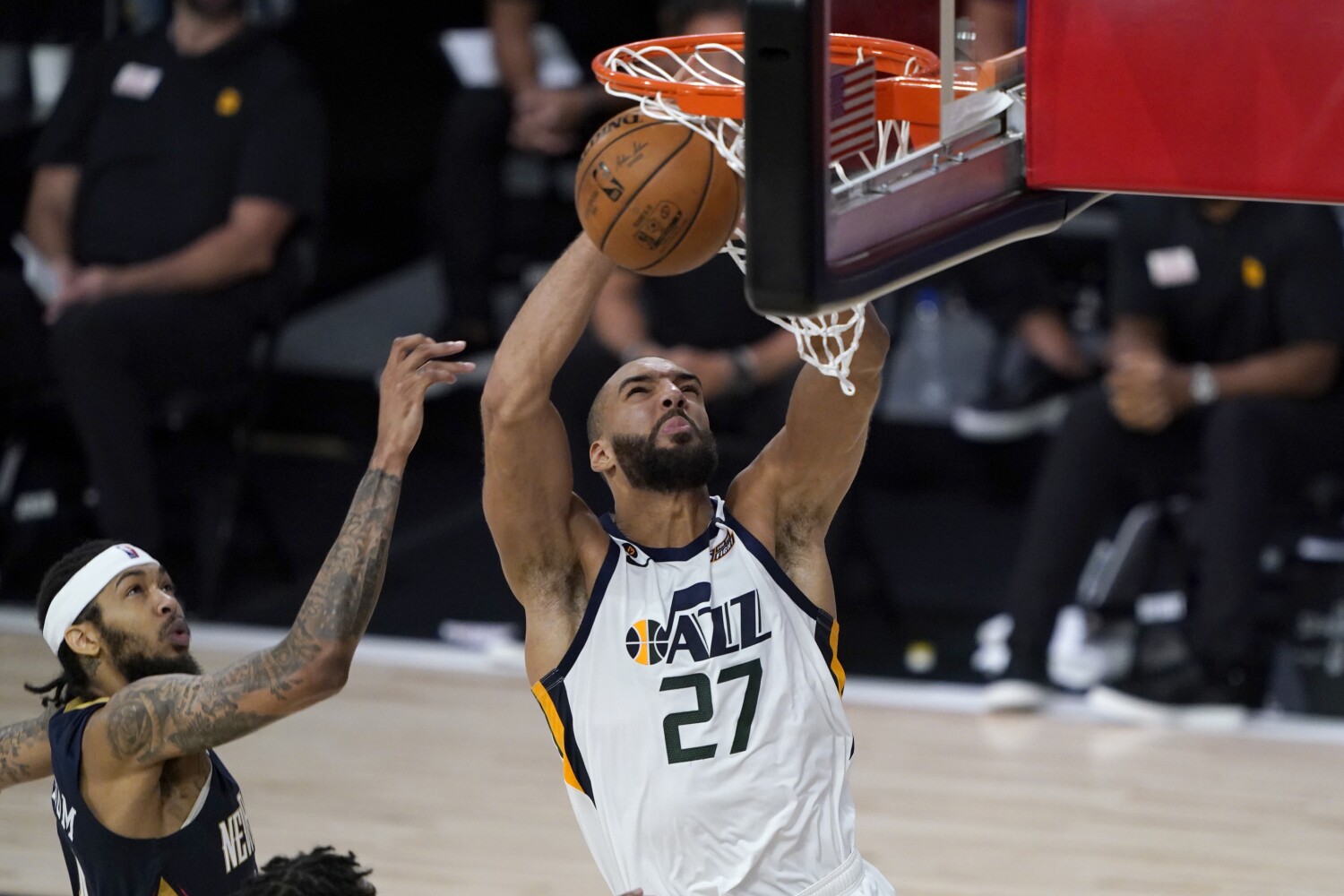 When the Utah Jazz walked off the court in Oklahoma City and into a most uncertain future more than four months ago, Rudy Gobert wasn’t with his teammates. Word had leaked that Gobert had tested positive, the season was soon suspended and the rest of his teammates and opponents were stuck in the locker rooms while medical officers in PPE (we didn’t know what that stood for yet) performed tests on players and staff.

Fittingly, the NBA season restarted Thursday night with Gobert moving across the lane to the left block, where the Jazz center caught a pass, moved to his left and scored the first official points of bubble ball. If the story of the NBA’s first game back needed something else, Gobert caught a perfect pass from Donovan Mitchell and drew a foul, making the eventual game-winning free throws in Utah’s 106-104 win.

“Life works in mysterious ways,” Gobert said during a postgame conference call with reporters. “I’m just happy, blessed to be able to get back on the court, do what I love to do, get back out there with my teammates and try to win a game.”

This, though, didn’t feel like anyone got “back” to anything.

The current version of the NBA — with the messages against racism and injustice, the plastic barriers at the scorer’s table, the face coverings, the socially distanced benches — oh, and the dystopic virtual fans — is demonstrably different than the version of the NBA that ceased to exist as soon as Gobert tested positive on March 11.

Since that day, we’ve also seen a public airing of Utah’s inner-personal drama. After Gobert mocked the severity of the coronavirus (fake coughing on the microphones and recorders of the Utah media) and soon tested positive, Mitchell too became infected with the virus.

The two didn’t communicate for some time, casting some doubt on their ability to co-exist beyond this season. Both have since addressed the issues, never pretending to be best friends but vowing that any differences wouldn’t keep them from doing their jobs on the court.

The pair was terrific Thursday, stealing the spotlight from rookie Zion Williamson and handing his Pelicans an important loss as New Orleans chases the ninth spot in the West and a shot at the play-in tournament.

“They certainly had some synergy on the court,” Jazz coach Quin Snyder said. “Just to see them connected like that was really good. We’ve moved on from all that stuff and we’ve been here practicing and working. We talked about using this entire experience to get better, and I think those two guys have done that too. Sometimes it’s just what you do on the court and getting more connected, even from an execution standpoint, and that’s one of the things that we are seeing.”

The Jazz’s functionality entered the night low on the storyline list. Williamson’s bubble debut — the only thing that slowed him was his minutes limit — didn’t disappoint. He scored 13 points in 15 minutes, and still seems like the next face of the NBA once the gray totally overtakes LeBron James’ beard. Williamson will play more and the Pelicans will look better when he does.

The next chapter of the Clippers-Lakers story, hopefully not the last, didn’t disappoint even if the game was being played 2,500 miles from the Staples Center hallways they share. While the two teams delivered a classic game, the absence of the Clippers’ Lou Williams and Montrezl Harrell plus the rust from the layoff kept it from being important source material for the future.

Of all the things that happened Thursday — save from the powerful messaging from players, coaches and officials that the events outside the Orlando bubble won’t be forgotten inside — seeing the Jazz play well, fighting back from a double-digit deficit and getting contributions from veteran point guard Mike Conley might be the most telling.

Thought to be sunk without sharp-shooting Bojan Bogdanovic — and to be fair, the Utah offense looked clunky at times without him — the Jazz looked like the kind of pain-in-a-butt team they had been. They’ve got frontline players in Conley, Mitchell and Gobert, toughness in Royce O’Neal and Joe Ingles, and a keep-shooting gunner in Jordan Clarkson. That’s a good enough recipe to survive at least one round in the postseason.

And who knows, in this restart maybe it’s worth more. A lot of teams and a lot of individuals have gone through tough challenges since the season shutdown. The Jazz aren’t excluded from that.

On Thursday, they showed they might be able to work through them.

“[It’s] just resiliency. I think the team, we’ve been through tough stretches throughout the year, this was just trying to find our groove,” Mitchell said. “… It’s not always going to go your way every night, but as long as you keep fighting and find a way to get back, you’ll be fine.”

With his daughter home, Dodgers’ AJ Pollock is celebrating