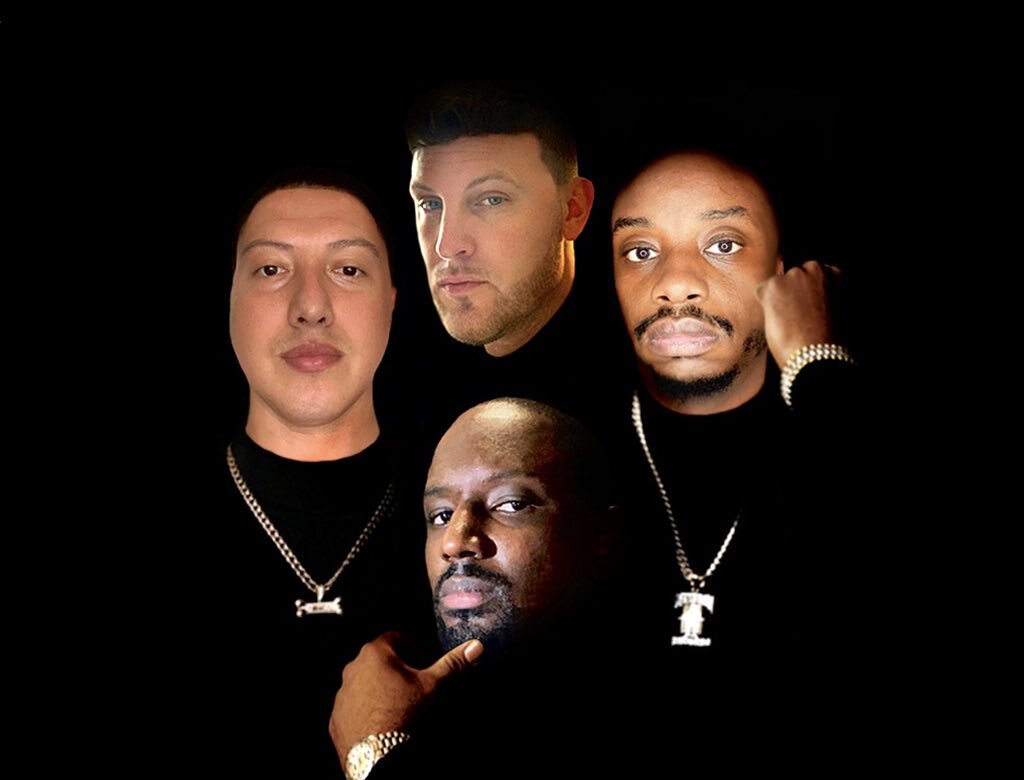 The basketball world was treated to a video of New Orleans Pelicans guard JJ Redick shotgunning a beer while inside the NBA bubble because of a dare on a tweet.

Drew Ruiz, 29, was the man behind the tweet on the account @NBABubbleLife. He is one-fourth of a “Wealth” group chat, the name serving as an inside joke between friends.

Ruiz, Travonne Edwards, 35, Nick DePaula, 35, and Wells Phillips, 38, came up with the idea for the @NBABubbleLife account on a late-night whim. They’re all based on the West Coast and have various jobs in media, marketing, education and, yes, basketball — Ruiz works for the Drew League.

They all connected over a love of hoops, so the idea for the group project was natural.

They take turns curating content from around the league to showcase the unique situation of the 2019-20 NBA season because of the novel coronavirus. The account has gained more than 100,000 followers in a little more than a week.

When it was Ruiz’s turn to post content on July 11, Reddick happened to share a picture of a closed water fountain, saying that he thankfully had an option B, a can of beer.

“For me, it was just capitalizing off moments,” Ruiz said during a Zoom interview. “So as soon as I saw that, I was like, hey, might as well. Let’s just see what he says.”

Reddick said he would agree to the request if it got 10,000 retweets by a certain time. That number was reached far ahead of the deadline and the video has been viewed nearly 2 million times on Reddick’s account.

“After that, we kinda knew,” Edwards said of their own account’s impending popularity.

Meyers Leonard, Jordan Clarkson and Royce O’Neale also took up the challenge, causing a need for @NBABubbleLife to create a leaderboard of beer chuggers. The following Monday was the account’s biggest day of growth, with 30,000 followers.

The numbers are exciting for the group, but just an added bonus of the work.

“Cool, we reached 100K, but that wasn’t an initial goal, it was just a passion project,” Edwards said. “I wouldn’t do it with no other group, having my boys being able to create something fun for the world.”

Twenty-two of the NBA’s 30 teams have convened at the ESPN Wide World of Sports Complex near Orlando, Fla., to resume the season. Players have been posting on their own social media with @NBABubbleLife acting as a one-stop shop.

What was meant to be something lighthearted turned into a 24/7 commitment between @NBABubbleLife and @WNBABubbleLife covering the WNBA “Wubble” at IMG Academy just a few hours north in Bradenton, Fla. That account has nearly 3,000 followers on Twitter. There’s also corresponding Instagram accounts for each.

“The thing about the WNBA, we’re all really big fans of the league, the players, the stands that they’re taking, so it was only right to highlight the WNBA as well,” Ruiz said. “… WNBA players, me, personally, they’re much more fun than NBA guys because they have a really great personality and they’re OK with showing their true self.”

The content is mostly lighthearted, but the push from players for social change has also been highlighted.

Philadelphia 76ers guard Tobias Harris used his media time Monday to call for the arrest of the police involved in the shooting of Breonna Taylor, a Black woman in Louisville who died from her injuries. One post showed San Antonio Spurs guard (and Compton native) DeMar DeRozan reading “The New Jim Crow.” The WNBA account highlights the names of various victims of police brutality that the players have chosen to include on their jerseys.

“The NBA guys are put in kind of a tug-of-war situation because obviously they love playing basketball and then most of the league is African-American,” Edwards said. “So sometimes I think highlighting that in the account is still important because although we were having fun with the Bubble Life stuff, we didn’t want to forget what’s really actually going on in the world.”

With hundreds of posts of content already, is there anything missing?

A tour of LeBron James’ room.

Ruiz has used the account to make note of James’ mysteriousness about his bubble life. Usually, the Lakers star is quite active about his daily life, from Taco Tuesday to being known as today’s greatest music tastemaker. He’s built a fanbase that wants to know his every move.

“You’re eager to see, OK, where’s LeBron staying at?” Ruiz said. “If [Portland Trail Blazers star Damian Lillard] has a Presidential Suite, where is LeBron staying? It’s kinda this little mystery where I would go on and be, ‘Oh, it’s been a week and LeBron hasn’t shown us his room’ or ‘Hey, LeBron, show us your room.’ Just trying to get a response.”

Fans have been gathering pieces of the puzzle from others. Edwards referred to an interview Kemba Walker gave about the neutralizing factor of the bubble on everyone. The Boston Celtics point guard spoke about seeing James hanging out with some of his teammates around the hotel.

“It’s very rare to see ‘Bron walking by himself and being comfortable,” Walker said. “I was telling someone he probably hasn’t done that since he was probably 9 years old, being able to be so comfortable walking around not worrying about people coming up to him being bothered, asking for something. Now, he’s just regular, not regular, but he’s able to be comfortable and walk around comfortably.”

In what little he has said about his bubble experience, James described it as reminiscent of times past.

“Everyone keeps asking how is the bubble or how is it going, and I just say ‘It’s 2020,’” James told reporters this week. “Nothing is normal in 2020. Nothing seems as is, and who knows if it will ever go back to the way it was. But you make the adjustments and you figure it out along the way, that’s what life is all about.”

Despite remarkable circumstances that have the potential to discourage, the power of camaraderie between teammates in the bubble and among friends bringing a good laugh to strangers on the internet makes it “all good” for many.

‘Black Lives Matter’ to be painted on courts for NBA return