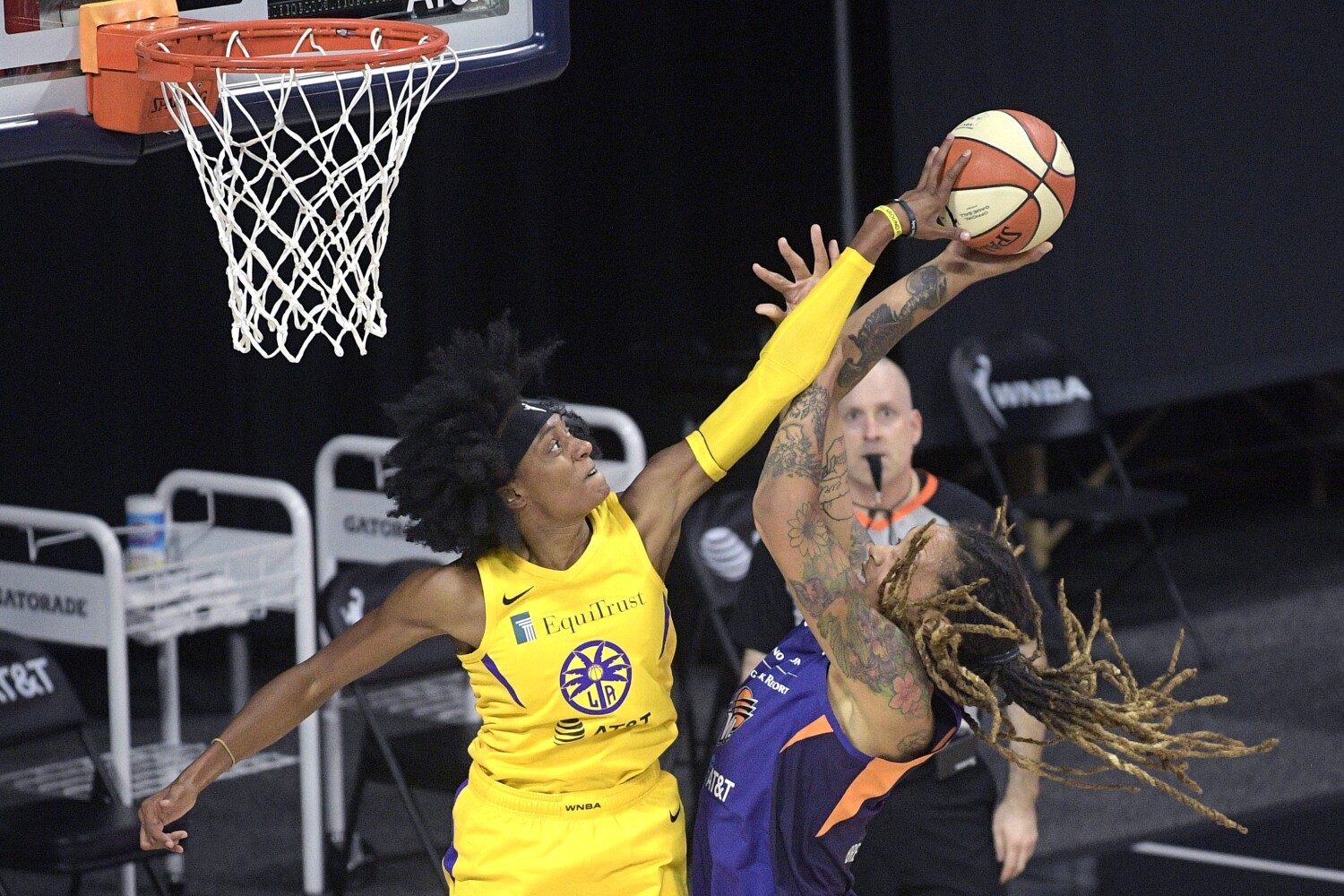 The Sparks rested for much longer than they anticipated, but they were not rusty. After the coronavirus outbreak delayed the WNBA season by two months, the Sparks overpowered the Phoenix Mercury for an emphatic 99-76 win on Saturday in Bradenton, Fla., to open a shortened 22-game regular season.

The Sparks used a dominant 30-8 third quarter to blow away the Mercury in a matchup between Western Conference rivals with championship aspirations after making blockbuster roster moves in the offseason.

One of the Sparks’ acquisitions came up big Saturday as Seimone Augustus made her debut with 14 points on six-for-six shooting. Forward Nneka Ogwumike scored 21 points on eight-for-eight shooting as the Sparks shot 55.9% from the field.

Despite the win and the much-anticipated return to basketball, Ogwumike was quick to refocus the conversation to social justice in an interview with ESPN after the game.

“We’re just very grateful that we were able to honor Breonna Taylor and be able to express ourselves on the court for Black lives and for women,” Ogwumike said.

WNBA players have dedicated the season to Taylor, a Black woman who was killed in her apartment in March when police were executing a “no-knock” warrant in relation to a narcotics raid.

After leaving the court during the national anthem before the game, players and coaches stood shoulder to shoulder during a 26-second moment of silence on the court, honoring the 26-year-old Taylor. Players bowed their heads as cameras panned across their jerseys, which displayed Taylor’s name in white text in a black bar underneath each player’s name on the back of their jerseys.

Diggins-Smith had 14 points and six assists in her Mercury debut and her first game since 2018 as she took last season off after the birth of her son.

Want a Dodgers bobblehead? Run for one