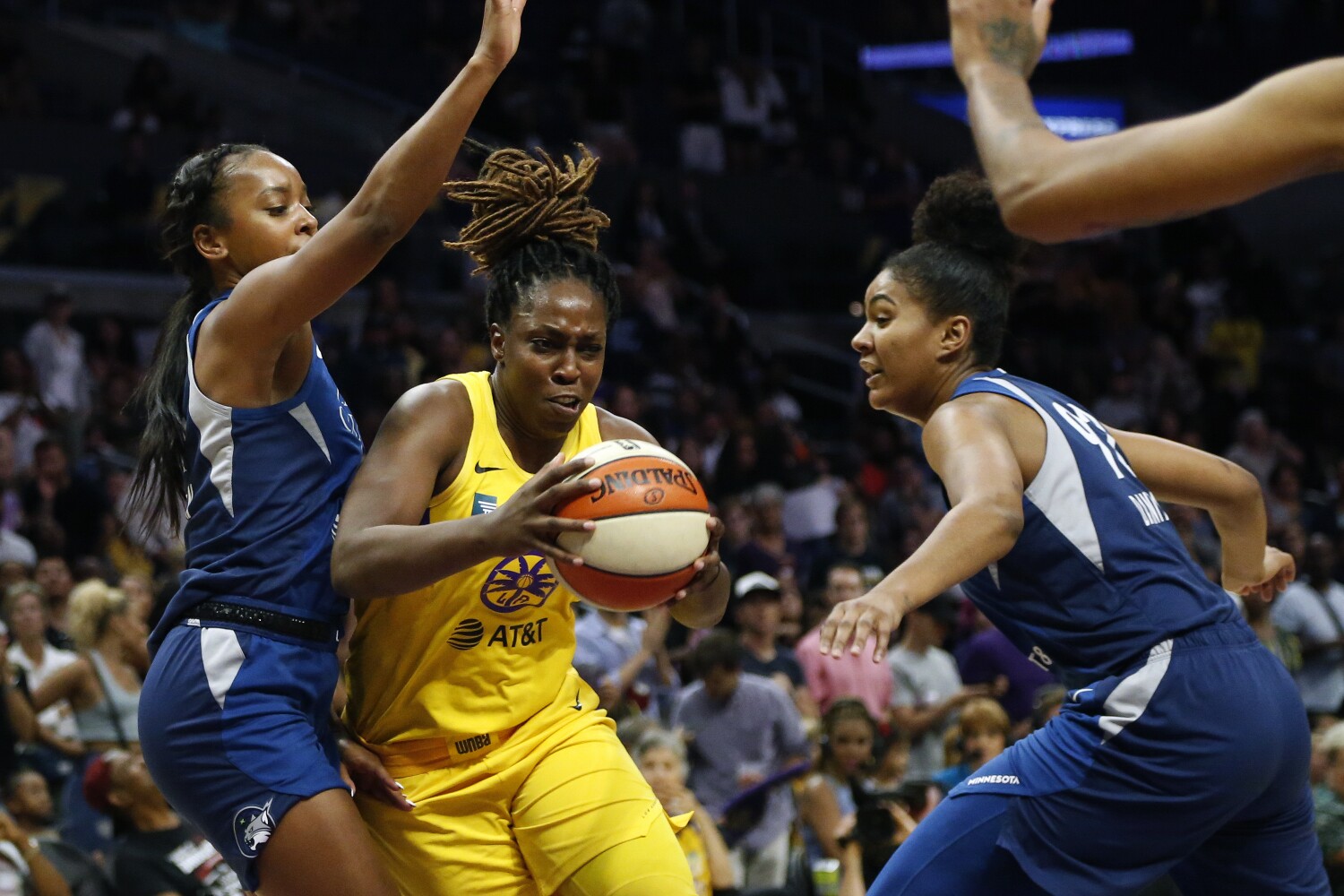 Chelsea Gray serves up tacos with the same ease that she dishes out assists.

Six days before the Sparks’ season opener against the Phoenix Mercury on Saturday, the Sparks’ star point guard spearheaded a Taco Sunday event for her team. There were games and a light-hearted but competitive spelling bee. Gray, who cooked with her wife for the event, was happy to report everyone enjoyed the food, although the gathering went beyond a good meal.

Entering the second season under coach Derek Fisher, the Sparks are focusing on their connection off the court, hoping a shared love of tacos will translate to a bond on the court necessary to win a championship during a season at IMG Academy in Bradenton, Fla., that will test teams in unprecedented ways.

“The relationships within our own team and organization, I think that’s really the only thing that limited us from excelling at a higher level last season,” said Fisher. “That’s the effort in the offseason I think has been made and will continue to be made: developing true, genuine connection and relationships with our players, our staff, the folks that run our organization, so that we really do feel like we’re a family and we’re all in this working and going in the same direction.”

The controversial finish to Fisher’s first year might have overshadowed the team’s third-place finish during the regular season. After getting swept in the WNBA semifinals by the Connecticut Sun, general manager Penny Toler was fired after using a racial slur during a locker room tirade. She is now suing the franchise.

On the court, the lasting memory was the Sparks’ 22-point elimination game loss to the Sun when Candace Parker fumed on the sideline after being benched. Cameras caught the star forward asking “why would he do that right now” when she was pulled with a 15-point deficit and 5:55 left in the third quarter. Standing only a few chairs away, Fisher didn’t look in the direction of his star.

Preparing to start her 13th year in the WNBA, Parker is coming off a career-low 11.2 points per game in the regular season. She credited poor preseason preparation for some of the struggles, including hamstring and ankle injuries that cost her 12 games, but also acknowledged the learning curve of working with a new coaching staff.

“It has to do with just getting to know one another,” Parker said. “I don’t think things went as well as we would have wanted last year and we were still third. So I think it’s more motivation going into this year.”

The pandemic that delayed the season by two months forced teams to get to know each other in creative ways. Zoom meetings replaced in-person practices, and group chats stood in for locker room discussions. When they arrived in Bradenton this month, the Sparks had to integrate six new players, from four-time WNBA champion Seimone Augustus to rookie guard Te’a Cooper, during a condensed training camp.

Augustus and Cooper are already filling unexpected roles for the Sparks as the team tries to overcome losing Kristi Toliver and Chiney Ogwumike, two All-Stars who opted out of the season. Cooper, the team’s only rookie, impressed teammates with her competitiveness and defensive tenacity as she will be one of the many players relied on to fill in for Toliver. While Fisher believes the team can overcome losing its major free agent signing, the coach wistfully admits he had big plans for the former Washington guard who won a title with the Sparks in 2016 before winning another last season with the Mystics.

Fisher knew signing Augustus added a championship pedigree to the roster immediately, but he was surprised to find the longtime Minnesota Lynx star had a sharp sense of humor, too. The unexpected quality makes her a worthy substitute for Ogwumike, who, along with energy and talent off the bench, brought lightness to serious situations.

Less than three weeks after arriving in Florida, the Sparks will take the court while still learning about each other. Speeding up that process, whether through full-court scrimmages or taco-fueled spelling competitions, is even more important during this year’s 22-game, regular-season sprint.

“You don’t have two months, three months to figure it out and now at the end you’re clicking,” Gray said. “I think we have great leaders on this team to be able to push this team forward even when things aren’t perfect.”

Dodgers batters keeping an eye on background behind pitcher

Will there be a 2020 MLB season? Here’s what must be resolved