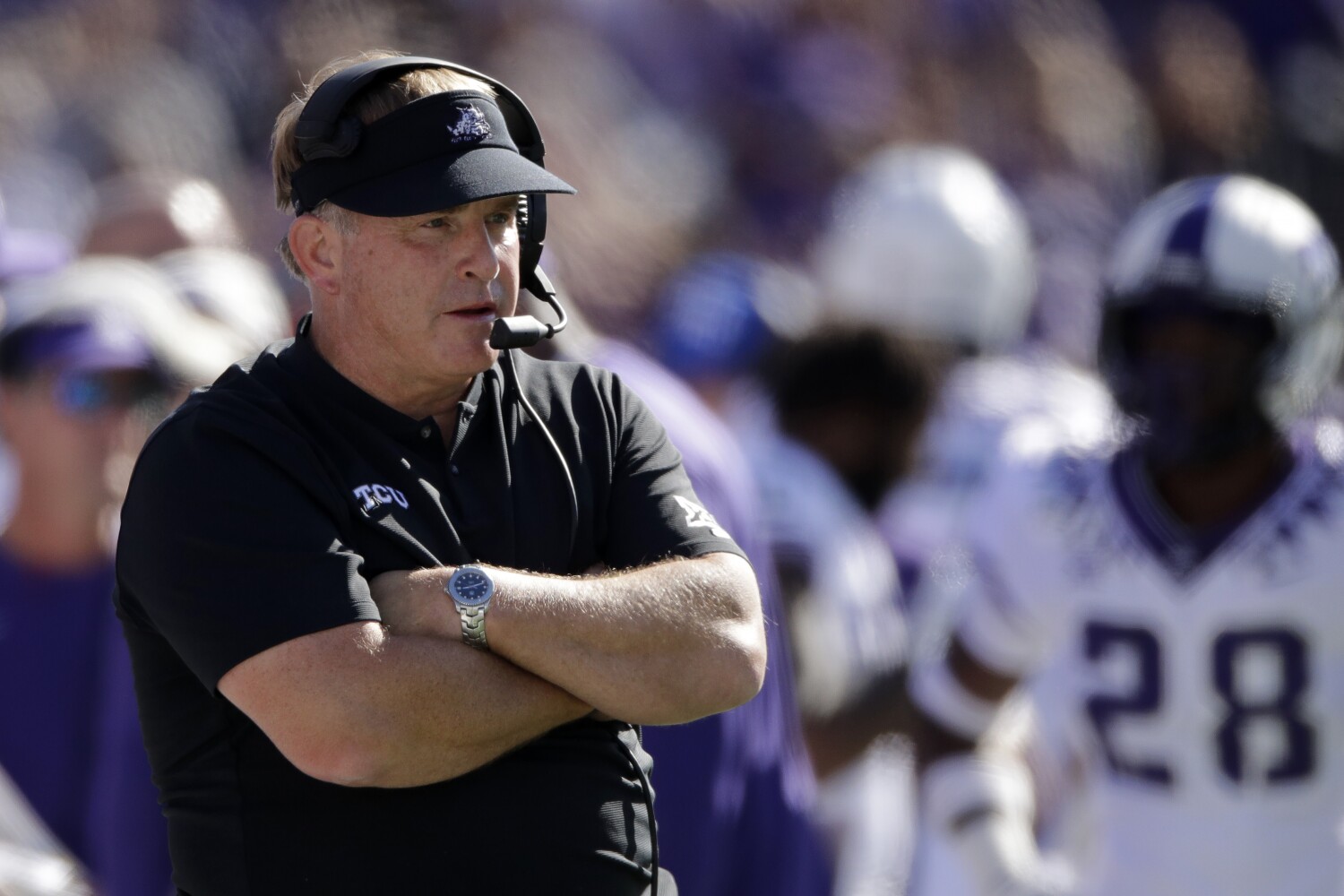 Texas Christian coach Gary Patterson has apologized for using a racial slur in an attempt to stop his players from using that word.

“I apologize for the use of a word that, in any context, is unacceptable,” Patterson said Tuesday in a statement posted on Twitter. “I have always encouraged our players to do better and be better, and I must live by the same standards.”

In a tweet Monday, redshirt freshman Dylan Jordan accused Patterson of using profane language toward him at practice the previous day. Jordan said Patterson also called him a “brat” and threatened to send him home. When he asked why, Jordan tweeted, the coach responded, “You’ve been saying [N-words] in the meeting room.”

Jordan wrote that he and multiple other players refused to participate in a workout Monday because of the incident. He later clarified on Twitter that Patterson did not direct the slur toward him, but said that wasn’t the point.

“It ain’t ab calling me the n- word…. that never happened…” Jordan tweeted. “it’s ab the fact that it’s not acceptable to be said regardless context…”

It ain’t ab calling me the n- word…. that never happened… it’s ab the fact that it’s not acceptable to be said regardless context…

TCU chancellor Victor Boschini said Monday in a letter to the university’s student media that Patterson had apologized for his use of the word.

“He said it trying to ask the players not to use it anymore,” Boschini wrote.

Boschini added that Patterson said the incident would be “a teachable moment for him and many others.”

Patterson said in his statement that he met with the team’s seniors and leadership council about ways to move forward as a team following the incident.

“We are committed as individuals and as a program to fighting racial injustice of any kind,” Patterson wrote.

USC plans on reduced capacity for football games at Coliseum