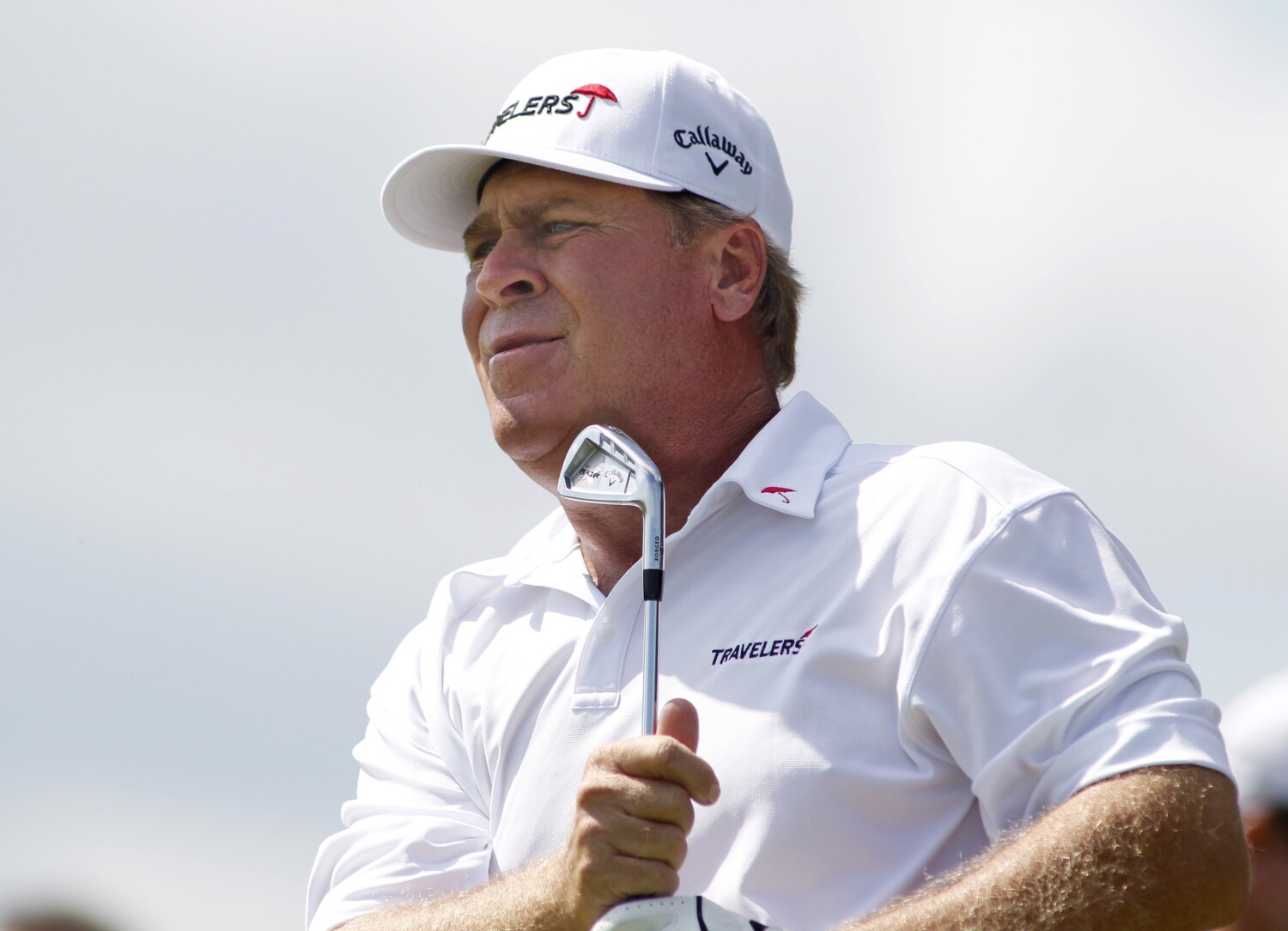 Hal Sutton overcame some heart-stopping moments on the back nine at Riviera Country Club that included three straight bogeys on this date in 1983 and edged Jack Nicklaus by one stroke to win the PGA Championship for his first major title.

Sutton saw a five-shot lead dwindle to just one but he parred the final three holes to hold off Nicklaus, who finished second for the 19th time in a major tournament. Sutton’s total for the four rounds was 10-under-par 274, a score that was two shots better than what Ben Hogan shot at Riviera in winning the 1948 U.S. Open.

Nicklaus was the first to offer congratulations to Sutton. “That will be the first of many for you.”

More memorable games and outstanding sports performances on Aug. 7 through the years:

1907 — Rookie right-hander Walter Johnson, at 19 years old, recorded the first of his 417 big league victories when he pitched the Senators to a 7-2 win over the Cleveland Indians at Washington. Johnson, known as “The Big Train,” played his entire 21-year career for the Senators and his 417 victories are second on the all-time list behind Cy Young’s 511. He was one of the inaugural members of baseball’s Hall of Fame when he was elected in 1936.

1982 — Tommy Haughton, 25, was the youngest driver to win the Hambletonian Stakes when he drove Speed Bowl to victory in the classic trotting race’s 10-horse final at Meadowlands Racetrack in East Rutherford, N.Y. With Jazz Cosmos ahead after three-fourths of a mile, Speed Bowl closed in on the leader and Haughton urged him to push his neck in front in the final few strides to win in 1 minute 57 seconds.

1983 — Distance runner Grete Waitz of Norway won the women’s marathon in the first world track and field championships at Olympic Stadium at Helsinki, Finland. Waitz ran the 26.2 miles in 2 hours 28 minutes 9 seconds, ahead of Marianne Dickerson of the United States and Raisa Smekhnova of the Soviet Union. The Norwegian took the lead at the 19-mile mark and won by over three minutes.

1994 — Carolyn Hill won her only LPGA tournament when she shot a final-round 69 that gave her a three-stroke victory over Nancy Ramsbottom at the McCall’s Classic in Stratton Mountain, Vt. Hill, who tied the tournament record of 13-under-par 275, had made a tour-record 359 starts over 14 years without finishing in first place.

1999 — Wade Boggs, 41, who wound up his stellar career in Tampa Bay, was the first major league player to collect his 3,000th hit with a home run when he connected on a two-run shot off of Chris Haney of the Cleveland Indians at Tropicana Field. Despite Boggs’ milestone, the Devil Rays lost 15-10.

2007 — Barry Bonds, who was suspected of using steroids, broke Henry Aaron’s storied home run record when he hit No. 756 over the right-center field fence off Mike Bacsik of the Washington Nationals in the fifth inning at AT&T Park in San Francisco. Although Aaron did not attend the game, he recorded a congratulatory message in a video that was played on the scoreboard.

2012 — Aly Raisman, 18, was the first U.S. woman gymnast to win a gold medal in floor exercise and she also picked up a bronze medal on the balance beam on the final day of competition at the London Summer Olympics. Railman, the captain of the U.S. team, just missed a medal in the all-around, when she finished with the same score as Russia’s Aliya Mustafina but dropped to fourth place on a tiebreaker.

2016 — Three years after Jim Furyk became the sixth player to shoot a 59, he took it even lower at the Travelers Championship when he fired a 58, the first on the PGA Tour, in the final round. Furyk had an eagle and seven straight birdies when he made the turn and his last birdie came at No. 16. He finished tied for fifth at 11-under par, three strokes behind the winner Russell Knox.

2016 — Ichiro Suzuki of the Miami Marlins hit a stand-up triple off the wall in the seventh inning from a pitch by reliever Chris Rusin for his 3,000th hit in the major leagues. He became the 30th player and the first from Japan to reach the milestone in a 10-7 win over Colorado Rockies at Coors Field. Suzuki’s hit gave him a total of 4,278 for 25 seasons at the time, nine of which were played in Japan.

Bubbles? May Madness? A delayed college basketball season could require both