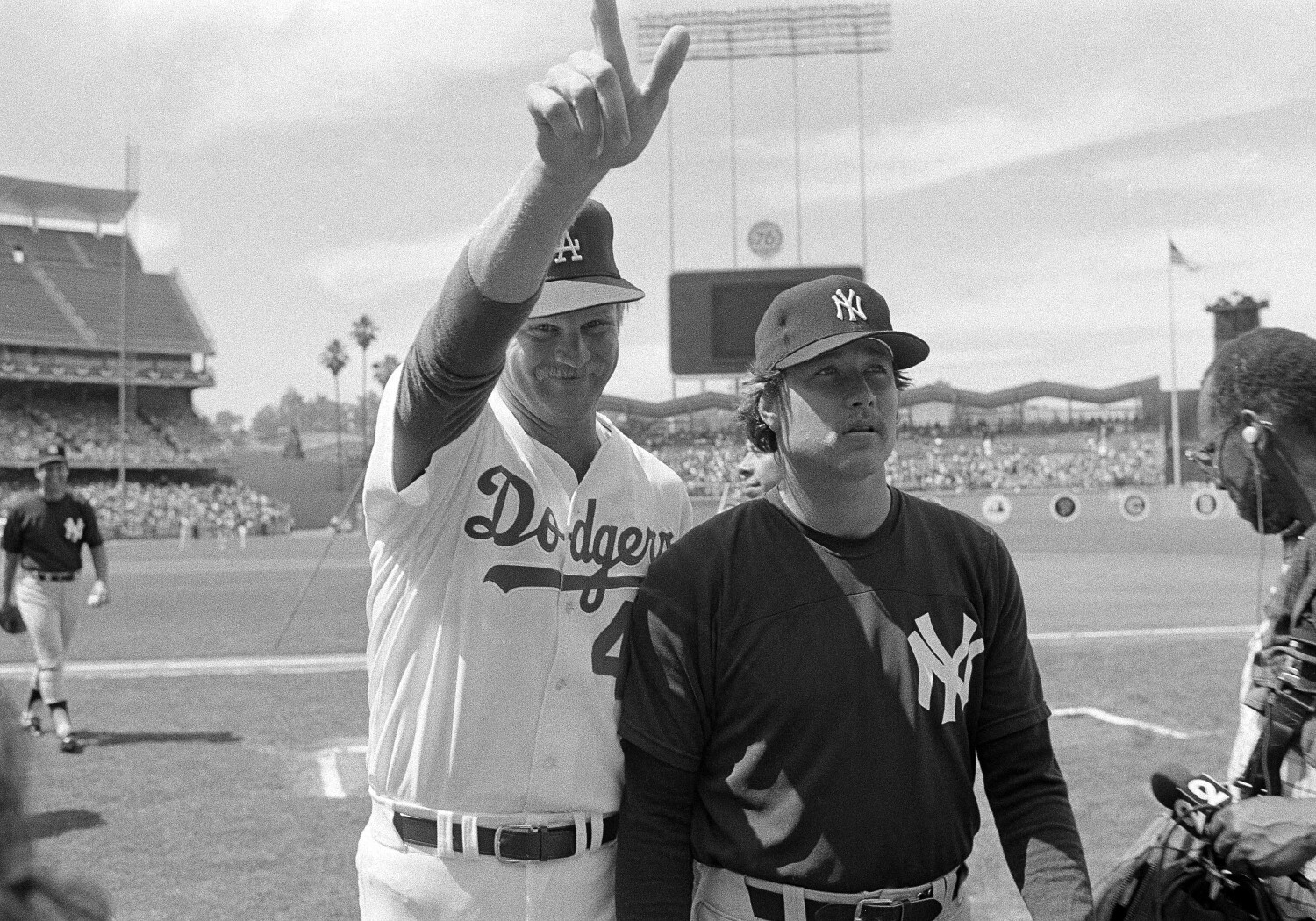 Jerry Reuss pitched the first no-hitter of the season on this date in 1980, an 8-0 shutout against the San Francisco Giants at Candlestick Park and the first for the Dodgers since Bill Singer’s against Philadelphia on July 20, 1970.

The only player to reach base was Jack Clark in the first inning on a throwing error by shortstop Bill Russell.

It was the first no-hitter of his lifetime for the left-handed Reuss, who had started the season in the bullpen. He was asked after the game when he started thinking about it?

“In the first inning,” Reuss deadpanned. “Any time I get the side out, I think no-hitter.”

In current times, the Dodgers were scheduled to play a late-afternoon game Saturday against the Giants in San Francisco. The Angels had a day-game date with the Blue Jays at Toronto. Both baseball games were postponed because of the COVID-19 pandemic.

1924 — Walter Hagen wins his second British Open when he finishes with a total of 301 to edge Ernest Whitcombe by a stroke at Royal Liverpool Golf Club at Hoylake, England. Hagen had won the Open two years earlier to become the first winner born in the United States. The latest is the fifth of his 11 major titles.

1973 — David Clyde, a $125,000, 18-year-old bonus baby from Westchester High in Houston, pitches five innings, strikes out eight and allows one hit in his first big league start for the Texas Rangers. Texas beats the Minnesota Twins 4-3 in front of 35,698 fans — the Rangers’ first home sellout at Arlington Stadium.

1992 — Top-seeded Jim Courier, the reigning Australian and French Open champion, loses 6-4, 4-6, 6-4, 6-4 to qualifier and 193rd-ranked Andrei Olhovskiy of Russia in the third round at Wimbledon. It’s the first time in the All England Club tournament’s history that a qualifier beats the top-seeded player.

1999 — Juli Inkster shoots a six-under-par 65 to win the LPGA Championship at DuPont Country Club in Wilmington, Del., and is the second woman to win the modern career Grand Slam. Pat Bradley had won her Grand Slam 13 years earlier. In the final round, Inkster breaks out of a three-way tie when she eagles the 16th hole and goes on to win by four shots.

2006 — Roger Federer wins his record 42nd straight grass-court match when he beats Richard Gasquet of France 6-3, 6-2, 6-2 in the opening round of his bid for a fourth consecutive Wimbledon championship. Federer breaks the record he shares with Bjorn Borg, the five-time Wimbledon champion who had won 41 straight matches on grass from 1976-1981.

2010 — Cristie Kerr cruises to a 12-stroke victory in the LPGA Championship at Locust Hill Country Club in Pittsfield, N.Y., in one of the most lopsided wins at a major tournament. She breaks the event’s record for victory margin of 11 set by Betsy King in 1992 and matches the second-biggest victory in a major championship.

2017 — Florida scores four runs in the eighth inning to pull away from Louisiana State, and the Gators beat their Southeastern Conference rival 6-1 to complete a two-game sweep in the College World Series finals at Omaha, Neb., for their first national title in baseball. The Tigers lose for the first time in seven appearances in a championship series.

Clippers on brink of history: Five takeaways from Game 4 win

One golfer at the PGA Championship isn’t keeping score