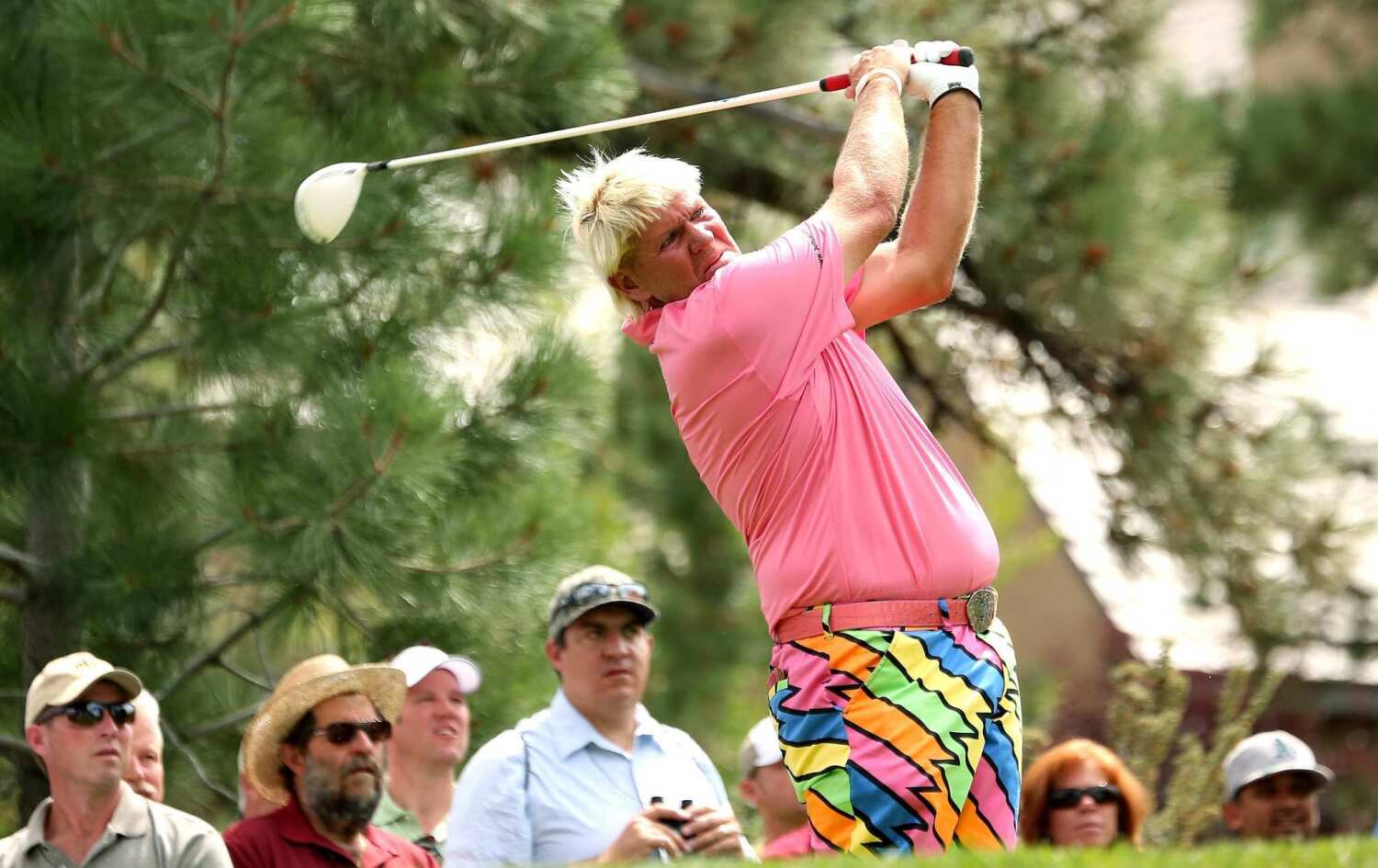 John Daly battled the winds and Costantino Rocca on this date in 1995 to win the British Open on the Old Course at St. Andrews, Scotland, by four strokes in a four-hole playoff.

Rocca pulled into a tie with Daly, at six-under-par 282, when he sank a 66-foot putt on the 72nd hole and sent the Open into the playoff.

The victory for the Old Claret Jug was Daly’s second major title — he had won the PGA Championship in 1991 at Crooked Stick in Carmel, Ind. — and gave his sagging career new life. He began the year on a leave of absence from the PGA Tour after acknowledging he had a drinking problem.

“To win here at St. Andrews is a lifetime dream for anybody,” Daly said. “And mine’s come true today.”

1921 — At the annual Harvard-Yale vs. Cambridge-Oxford track and field meet at Harvard Stadium, Harvard’s Edward Gourdin sets the world record in the long jump with a leap of 25 feet 2 inches, the first time anyone had gone past the 25-foot mark. Gourdin’s jump was measured at 25-3 but the official record in the U.S. Track and Field journal was recorded at 25-2.

1960 — Betsy Rawls is the first woman to win the U.S. Women’s Open golf title four times when she beats Joyce Ziske by one shot at the Worcester Country Club in Worcester, Mass. Rawls, from Spartanburg, S.C., got into contention after shooting a four-under-par 68 in the third round. Although she slipped to a three-over-par 75 in the final round, her score was still good enough to top Ziske.

1966 — Just two days before his 26th birthday, John Pennel sets a world record in the pole vault when he cleared the bar at 17 feet, 6¼ inches on his final try at The Times International Games in front of a crowd of more than 27,000 at the Coliseum. Pennel broke the record of 17-5½ held by his roommate, Bob Seagren, who set the mark two months earlier in May at the Fresno Relays.

1976 — Dick Williams, who led Boston and Oakland to American League pennants with his sharp tongue and drill-sergeant actions, is fired by the Angels and replaced by former Dodgers catcher Norm Sherry. The Angels, who were on their way to the worst record in their history, said that Williams was not the man to inspire a club of young and inexperienced players, several of whom had complained to the front office about Williams’ managerial methods.

1976 — The exhibition game between the NFL’s world champion Pittsburgh Steelers and the College All-Stars is called late in the third quarter when rain and wind from a deluge of thunderstorms made conditions unplayable at Soldier Field in Chicago. The Steelers, who led the annual charity contest 9-0 at halftime, scored two touchdowns on runs by Franco Harris and Tommy Reamon before the game was stopped with Pittsburgh ahead 24-0. It was the last game in the series that began in 1934.

2000 — Tiger Woods, 24, became the youngest player to win the career Grand Slam when he shot a 19-under-par 269 in the British Open on the Old Course at St. Andrews. Woods was briefly challenged by David Duval but pulled away for an eight-stroke victory, the largest in 87 years of golf’s oldest championship. Woods was the first player to win all four majors since Jack Nicklaus took the British Open in 1966 at age 26. The other players to win the career Grand Slam were Gene Sarazen in 1935, Ben Hogan in 1953 and Gary Player in 1965.

2009 — Mark Buehrle sends the Chicago White Sox into a tie with Detroit for first place in the American League Central Division when he pitched the 18th perfect game in baseball history, a 5-0 win over the Tampa Bay Rays at U.S. Cellular Field in Chicago. Buehrle, a four-time All-Star who had pitched a no-hitter against Texas in 2007, joined Frank Smith (1905, 1908) as the only White Sox pitchers to throw two no-hitters. Josh Fields gave Buehrle all the run support he needed when the first baseman hit a grand slam off Scott Kazmir in the second inning.

2012 — Penn State is punished for its role in the sexual-abuse scandal involving former assistant coach Jerry Sandusky when the NCAA dropped the hammer on the football program with penalties that included an unprecedented $60-million fine, a four-year ban from postseason play and a forfeit of 80 football scholarships. Players were allowed to transfer to any other school without restriction, which threatened further damage to the program.

2017 — Jordan Spieth, 23, avoids a collapse by playing a remarkable string of holes on the back nine, that held off a charging Matt Kuchar, to win the British Open at Royal Birkdale in Southport, England, for his third major championship. Spieth won by three shots — the same margin he had when the day started — after a final-round one-under-par 69. He joined Jack Nicklaus as the only players to win three legs of a career Grand Slam before the age of 24.