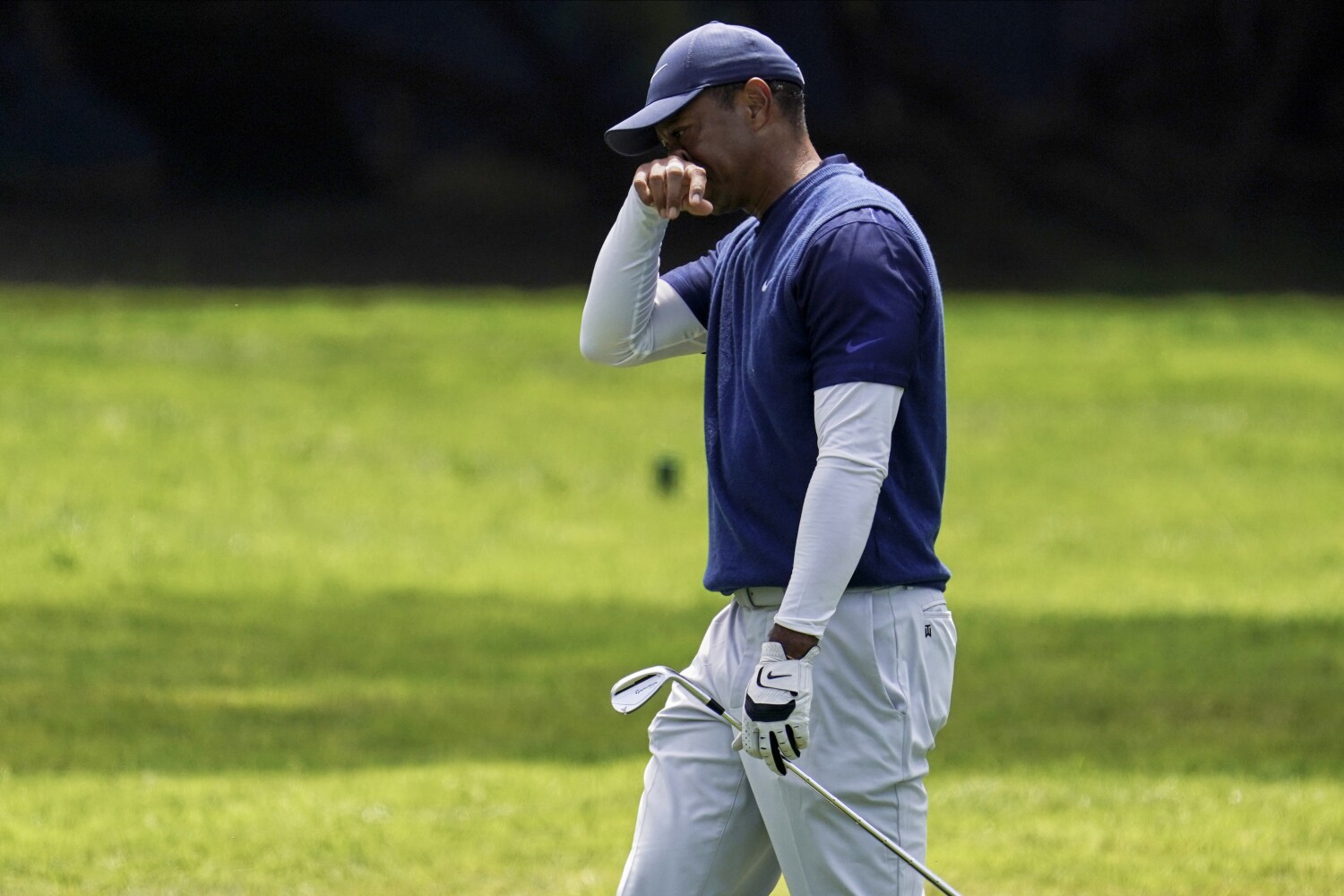 In every major championship, Tiger Woods can’t help but hear the ticking.

The odds of him matching or surpassing Jack Nicklaus’ record of 18 major championship victories grow slimmer by the year.

Barring a miracle, Woods won’t add to his 15 at Harding Park. He shot a two-over-par 72 on Saturday, unable to replicate his putting accuracy of the opening round.

He’s 44, and the opportunities are dwindling.

“There’s not as many as when I first started playing,” Woods said. “The reality is that the golf courses are getting bigger. They are getting longer. The margin between making the cut and the lead is a lot smaller than it used to be. Used to be sometimes 12 to 15 shots.

In the first round, he wasn’t driving the ball well but was putting great. In the second, he fixed his drives but lost his putting touch. On Saturday, he didn’t drive it as well, made up for it with some good approaches, but again failed to drain the putts he needed — especially early in his round, when he could have gathered some momentum.

He made 114 feet 9 inches on 28 putts in the opening round, but Saturday made 70-5 on 31 putts. Generally speaking, the leaders and the also-rans are separated by who can sink the putts. For Woods, a problem was a disconnect between the reality of the greens and what his eyes were seeing.

“I’ve always struggled my entire career when the greens look fast and they putt slow,” he said. “That’s always been the case, and sometimes I’ll add lead tape to my putter to make sure I get a little more weight to get the balls to the hole, but it’s about feel, what I’m feeling in my feet and what I see, overall awareness of how I’m reading the putts; sometimes just don’t match up.”

What’s more, no one feels the lack of spectators more acutely than the game’s biggest draw, someone who attracts a massive tee-to-green gallery in every tournament.

“The distractions are different. I’ve heard a few guys yelling at the cameramen or photographers who are 60, 70 yards away, just not moving. Normally we have thousands of people and you don’t really see that. It’s almost like white noise.”

From the start, Woods has been able to use that spotlight to his advantage — even though it might rattle fellow competitors. For the moment, that’s all a memory.

“I’ve been accustomed to playing with a lot of people, and a lot of sounds and a lot of movement for my entire career,” he said. “Some of the guys were joking with me at Memorial saying, ‘Now you know how we feel.’ ”

Justin Thomas got off to a scorching start Saturday with five birdies in the first seven holes before slamming on the brakes with bogeys on eight and nine.

That’s when his round went from magnificent to meh, with a birdie, six pars, and two bogeys on the back nine. He wound up shooting a two-under 68, which was certainly respectable but not what he had hoped.

“I’m pissed off. That’s really the best way to describe it,” said Thomas, three years removed from his victory in the 2017 PGA. “I let a really good round go and really had a great opportunity to put myself in a good position going into tomorrow. I just didn’t capitalize on the back nine.”

Long game on the green

Never mind Bryson DeChambeau’s explosive drives, did you see that putt? He birdied the 18th hole by sinking a 95-foot 5-inch putt that traveled nearly the length of the green from bottom to top. Watching it go in, he dropped his putter, pulled off his Kangol hat and ran his hand through his hair in amazement.

“Came up a little short and you know walked it off, 96 feet,” he said. “And I just said to myself, ‘Well, I think this line looks pretty good.’ We’ve been doing a lot of speed testing out there, so I knew I had to hit it like 130 feet relative to all of our stuff. And you know, for me, I just felt like I hit it 130 feet and I was able to start it on line and saw it kept going closer and closer to the hole and eventually dropped.”